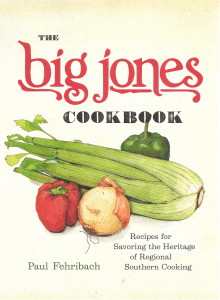 There are chefs who lock up their recipes like they are state secrets, and there are others who are very generous about sharing their cooking tips. Paul Fehribach has always been in the latter group as chef-owner of Big Jones, the restaurant on Chicago’s North Side where he dishes up his heavily tradition-influenced Southern cuisine.

Now, after years of handing out recipes to customers who asked, Fehribach has compiled them into The Big Jones Cookbook, which is scheduled for release by University of Chicago Press in April. If you are looking for a last-minute gift for a foodie relative or friend, it is available for pre-sale on the Big Jones website.

As an added incentive to buy the book, Fehribach has included recipes for two of his trademark dishes — lard-fried chicken and cornbread — that were the only ones that he had not previously shared. “Those are pretty unique and proprietary recipes,” Fehribach said during an interview at the restaurant in the Andersonville neighborhood. “I wanted to make sure those recipes were published in print before they started circulating in public, just because they’re very unique.”

Fehribach — who will provide samples of his food at FamilyFarmed’s Localicious tasting event on March 20, as he has for several years — said he has no concerns that he will be giving too much away by enabling home cooks to try their hands at his recipes.

“I took that advice that if you can share something like that with people, it kind of makes them have a stronger attachment to you,” Fehribach said. “We get people here all the time who say, I made the biscuits from your blog and they’re just awesome. I made the shrimp and grits and they’re just awesome. And they’re sitting there eating shrimp and grits. I think it’s a good thing to share that kind of stuff.”

If you are expecting this renowned interpreter of Southern cooking to have a serious drawl or be a larger-than-life figure like famed New Orleans chef Paul Prudhomme, it would be the only time you would find yourself in the wrong place at Big Jones. Fehribach grew up in Jasper, Indiana, not far from Louisville, Kentucky, but a great distance from the Deep South, coastal Carolinas, and Appalachian Mountains that provide the inspiration for most of his cooking. 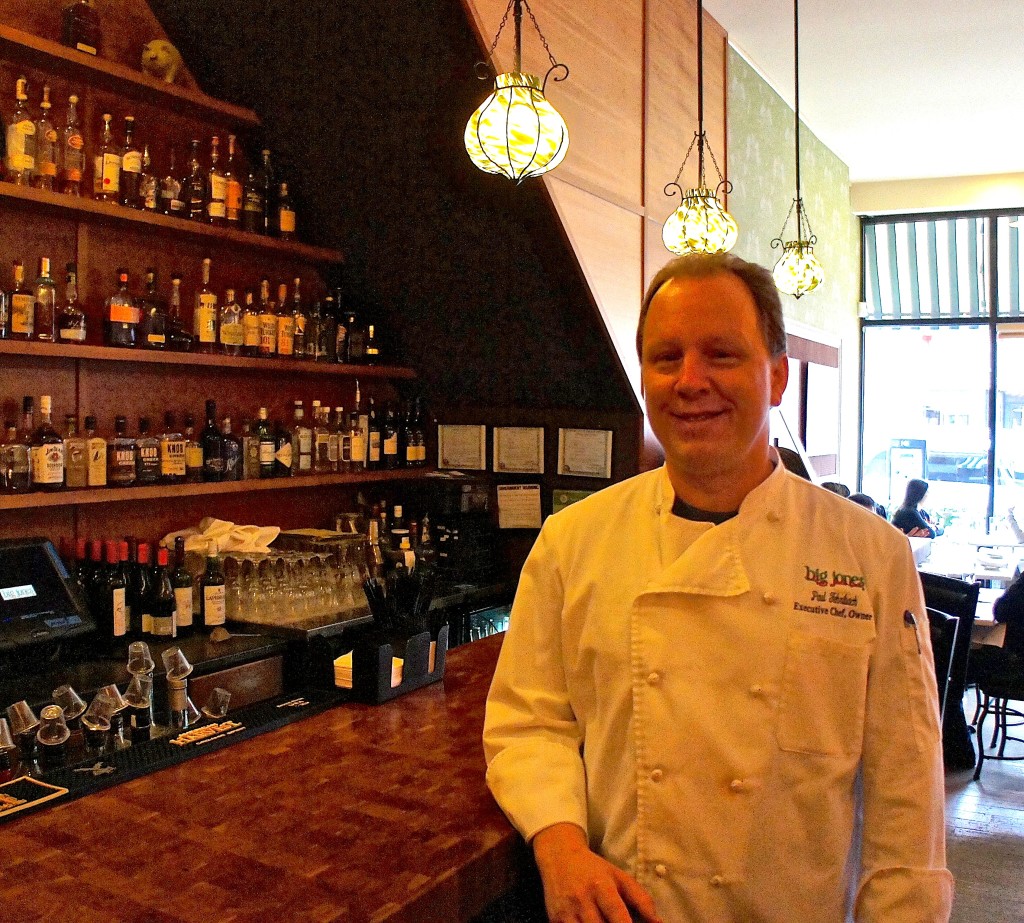 Fehribach’s first intense interest in food was French cuisine, and his cooking skills first drew serious attention when he worked at a now-closed Southeast Asian restaurant called Hi Ricky Noodle Shop. It was his last gig before opening Big Jones, at the still-popular music bar and restaurant Schuba’s in Lakeview, that steered him toward a focus on Southern cuisine.

“With the history there of country-music programming, honky tonk, rockabilly, to me it seemed to me that Southern was a logical direction to go,” he said. And what began as a studious exploration of the roots of Southern cooking became a deep dive for Fehribach, who scoured libraries for ancient regional cookbooks and sought out sources for heritage ingredients that had long ago disappeared from markets and store shelves.

Even a relative brief conversation with Fehribach yields an entrée-sized portion of food education. You are apt to learn that he is developing a project with Glenn Roberts of Anson Mills — a Columbia, South Carolina, company from which he sources much of his grain — to experiment with growing rice on dry land in the Midwest. Seedling Orchard, located not far from Chicago in South Haven, Michigan, is planting a 16th century French apple variety that Fehribach says has “nothing to do with the South, they’re just the best cooking apples,” and rarely-seen blood peaches that originated in Appalachia. And you learn that both pigs and peaches both arrived in America courtesy of the expeditions of Spanish explorer Hernando de Soto.

Fehribach said it was not his intention to be at the cutting edge of the growing heritage food movement, but rather was driven by his desire to create a new niche in the Chicago restaurant scene. “When we opened in 2008 and had pimento cheese on our menu and all of these other things, we had no idea we were going to be in the vanguard of something,” he said, adding, “Now, all of a sudden, the novelty is obscure grains and livestock breeds. So that’s sort of the new vanguard. The 19th century.”

His literally granular interest in all things food is one of the main reasons he said he enjoys participating in Localicious event, part of FamilyFarmed’s annual Good Food Festival and Conference that draws experts from all facets of the Good Food movement to Chicago’s UIC Forum each March.

“The community that shows up at that event is just phenomenal. In terms of the people we get to hang out with, it has become my favorite event of the year,” Fehribach said. “Last year we met Diana Whealy, who was a founder of the Seed Savers Exchange, one of my all-time life heroes. And you’re not going to meet her anywhere else in Chicago at any events like that.”

Big Jones is located at 5347 North Clark Street in Chicago. It is open seven days a week for lunch and dinner, with brunch service on weekends.