It is Craft Spirits Week in Chicago, a citywide series of tasting events pivoting around the Independent Spirits Expo at the Chicago Hilton hotel Wednesday (Sept. 25). What better way to warm up for one of the year’s biggest craft sampling events than with a tip of the hat to the nation’s original “microdistillers:” the frontiersmen whose stills produced the early bourbons and ryes that became the indigenous American liquors? 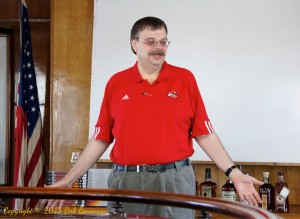 Michael R. Veach, whose work as a bourbon historian has earned him a place in the Kentucky Bourbon Hall of Fame, conducted a seven-hour-long program of lectures and tastings Tuesday aboard a ship, moored in downtown’s Monroe Harbor, that is home to Chicago’s Columbia Yacht Club. Even at that length, the seminar was a condensation of a four-week course Veach teaches at the Filson Historical Society in Louisville, where he is curator of special collections.

Veach, who also is author of Kentucky Bourbon Whiskey: An American Heritage, a book published this year, spent a considerable portion of the program on the early history of corn and rye whiskeys. When the United States was founded in the late 18th century, places such as Kentucky and western Pennsylvania, where much of the nation’s early spirits making arose, were what Veach described as “the wild West” of the day.

The whiskeys of the day were mainly produced by farmer-distillers, and according to Veach, “Whiskey was a very important part of the economic and social life of these people. Any time there was a cabin or barn raising, wedding, or funeral, someone brought a jug.”

He added that the term “having an eye opener” originated in this context. “Frontier life was very difficult from sunup to sundown. It was constant toil,” Veach said. “That little bit of whiskey helped your day go by a little bit better.”

The institution of a whiskey tax in 1791 to finance federal government debts owed from the Revolutionary War sparked the Whiskey Rebellion, the nation’s first constitutional crisis. Yet Veach said the episode did not really amount to much. The mobs that harassed federal tax collectors in western Pennsylvania had already dispersed by the time an army of 13,000 that President George Washington had sent into the region arrived, and the rebellion ended with no armed clashes.

The whiskeys of Scotland and Ireland, the homelands of many immigrants who settled the American frontier, were largely produced from fermented barley. But the distillers in these isolated mountain regions went with what was locally available, which was mainly corn in Kentucky and largely rye in Pennsylvania. 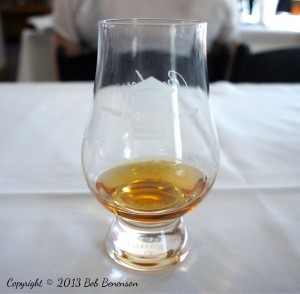 During the nation’s early decades, much of the spirits created were unaged whiskeys, often described as white whiskey, white lightning, or moonshine, which never saw the inside of a barrel. But by the 1820s, not only was barrel aging more common, but the idea of charring the insides of barrels to age American whiskey — eventually made a requirement for a spirit to be labeled a bourbon or rye — was taking hold.

The era of American whiskey making as a cottage industry waned in the decades prior to the Civil War, as the Industrial Revolution, the emergence of railroads and steamships, and the rise of product marketing abetted the growth of industrial distilling operations. Even after the nation’s failed 13-year experiment in outright prohibition of making and selling alcoholic beverages ended in 1933, federal and state government regulations created insuperable obstacles for small producers, leaving the business dominated by big commercial producers. 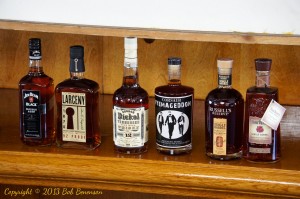 Veach noted that it has only been within the past five or so years that the modern craft distilling sector has taken root and quickly expanded, as states relaxed or eliminated the post-Prohibition laws and regulations that had previously prevented its development.

This phenomenon will be on display at the Independent Spirits Expo, at which craft bourbons and ryes from producers such as Corsair (Tennessee), Few (Illinois), Journeyman (Michigan), Mississippi River (Iowa), and Redemption (Indiana) will be sampled.

The Independent Spirits Expo is a ticketed event that will take place on the evening of Wed., Sept. 25, at the Hilton Chicago Hotel and Towers, 720 S. Michigan Ave.