Craft spirits tasting events are, by their very nature, fun. But the annual Independent Spirits Expo in Chicago, the latest rendition of which was held Tuesday (Sept. 30), also has a highly informative side.

Each year, in the afternoon before the evening of beverage sampling, the Expo organizers stage a panel of experts from across the industry spectrum — from producers to wholesalers, and from distributors to bar owners — who provide their views on the current issues facing the spirits world. This year, the industry panel was followed by a second that highlighted the growing role played by women in the spirits business.

The earlier panel was moderated by Aaron Zacharias, who owns two restaurants/bars on Chicago’s North Side that have long been known for their craft beer and whiskey selections: Fountainhead and Bar on Buena. He will soon be opening another, The Northman, that will be the first in Chicago, and one of the few in the nation, dedicated to the increasingly popular genre of hard cider.

The panel ended with a roundup, prompted by Zacharias, in which the other participants provided their outlook for the spirits industry in the years ahead. For an observer involved in the Good Food movement, a lot of these insights were full of familiar buzzwords. Local. Regional. Artisanal. Craft. Farm to Table.

And for those of a food entrepreneurial bent, there was mostly good news in predictions of a continuation of the rapid growth the industry has enjoyed in recent years — with a caution that any economic downtown could cause something of an industry shakeout.

Here are excerpts from the panel’s commentators:

Sean McQueen, brand manager, Mississippi River Distilling, LeClaire, Iowa: “It was mentioned earlier about rolling the clock back to the old way of distilling, and going back to the kind of craft distilling flavors and character than you’re going to get out of a whiskey, away from the mass production side of it. That’s really what we’re looking at, and you see more and more people coming into that. They’re interested in the farmers markets, they want to know where their food is coming from, the farm-to-table and grain-to-glass movements really seem to be the way to go.

Scott Crestodina, owner, Independent Spirits (a retail store on Chicago’s North Side): “I think the whiskey renaissance is just getting started… Small-production whiskey is just going to keep getting better and better. The cocktail scene is still just taking off. Amaros, fernets, old-world liqueurs. Look backwards and finding Old World liqueurs that people still have yet to discover.” 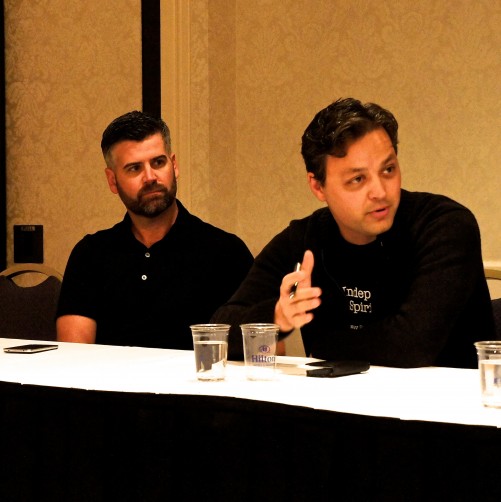 Noelle DiPrizio, owner, Chicago Distilling Company, a local craft producer that uses organic grain grown in Illinois: “I think you’re going to see a lot of money behind the craft movement. You’re going to see some craft distilleries opening that have very deep pockets. That could be good, it could be bad. The onus is going to be on, state by state, what is considered to be a craft distiller, and how do you keep it down to a reasonable limitation.”

Peter F. Wilkins, Midwest Brand Manager, International Beverage Company: “The continued growth of small distilleries is good. It introduces the consumer to more flavors and more products like your Malort and other things… These new foods, farm to table stuff, spirits should be moving along in that process as well.” 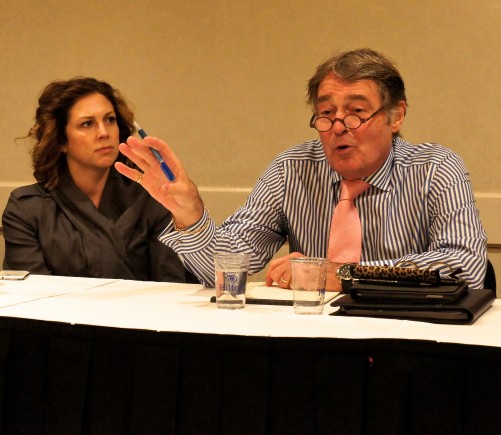 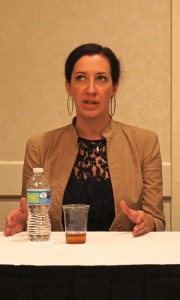 Monique Huston, Elite Spirits Portfolio Manager at Stoller/Glazer, a wholesale distributor: “We are living in the most amazing renaissance period era in terms of amazing food, amazing spirits, amazing cocktails. If you go back 50 or 100 years, there were some poor things being made, there were some bad beers out there, there were some bad spirits out there, there were some average spirits out there. Now, due to all of you and all of us and a lot of consumers, there are no longer bad versus good choices. It’s good versus better versus best. And it’s continuing to seek out those really, really good spirits, good cocktails, good food, that we continue to grow and change. Eat the best things, drink the best things and profit from the market. It’s wonderful.”

Dave Pickerell, managing member at Oak View Consulting in Louisville, Kentucky, former master distiller at Maker’s Mark bourbon: “We’re in a nice economic cycle right now. We’re going to continue to see an explosion of new craft spirits on the market… We’re also going to see what I call cash flow projects that will keep your lights on until your aged whiskey comes out. My crystal ball does, however, say, watch out for the next economic downturn, because whenever that happens, that will be the first time we’ll actually see craft spirit companies go belly up. Right now, the vote that counts is the vote that people make with their own money. Right now, people are willing to vote for local, and show patience and hope that things will continue to get better and better. But once we get to another large economic downturn, people will start cutting back and they’ll distinguish between really good craft spirits and O.K. craft spirits, and that’s when we’ll start to see the downturn in the numbers.”

Peter Vestinos, Chicago-based cocktail and brand consultant: “In the restaurant world, you see in an economic downturn you start seeing these restaurants that were doing a really good job close. Drinkers move to drinking at home. It’s a great opportunity now, I get asked to do home cocktail classes all the time, they really want to know how to make a drink. I think there’s a real opportunity for us to educate consumers on making drinks at home and putting the tool into their hands to really by a bottle instead of one drink at a bar.” 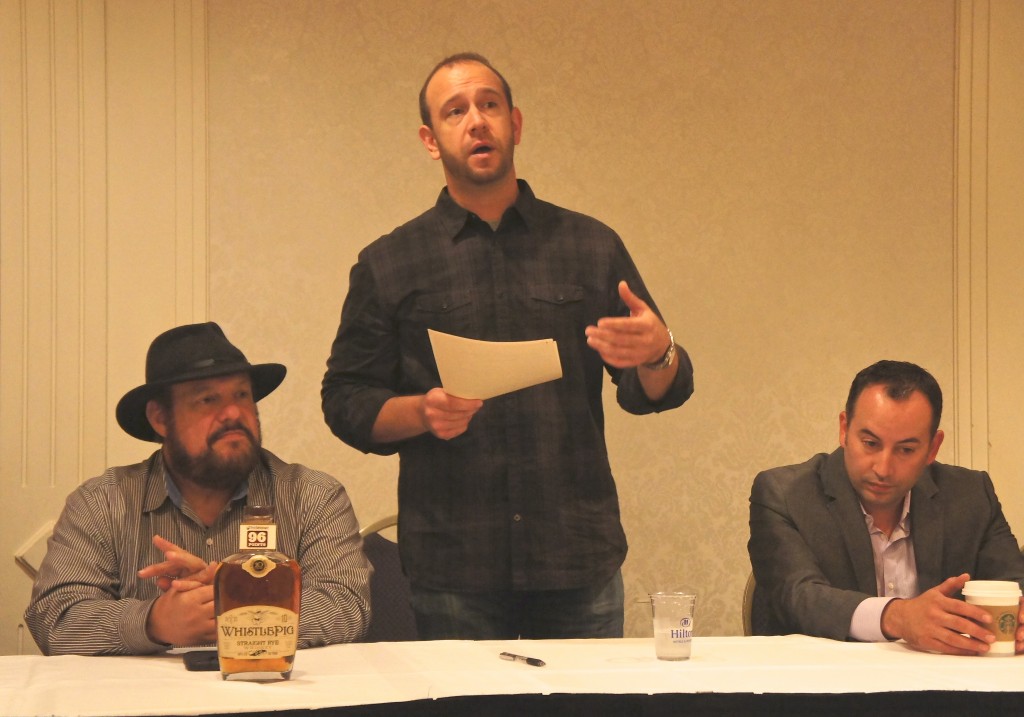 Dan Kaman, regional sales manager, Blackheath Beverage Group: “I think it’s education, letting people learn more about drinks, how they’re made. The more educated we become as a group is just going to help everybody out.” 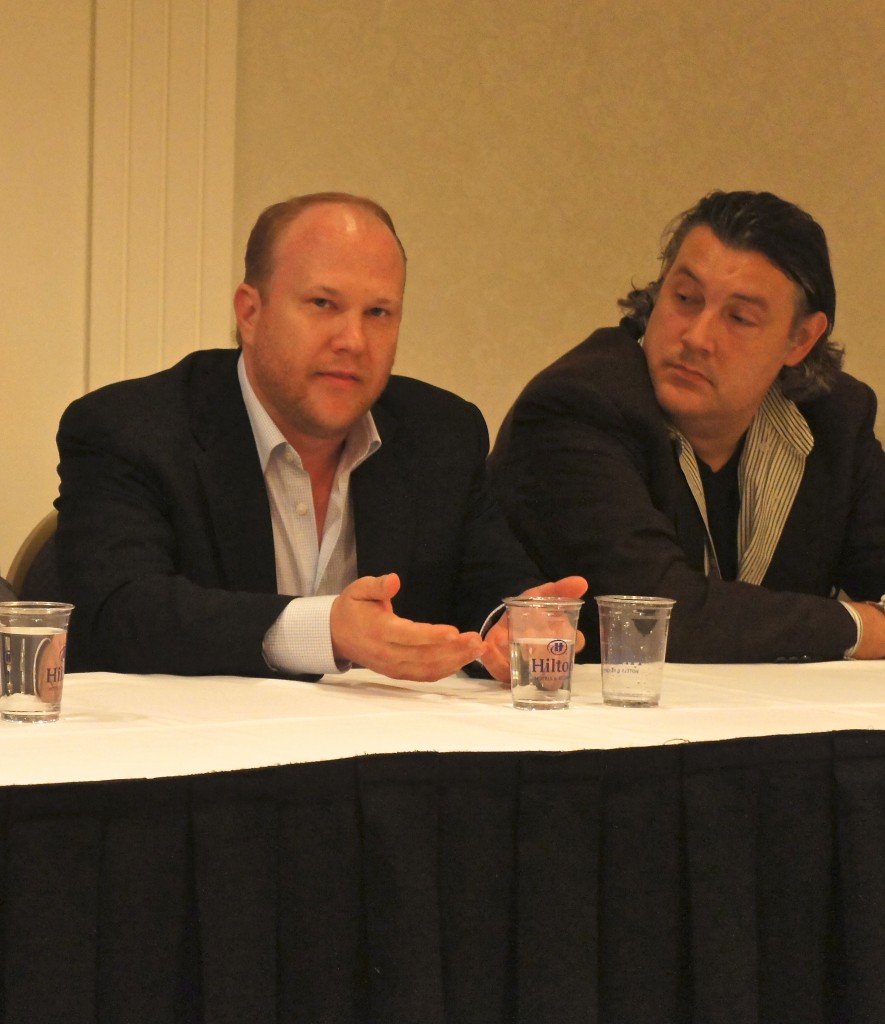 Jason Griffin, Wirtz Beverage Group craft divisional manager: “I want to also emphasize the education part. It’s the obligation of us in the business to educate consumers more… At the end of the day, if we don’t do this, we’ll continue to be this small, minute segment of the industy. You see the term ‘fine wines’ used to this date. It took a long time for the wine industry to do that. So each time you’re out there, make sure you’re educating people and driving that home.”

Paul Hletko, owner/distiller, FEW Spirits, Evanston, Illinois: “It’s got to be more of people doing what they do. Less me-too and more here is what we do. Be proud of what you do. If your product sucks, the market will tell you that quickly… But if you’re doing something new, different, unique, the market will tell you long-term. Everybody wins. The less me-toos, the more uniqueness there is, the better we all do.”

Dave Schmier, brand owner of Redemption Rye/Temptation Bourbon/Riverboat Rye: “I think the next couple of years are really going to be a roller coaster. I think we’ve been flying high the past couple of years. Everyone is interested in what we’re doing. There’s tremendous demand, especially in whiskey. There’s a lot of money being thrown around… That’s great and these people are going to make what we do bigger. But there’s also more competition. To Paul’s point, if you do well and stick to your guns, then you should be able to deal with the ups and downs. But realize it’s been really great the past couple of years. I’ve been in this part of the business for about 12 years. Twelve years ago, there was really no interest. People didn’t want whiskey. I could buy any whiskey I wanted to from the bigger distillers. Now you’ve got to fight to get new make and new barrels. But all these things are going to change. There’s going to be more whiskey produced by the big guys next year. There’s going to be more whiskey and other spirits produced by new and really well-funded start-up distilleries. I think it’s going to be fun and exciting. But be careful.” 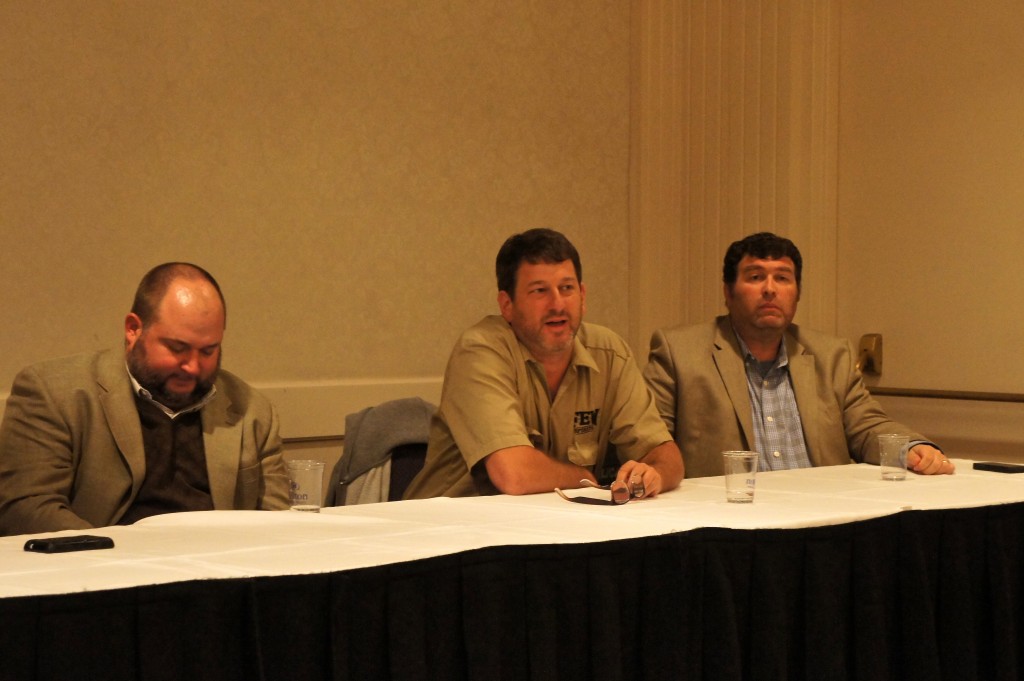