The Good Food movement is growing rapidly in part because consumers have confidence that the products they buy are what the producers say they are — whether those products are described as “local,” “sustainable,” “organic,” “natural,” “healthy,” or some combination of those adjectives.

This also means that those involved across the Good Food sector need to be on guard against any exaggerated or misleading claims that could erode that consumer confidence.

Just how big a deal this is was underscored Wednesday with a dramatic announcement by Chipotle, the popular fast-casual Mexican food chain that has made a dedication to sustainability a big part of its image and marketing. Chipotle suspended a pork supplier after determining that the supplier was not meeting its humane treatment standard, even though doing so caused a shortage that required Chipotle to temporarily stop serving its pork carnitas at about a third of its locations. 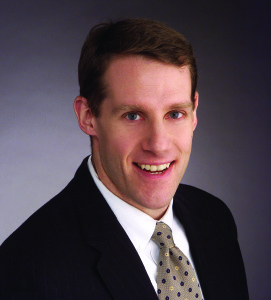 Food industry attorney David TerMolen had some interesting thoughts on this subject in a recent interview that was published by Food Business News.

TerMolen is a partner at the Chicago-based firm Freeborn & Peters LLP, a sponsor of FamilyFarmed‘s Good Food Festival & Conference. He is a member of its Food Industry Team and edits the Food Integrity Blog.

Among legally risky claims that food packagers can make in 2015, TerMolen said, “No. 1 is clearly ‘all natural’ claims followed by, more broadly, ingredient quality claims and ‘healthy’ claims.”

He noted that some companies are using alternative claims to convey the same message as “all natural,” such as simply claiming “no artificial flavors or preservatives.” He also said, “Many companies are qualifying their natural claims by providing their meaning of ‘natural’ for consumers on their label or website.”