Heather Lalley is a Chicago-based food writer and the author of  “The Chicago Homegrown Cookbook.” (You can follow her on Twitter @flourgrrrl.) She also is a board member for Chicago Market, a food cooperative planned for the city’s North Side that is currently under development. She writes here about the rising interest in food co-ops that is spawning several startup projects and sparked the recent establishment of the Chicagoland Food Co-op Coalition.

[The Chicagoland Food Co-op Coalition will be featured at a Community session at the Good Food Commons, a part of FamilyFarmed‘s Good Food Festival on Saturday, March 21 at Chicago’s UIC Forum. To learn more about the three-day Good Food Festival & Conference, March 19-21, and to buy tickets, please visit the event website.]

What is a retail food co-operative? A food cooperative, or co-op, is a for-profit grocery store that is owned and operated by and for its member/owners. Food co-ops support the values of self-help, self-responsibility, democracy, equality, equity, and solidarity. 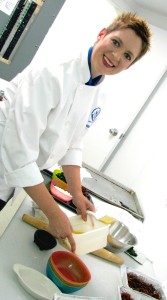 Heather Lalley, a food writer and cookbook author, is a board member of Chicago Market, a food co-op that is under development.

Co-ops also provide alternatives to big chain supermarkets for consumers who want to be more personally engaged with the people who are providing them with the food they take home to eat and feed their families — and who want to participate in the decisions about what products their retailer carries.

The same spirit drives cooperation among cooperatives. That’s one of the guiding principles of the food co-op movement. It’s also the central tenet of the Chicagoland Food Co-op Coalition, a newly formed group of Windy City area food co-ops that are in all stages of development.

“It really helps us build our resources and our capacity to build these cooperative businesses if we have the support of each other,” says Cheryl Munoz, founder and program lead of Sugar Beet Co-op, a store under development in Oak Park, a suburb located on the western border of the city of Chicago.

While there has long been robust interest in food co-ops in a number of communities across the United States, Chicago has lagged a bit behind. For several years, Dill Pickle Food Co-op in the Logan Square neighborhood on Chicago’s North Side has been the city’s only such store.

But change is under way. Over the past couple of years, there’s been an explosion of interest in retail food co-ops in the metro Chicago area, with Sugar Beet and four others in development. One is Chicago Market, a planned market on the North Side for which I serve on the board of directors. Also in the works are the Rogers Park Co-op in Chicago’s far North Side neighborhood of the same name; Prairie Food Co-op in west suburban Lombard; and Shared Harvest farther west in Elgin.

[Sugar Beet met some of its key investors, including the Sustainable Local Food Investment Group (SLoFIG), through its participation in the past two Financing Fairs at FamilyFarmed’s Good Food Financing & Innovation Conference. This year’s event, on Thursday, March 19, kicks off the three-day Good Food Festival & Conference.] 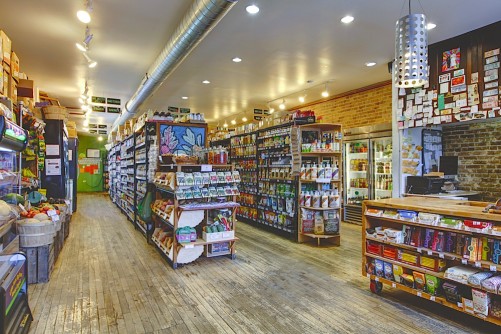 The Dill Pickle Co-op is getting some company on the local food co-op scene after several years as Chicago’s only market of its kind.

Organizers from all of these co-ops have been meeting and sharing information informally for the past two years. But in recent months, the co-ops decided to formalize their coalition.

“We gave ourselves a name, picked a logo, built a website, created a budget, applied as a single co-op entity to [FamilyFarmed‘s] Good Food Festival, and will be working with other co-op organizations to build a more robust co-op development organization here in Chicago,” says Gregory Berlowitz, Chicago Market founder and board member. 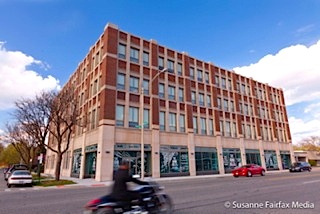 By joining forces, the coalition hopes to shine a spotlight on the role of food co-ops as economic drivers in the community, Munoz says, who adds that they also have strong potential to address the lack of convenient healthful food options that plagues some of the city’s neighborhoods.

“We would love to get the attention of the leadership in Chicago,” she says. “There are so many areas in our region that are considered food deserts … The cooperative model is not considered an option, and it should be.”

So far, members of the co-op coalition have spoken at a U.S. Department of Agriculture forum and at the Center for Workplace Democracy. Coalition members will be attending a regional food co-op conference in Bloomington, Indiana.

“We’re highlighting how local grass-roots groups can make a difference in the Good Food movement,” Munoz says. “It’s to engage you and get you excited about an idea. Maybe it’s a scalable idea to get you involved in your community.”