Paul Sippil is the founder of the new, Chicago-based Farm-to-Table Community Dining and Wellness Group, which seeks to bring communities together and stimulate discussion of healthier eating through Good Food on social media and at special dinners featuring farm-to-table ingredients. The latest of these dinners, scheduled for the evening of Wednesday, July 22, is presented by HandCut Foods and will be held at the new Local Foods store in Chicago’s Bucktown neighborhood. (Information and tickets can be found by clicking here.)

Sippil explains in this contributed column how his own health issues prompted him to examine and improve what he eats.

I never gave my health much thought until I was well into my 20s, when I started reading about how nutrition relates to self-improvement. Until then, I defined being healthy as being thin, and because I was thin, I felt I could just eat whatever I wanted without any consequences. 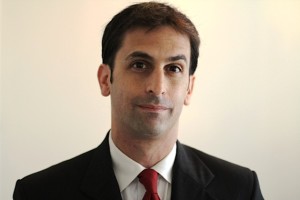 I wasn’t alone in not worrying about the quality of my food, as nobody in my college fraternity seemed even remotely concerned about the fact that french fries were served with every meal. Always wanting to improve, however, I made an appointment with a nutritionist to determine my optimal diet, which not surprisingly did not include french fries. While I didn’t stick to all of the recommendations, I did begin to include wild salmon in my diet, which I considered to be an improvement.

It wasn’t until a few years later, at the age of 30, when my attitude began to change as a result of getting sick. Or perhaps sick isn’t the best way to describe it. I’m still not sure.

One morning, a little before 3 a.m., I woke up with a cold and the flu, along with congestion in my throat which made it difficult to go back to sleep for several hours. Although my cold and flu symptoms quickly vanished, now — nearly seven years later —my congestion and sleep issues remain, even though I have incurred tens of thousands of dollars in medical costs through both conventional and alternative solutions.

As frustrating and stressful (both emotionally and financially) as this experience has been, I am truly grateful for what I have learned in the process. One of these lessons is that I am responsible for my own health. Another is that my well-being does not solely depend on my own actions, but also on the health of the environment in which we live.

This idea of an interconnected world did not develop immediately, but rather culminated from the journey I have gone through in trying to restore my health.

I like being around people, but I am an introvert, and I tend to feel overwhelmed by excessive external stimuli. Extroverts, on the other hand, are not only better equipped to handle external stimuli, but actually have been shown to recover from illness more quickly because of the healing benefits inherent in a strong social support group.

I never fully understood the benefits of social bonds and community until I went through this experience, which helped me realize I was not alone, and that turning to my community for support was not an act of shame, but rather a means of connecting with the flow of life.

I began to apply this principle upon engaging with Chicago’s Good Food community, first by compiling an exhaustive list of restaurants that focus on sourcing ingredients from local farms that produce using sustainable practices and like-minded organizations that promote sustainability by associating with local farms and people engaged in the local food community. I began to intuitively understand that healing didn’t just entail independently finding a solution through my own research, but also sharing my thoughts and ideas with others and getting involved in community life. 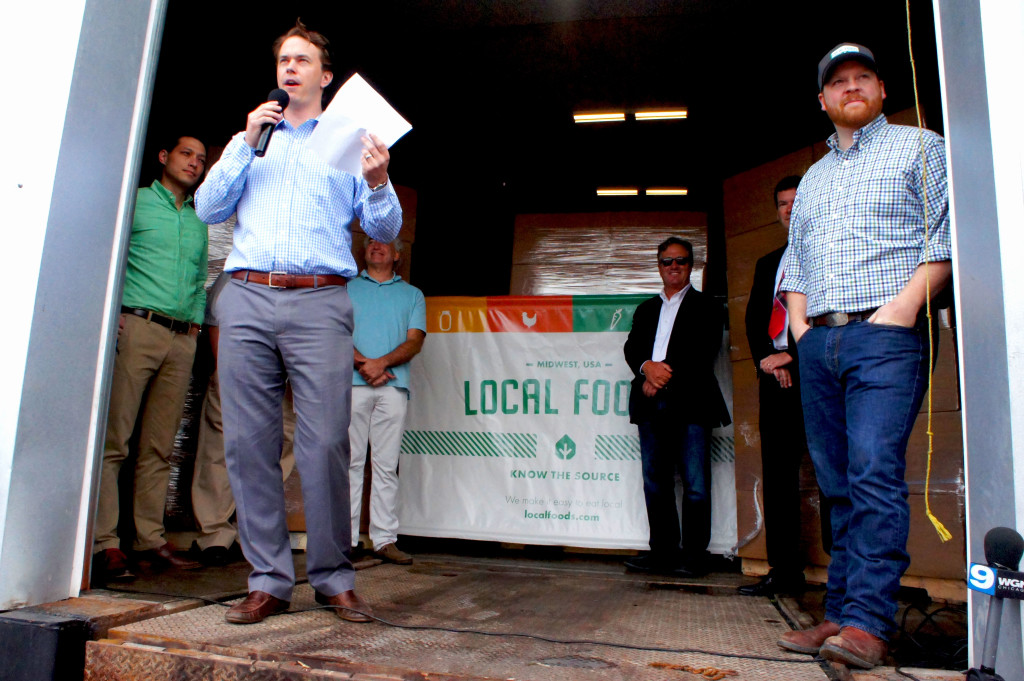 The Farm-To-Table Community Dining and Wellness Club dinner on July 22 will feature three speakers: Andrew Lutsey, CEO and founder of Local Foods, a Chicago grocer and distributor; Steven Obendorf, President of HandCut Foods; and social entrepreneur Jennifer Alexander, founder of Chapin Coffee. In this photo, Lutsey (left, with microphone) speaks at the grand opening of the Local Foods retail store on June 30. Photo by Bob Benenson

As Michael Pollan, author, journalist, activist, and professor of journalism, said, “The shared meal elevates eating from a mechanical process of fueling the body to a ritual of family and community, from the mere animal biology to an act of culture.”

Pollan’s words strike at the deeper meaning of community, in that communities serve as more than just a collection of individuals. They ultimately result in a group that represents far more than merely the sum of its parts.

All members retain their individuality, which helps protect the community from the dangers of mob psychology, yet the members’ needs are interrelated. Communities are defined by inclusiveness, and by embracing and nurturing diverse views rather than encouraging uniformity and conformity. They teach humility by taking multiple frames of reference into account, which leads to an appreciation of the gifts of others as well as our own limitations.

They also help stimulate healing by creating an environment that helps people share their vulnerabilities and alleviate the fear and anxiety that blocks our natural desire towards health and wholeness.

Communities do not form quickly, as assembling a group of complete strangers takes a great deal of time and effort. Yet this time and effort build resiliency, which allow communities and the individuals who comprise them to overcome all kinds of challenges and emerge stronger and wiser.

This wisdom gives rise to a spirit of collaboration and inclusiveness, as opposed to competitiveness and exclusiveness. No longer do individuals view themselves as superior because of their geographical area. They recognize a flow of leadership that is not hierarchal, and therefore allow themselves to relinquish control without sacrificing their identity.

Before I embraced the benefits of community, I thought about all the time and money I’ve spent and all the pain, frustration, isolation, and sadness I’ve experienced, and assumed this was all some random misfortune that occurred without any connection to how I was living my life.

But when I look at how I’m living my life now (taking an interest in community affairs, seeking to understand our relationship with food and water, and realizing how disconnected from our source of life we have become), and compare myself now to how I was seven years ago when I gave little thought to the world around me, I can’t help but view my experience as anything but a gift. It was a wake-up call, and I see the irony that it took years of not sleeping to finally learn how to be awake.

To this point, Socrates once said, “The unexamined life is not worth living.”

I finally get what he means.