“Neither snow nor rain nor heat nor gloom of night stays these couriers from the swift completion of their appointed rounds,” says the longtime motto of the U.S. Postal Service. If Thursday evening’s annual Chef BBQ staged by Chicago’s Green City Market is an indication, that applies as well to connoisseurs — at least as when it comes to rain.

Consistent with the region’s unusually wet weather since spring, the event site at the farmers market’s longtime Lincoln Park location was hit by an especially untimely and persistent rain system. But that did not dissuade the throng who attended to celebrate Green City Market’s role in promoting the Good Food movement, sample food and drink from some of the region’s top restaurants and craft beverage makers, and get to meet some of the area’s most celebrated “farm to table” chefs.

FamilyFarmed was able to make its rounds before the rains came, and presents this photo essay that illustrates why the Chef BBQ is one of the most popular of Chicago’s many annual tasting events. 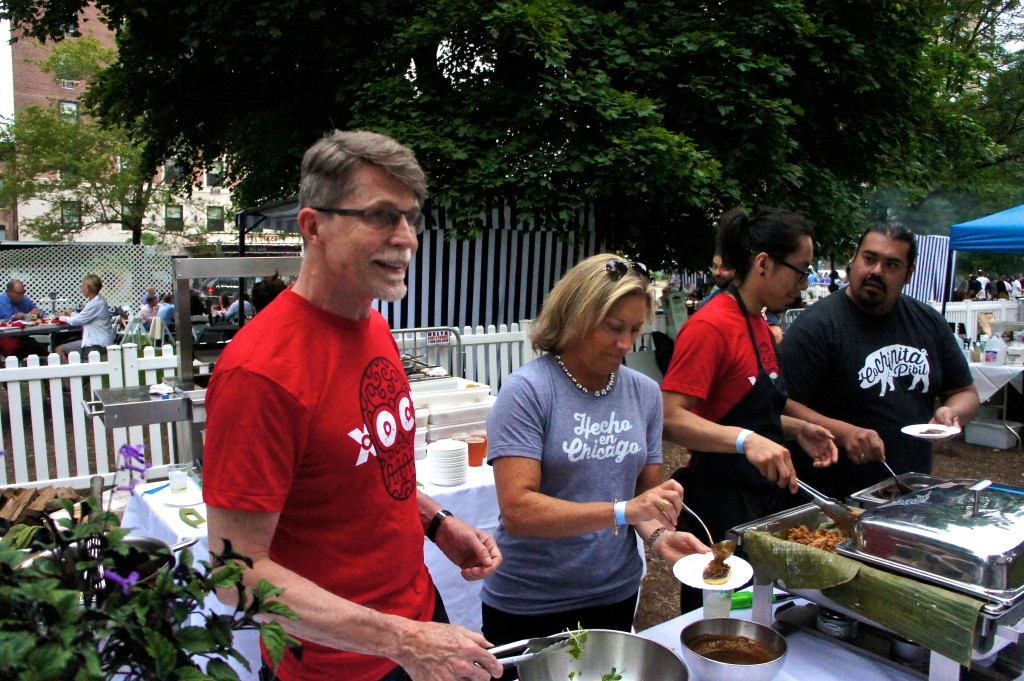 Rick Bayless, whose regional Mexican cuisine at Frontera Grill, Topolobampo, and Xoco has made him a celebrity chef, helped with the food prep at the Chef BBQ. 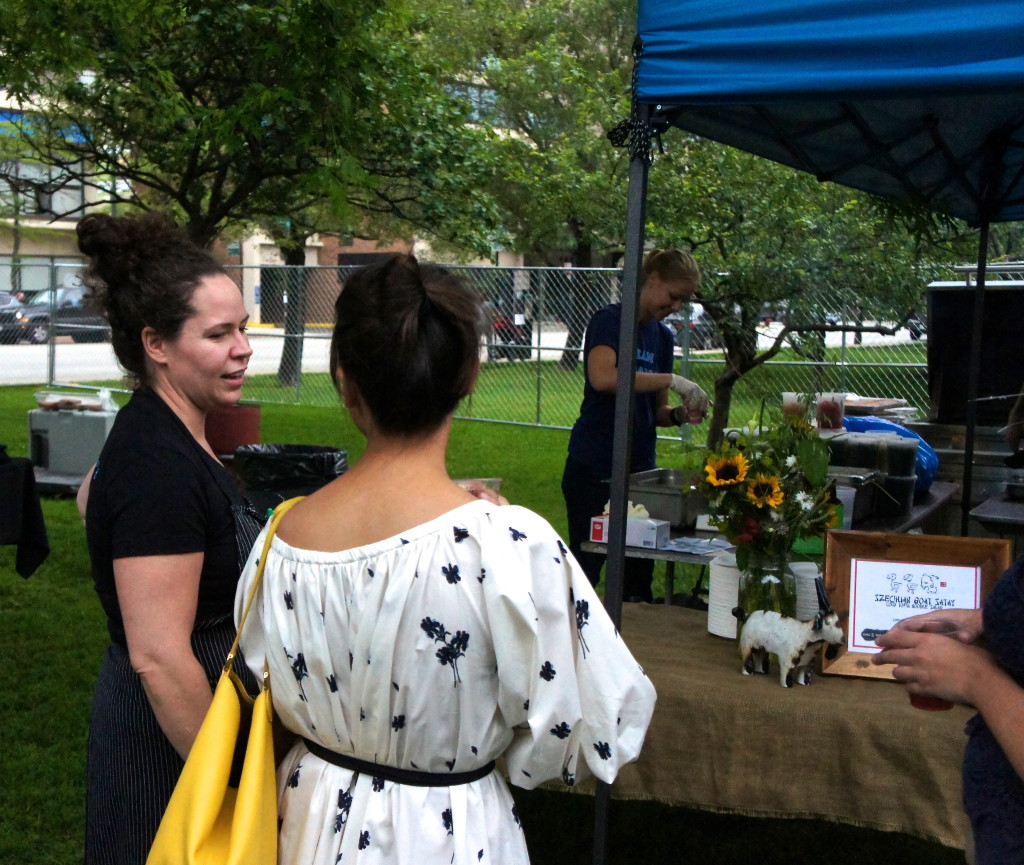 Stephanie Izard of Girl and the Goat fame chatted with attendees at the Chef BBQ. 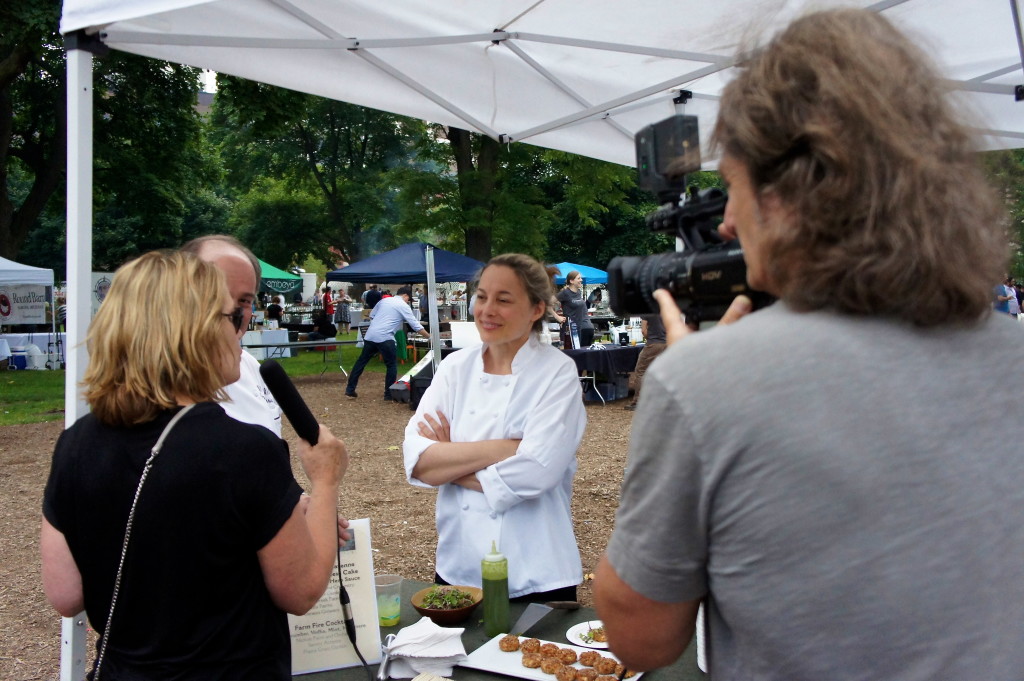 Sarah Stegner of Prairie Grass Cafe in suburban Northbrook was one of the early innovators in the area’s farm to table restaurant movement. Here she is interviewed by a TV crew at Green City Market’s Chef BBQ. 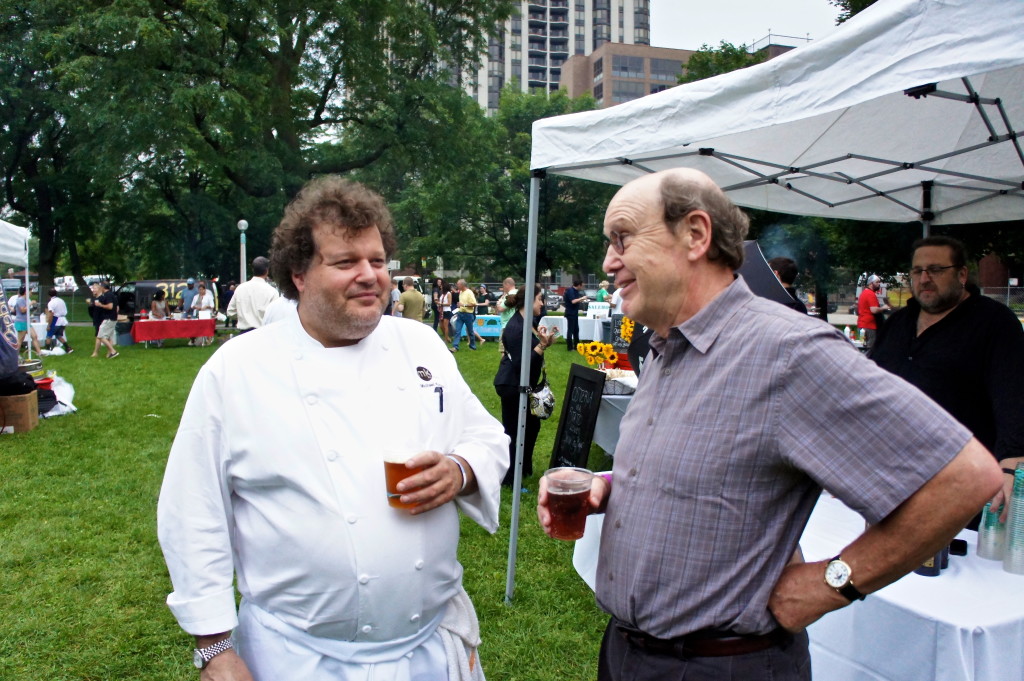 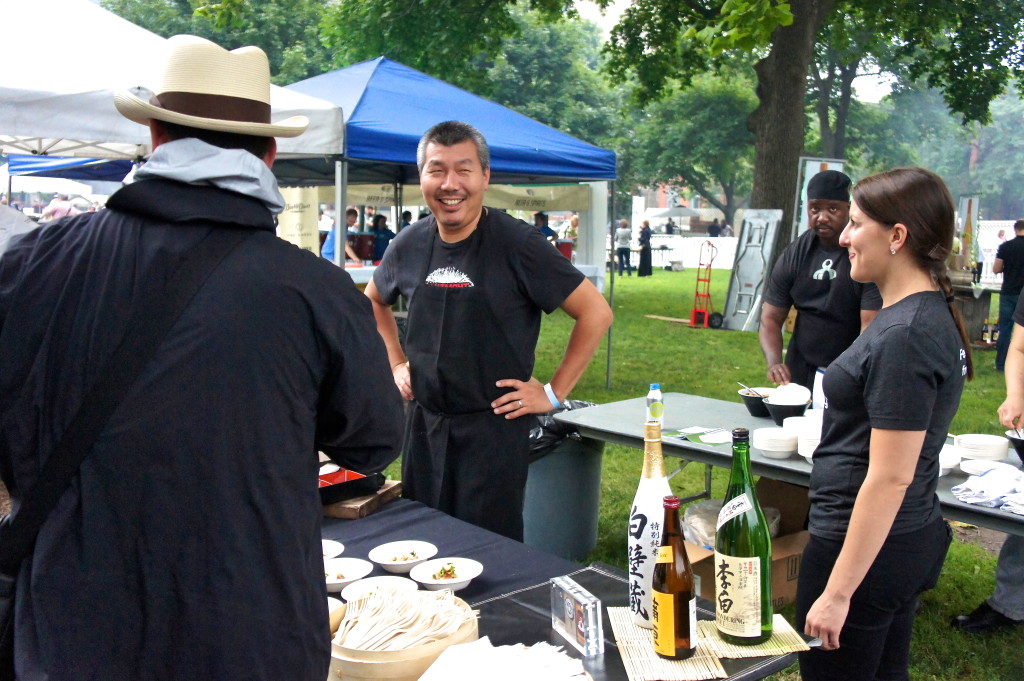 Bill Kim of BellyQ restaurant enjoys the early moments of the Chef BBQ. 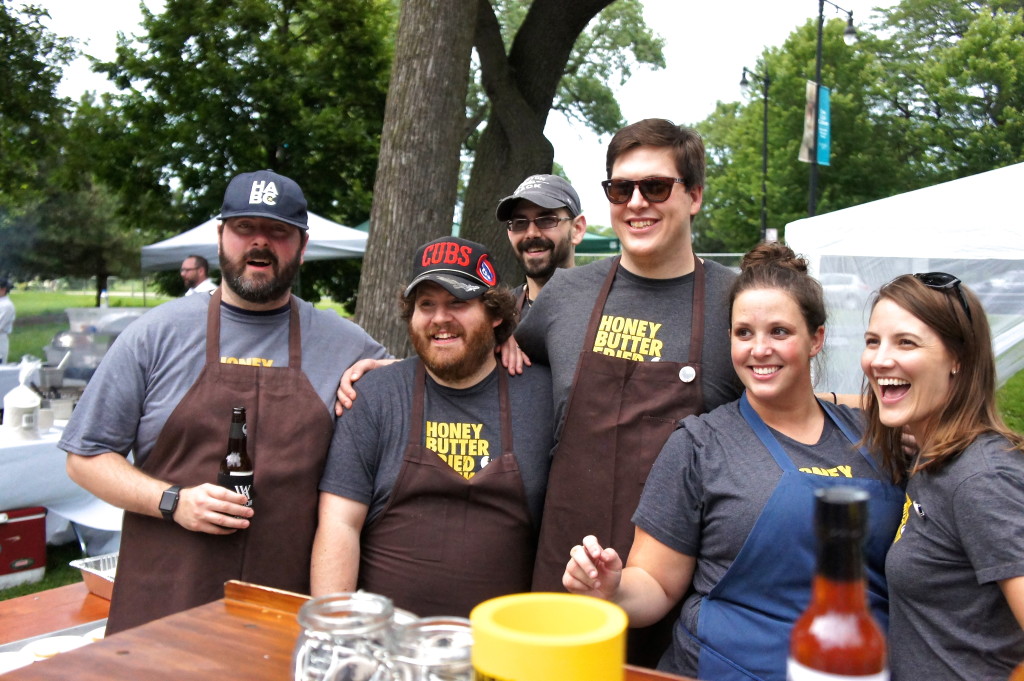 The team from Chicago’s popular Honey Butter Fried Chicken was in good spirits at the Chef BBQ. Josh Kulp (far left) is a co-founder of the restaurant. 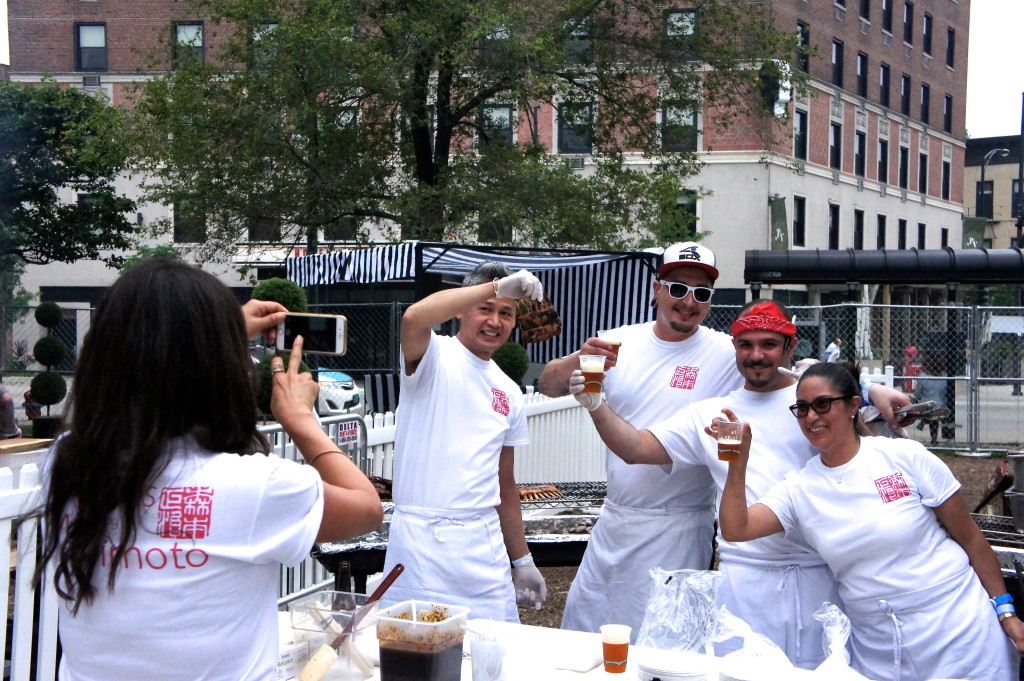 The team from Japonais by Morimoto restaurant toasted the beginning of the Green City Market Chef BBQ. 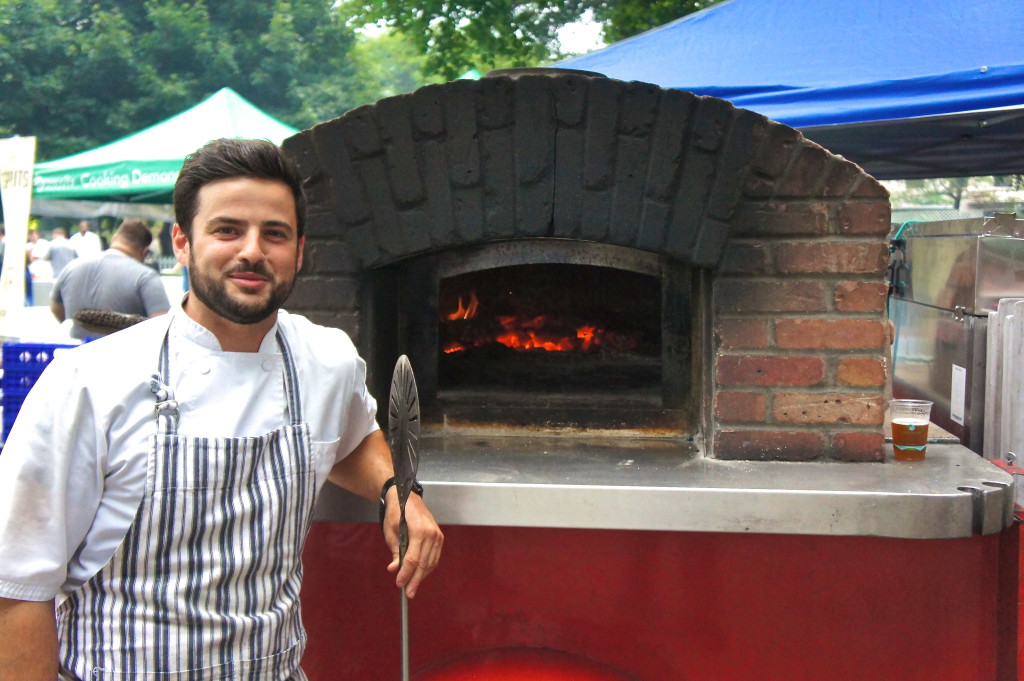 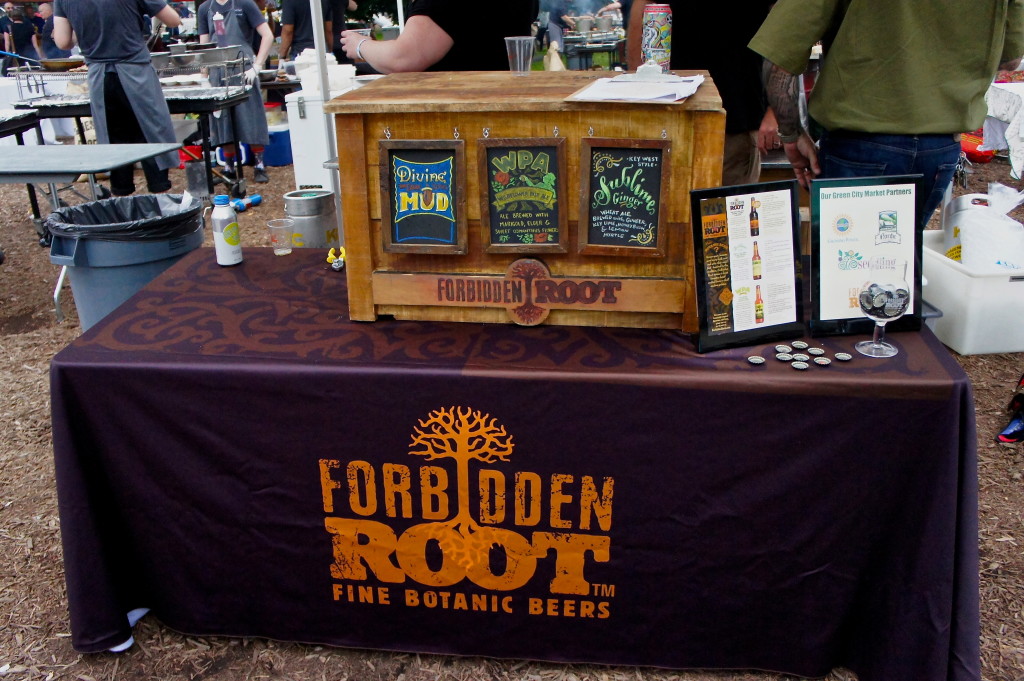 There were plenty of craft beverages to pair with the Good Food at the Green City Market’s Chef BBQ. Forbidden Root, one of the wave of craft breweries in the Chicago region, has created a Charity Works Program in which FamilyFarmed is a partner. 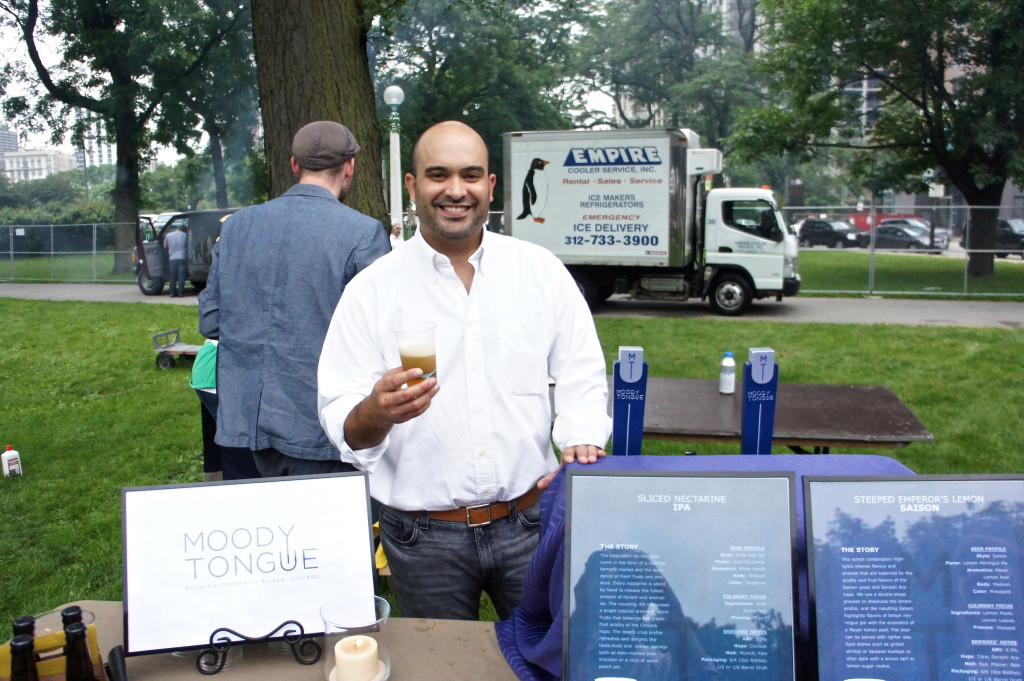 Jared Rouben, the brewer who founded Moody Tongue Brewing Co., takes a culinary approach to beer and can be seen frequently at Green City Market buying seasonal ingredients for his recipes. 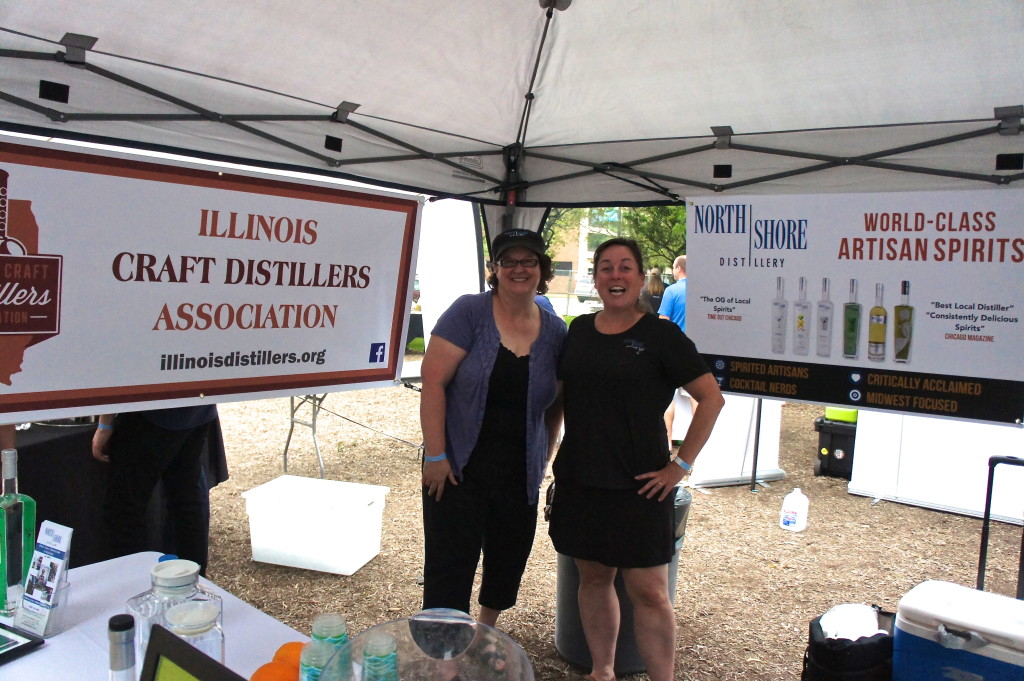 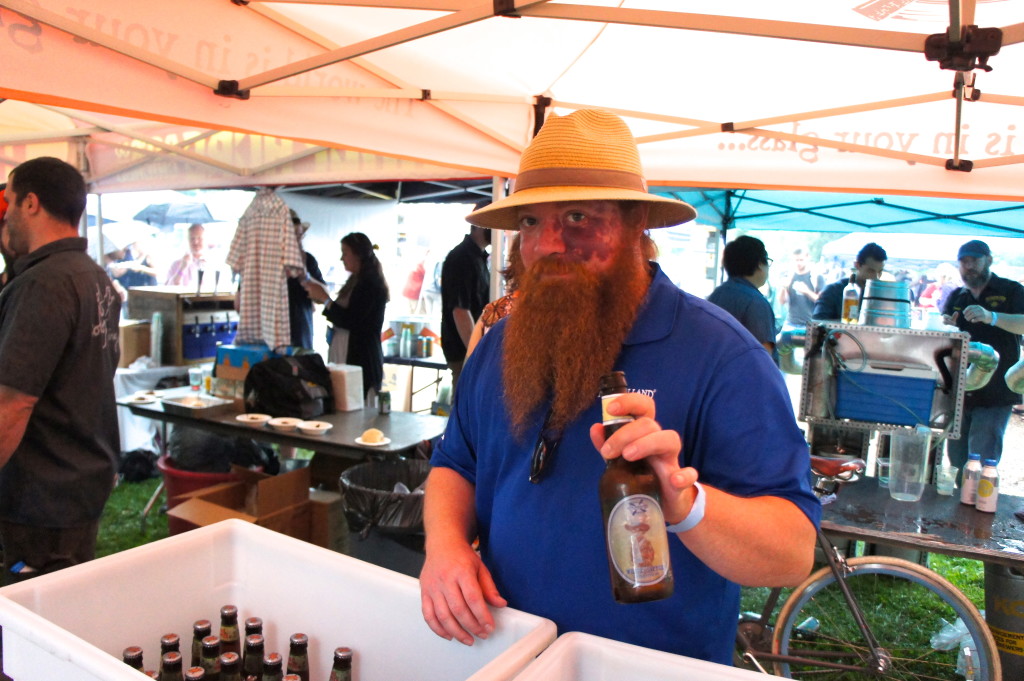 Richard Atnip of New Holland brewery and distillery in Holland, Michigan, shows off White Hatter, one of the craft producer’s signature beers. 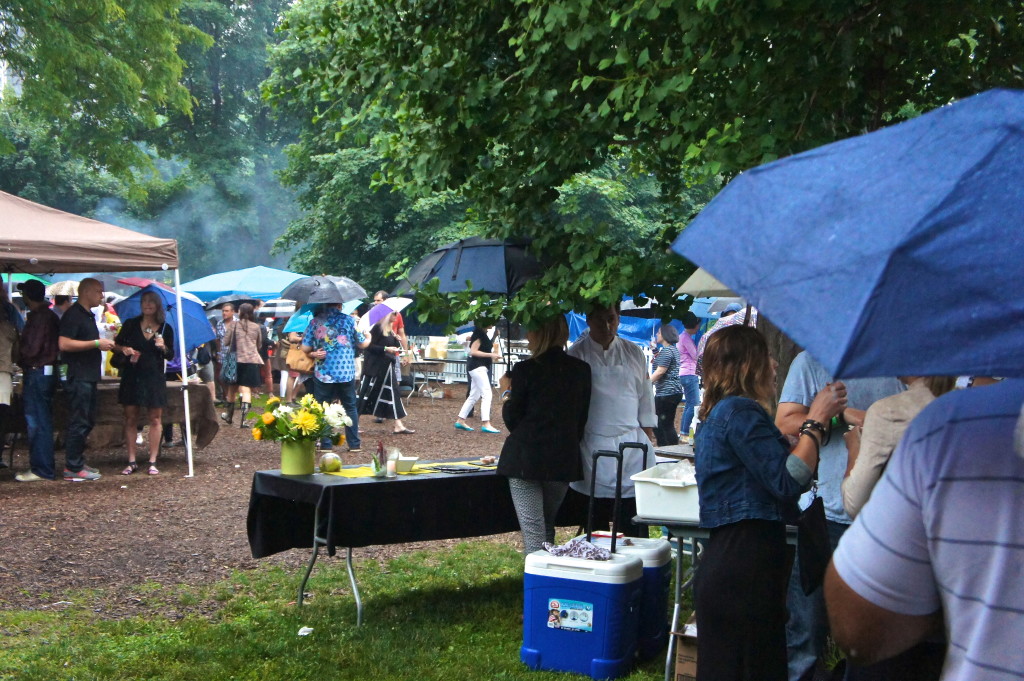 Then the rains came, and stuck around for a while. 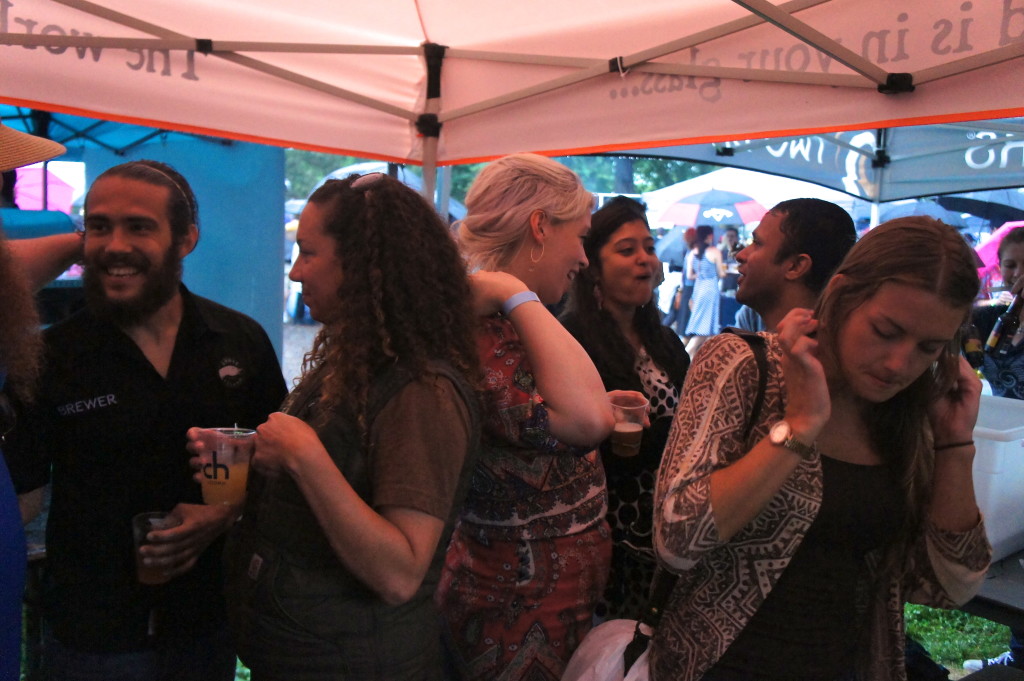 The rains prompted many attendees to seek shelter in the tents set up for the Chef BBQ. Not surprisingly, the beverage tents, such as New Holland’s, proved very popular.