Gerald Oksanen is a consumer insight analyst at SPINS, a Chicago-based data company that provides analytics reporting and consulting services for the natural, organic and specialty products industry. He is also a fan of beer and takes this pursuit very seriously. Since August is “ancient grains” month at SPINS, Gerald guides us on a journey into the growing market for beers made with very old-school ingredients.

Leave it to the Germans and their autocratic love of beer to affect how we drink most of our ales today. Their Reinheitsgebot, known to English-speakers as the German Beer Purity Law, dictated that beer could only be made with water, barley, and hops. Dating back to the 15th century, it was enforced until it was struck down just in 1987 by the European Union as a restraint of trade, and some German brewers boast of retaining allegiance to the old rules. 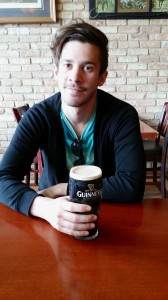 Archaic beer regulations aside, there is absolutely no doubt the direction of the robust brewing industry is shifting from the conventional ales of our uncles to the specialty beers produced by the microbreweries that are popping up seemingly everywhere. Greater consumer engagement and rising competition is sparking increased innovation by these smaller operations and is redefining the American beer market.

Among the new wrinkles: Many grains that have not be typically used to craft beer in the United States are coming into vogue — a stylistic trend that has also been fueled in part by rising concerns among many consumers about gluten.

While it is true that not all beer is made with barley, a grain containing gluten, it is inarguably the most important malted ingredient in the history of beer making. Modern humans have been brewing barley-based beer concoctions for many thousands of years, ever since the domestication of cereal grains.

For the ancients, the alcohol in beer made it safer to drink than water while also providing a multitude of vitamins and minerals, including a healthy dosage of B6 (though alcohol arguably interferes with proper absorption). There is little doubt the practice of sitting around a fire drinking beer and telling stories is in fact a ritual that dates back millennia.

Being a post-college millennial, I consider myself a connoisseur of American adjunct lagers and the du jour but delectable IPAs. Yet my prior knowledge of ancient grains, such as sorghum, millet, and amaranth — and how these could apply to the world’s most important beverage (sorry, water) — were virtually non-existent.

So I did what any millennial and true Chicagoan would do and took a trip to my local outlet of Binny’s Beverage Depot, the area’s biggest adult beverage chain, to pick up some gluten-free and ancient/alternative grain beers and test them to my earnest palate.

The first beer in my selection came from one of my go-to breweries, Two Brothers, based in west suburban Warrenville, Illinois. Their gluten-free Prairie Path American blonde ale had a slightly sour and wheat-like taste to it, while finishing very bitter. Since gluten was removed during the brewing process, this beer was unique in its own right, but still pleasantly reminiscent of other blonde ales.

Two Brothers recently had this brew independently lab-tested and it was found that any gluten content was below that of 5 parts per million. Prairie Path would certainly be a worthy alternative for a beer-lover experiencing a disconnect with gluten. 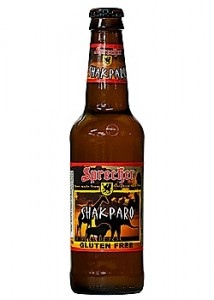 Next up was Sprecher Shakparo from Glendale, Wisconsin, which I chose because of its atypical ingredient profile. This beer is reminiscent of an African-style beer and uses sorghum, one of the world’s oldest domesticated grains, and millet in place of any gluten-containing counterparts. Immediately, this beer met me with a powerful, apple-like taste, which reminded me very much of a hard cider, even though there were no such ingredients. I appreciated the vibrant, somewhat fruity notes it provided. While also being a distinctive beer in its own right. Shakparo absolutely inspired a future search of African and other African-style ales.

The final beer of my alternative grain odyssey was a beer called Enkir from the Italian brewery, Birra Del Borgo. This beer takes its namesake from enkir, also called einkorn, the world’s most primitive form of wheat. 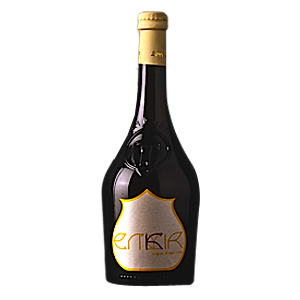 This grain has natural resistance to pests and disease, which means it does not require pesticides, a plus for the ecologically minded. Although einkorn does in fact contain gluten, many people argue that its untampered genetic makeup make the gluten quality much different than that found in modern wheat and barley, and perhaps less dangerous to those with gluten intolerance.

This beer was truly astounding. I found it to have a powerful floral and complex taste while ending with a pleasant and balanced finish. Since this beer was a single-edition run, I am definitely going stock up the next time around.

All in all, the experience proved that my palate is ready for the much more sophisticated and healthy ancient grain alternatives. I have no doubt that they are superiorly crafted in comparison to conventional domestics. And it is very exciting that several of these more cutting-edge breweries are using unconventional grains in place of barley, which will allow those with Celiac disease and gluten intolerances to take part in one of the world’s oldest indulgences.

While I only experienced a very small sampling of gluten-free and ancient alternative grain beers, it is important to note that there are many more out there. Although my trek failed to yield a brew made with quinoa, currently the most popular ancient grain, I learned that beers made with it seem to be very popular among home brewers.

I predict that more and more beers with these attributes will be produced by more daring breweries, catering not only to those wanting to avoid gluten, but also to those who want more natural products … and those simply seeking greater gastronomical adventure. No reason to not have it all with your beers: eclectic tastes, ancient and natural grains, vitamins and minerals, not to mention robust alcohol content!

A big thanks to Larry Nutley at Binny’s Lincoln Park location for his clever insights and thoughtful suggestions, and SPINS colleague Mary Ellen Lynch for her extraordinary guidance.