FamilyFarmed’s annual Good Food Festival always is a big public celebration of the fast-growing Good Food movement, and thousands of people again joined us for the event on March 26 at Chicago’s UIC Forum. The following photo essay captures just some of the color, the excitement and the fun of the Good Food Festival. 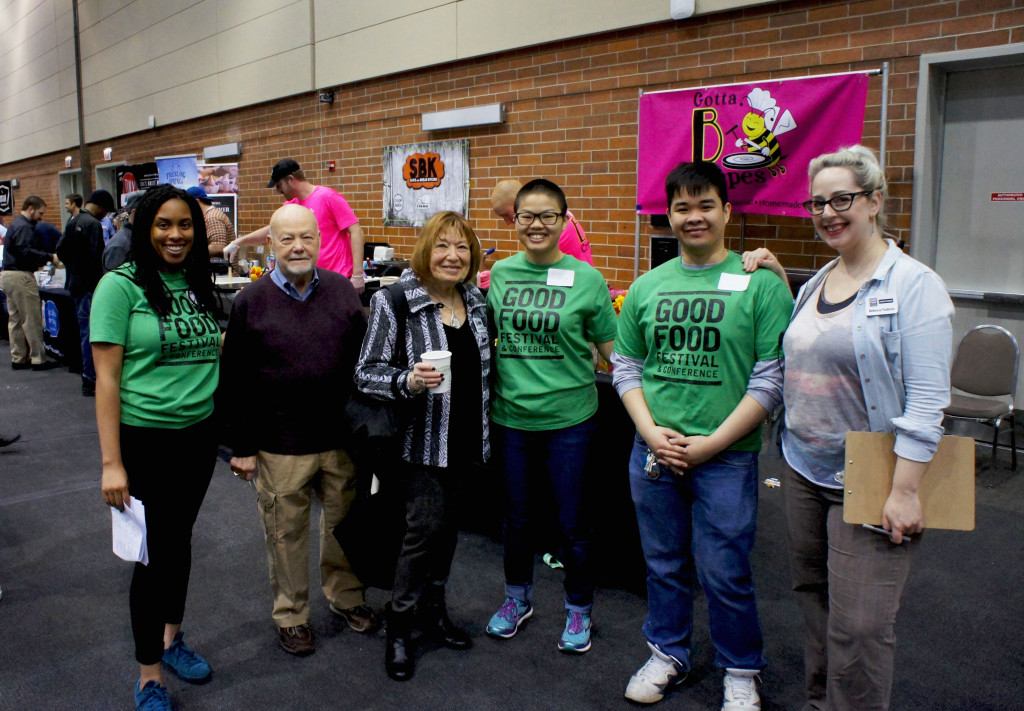 FamilyFarmed could not stage a successful three-day event without the hard work of our volunteers. Here three volunteers (in green shirts) posed for a photo at the Good Food Festival on March 26 with FamilyFarmed Board Chairman Charlotte Flinn (third from left); Bob Flinn, her husband (second left); and Rebecca Frabizio (right) of the FamilyFarmed staff. 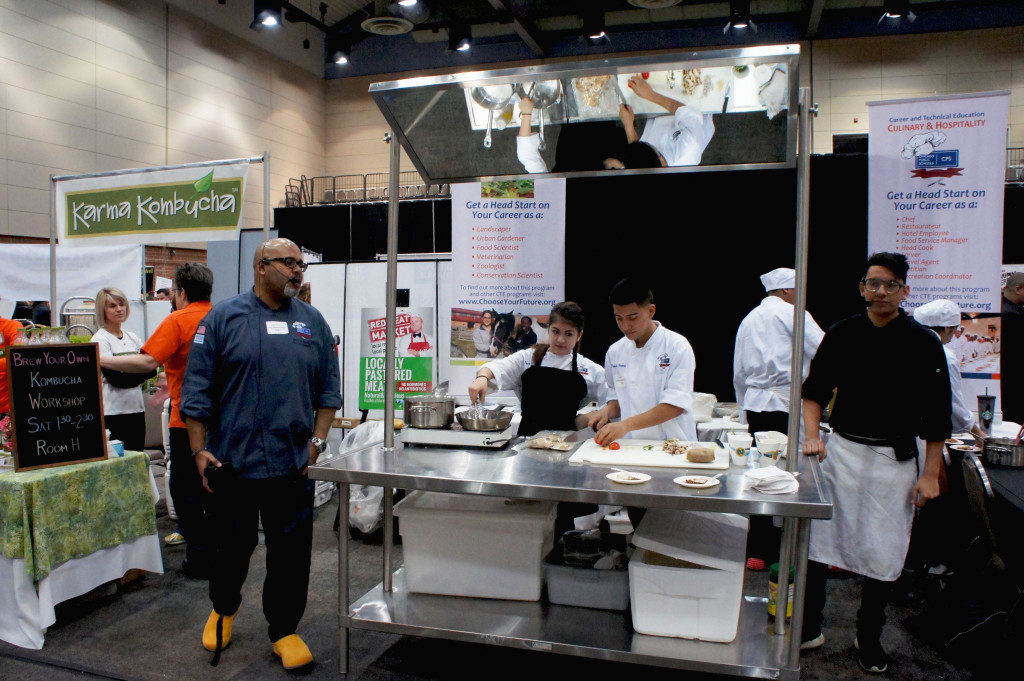 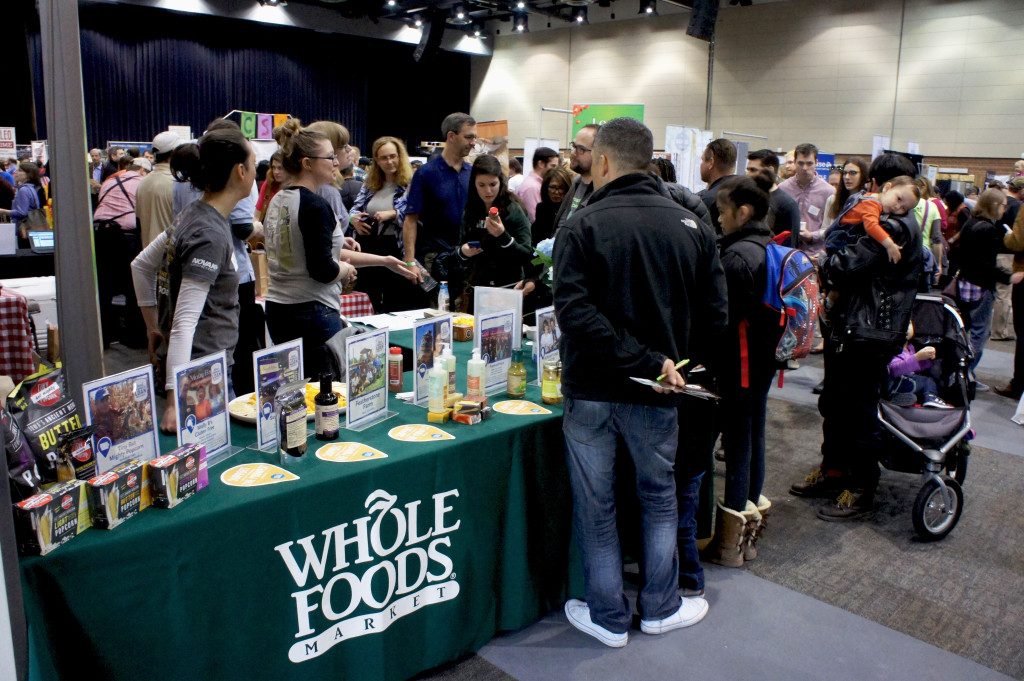 Whole Foods Market, the nation’s largest natural and organic foods retail chain, has been a FamilyFarmed partner in the Good Food Festival since its origins in 2004 and was a principal sponsor of the 2016 event. 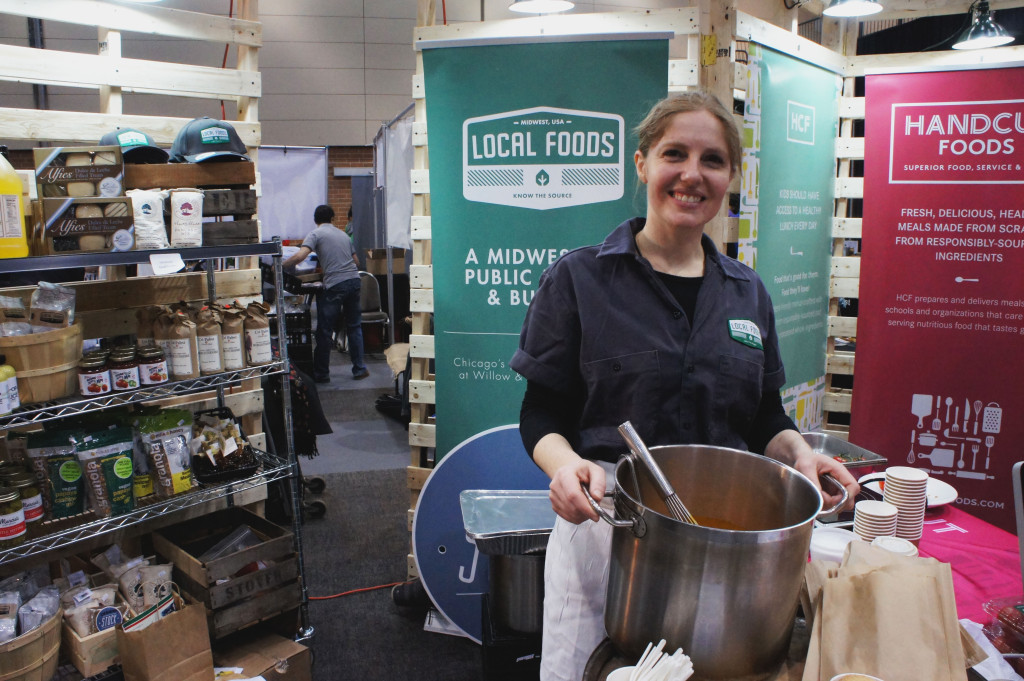 Abra Berens, a rising star chef on the Chicago scene, prepared a delicious tomato soup at the Local Foods exhibit at the Good Food Festival. Berens, the executive chef for Stock Cafe at the Local Foods store in Chicago, appeared on a panel about Good Food chef activism, moderated by the James Beard Foundation, at the March 25 Good Food Trade Show & Industry Conference. 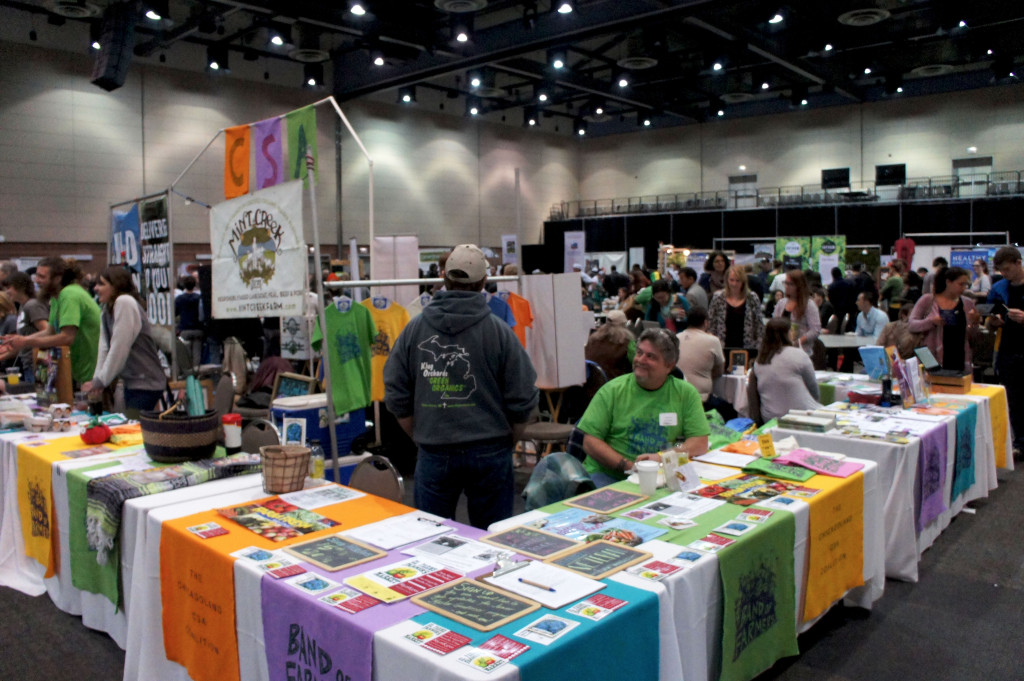 The number of Community Supported Agriculture (CSA) farms — which provide regular food deliveries to subscribers — has soared in recent years. The CSA Pavilion at the Good Food Festival is organized by Band of Farmers: The Chicagoland CSA Coalition. 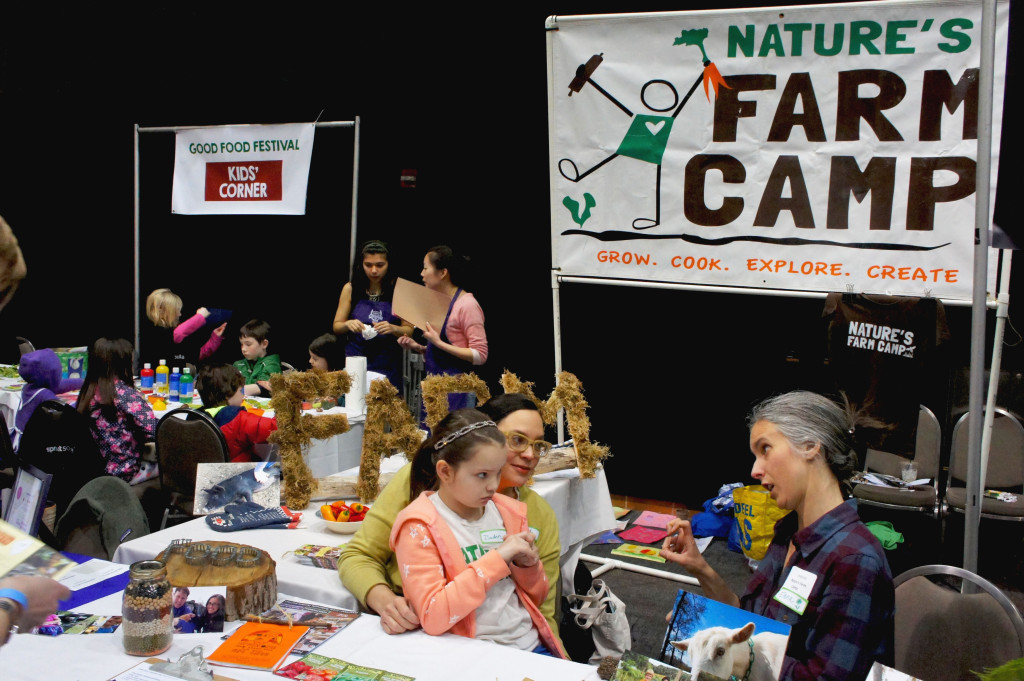 The Good Food Festival is family-friendly with activities that include Nature’s Farm Camp, an overnight summer camp in the Chicago region that reconnects children with food and nature, and the Purple Asparagus Kids’ Corner, whose sponsor is a nonprofit organization that promote good eating habits by bringing fun and engaging lessons about food to classrooms and other venues. 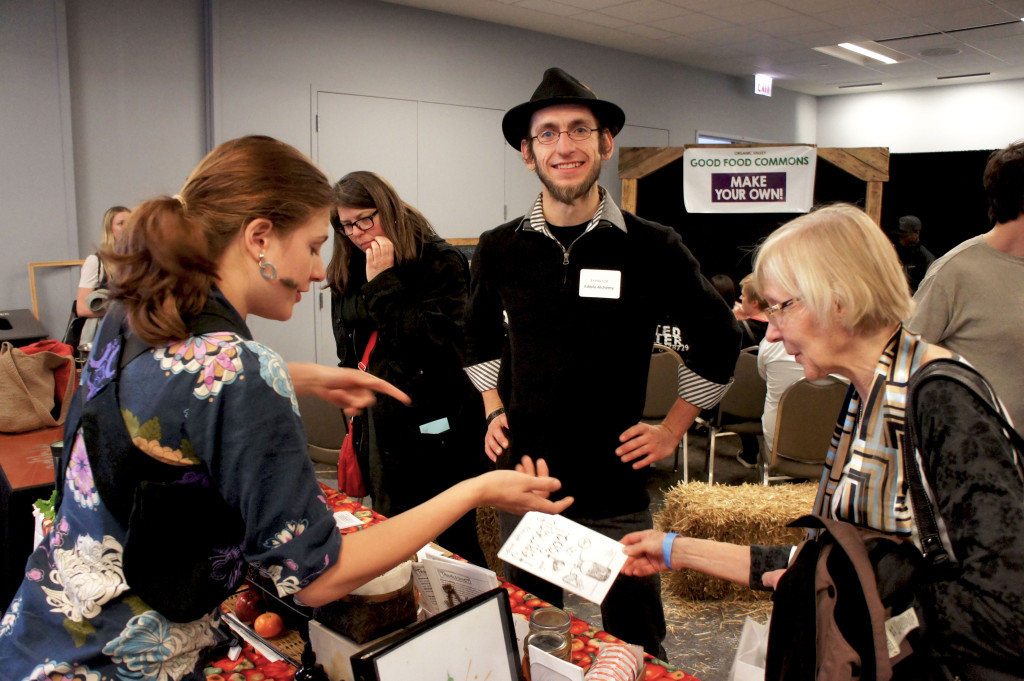 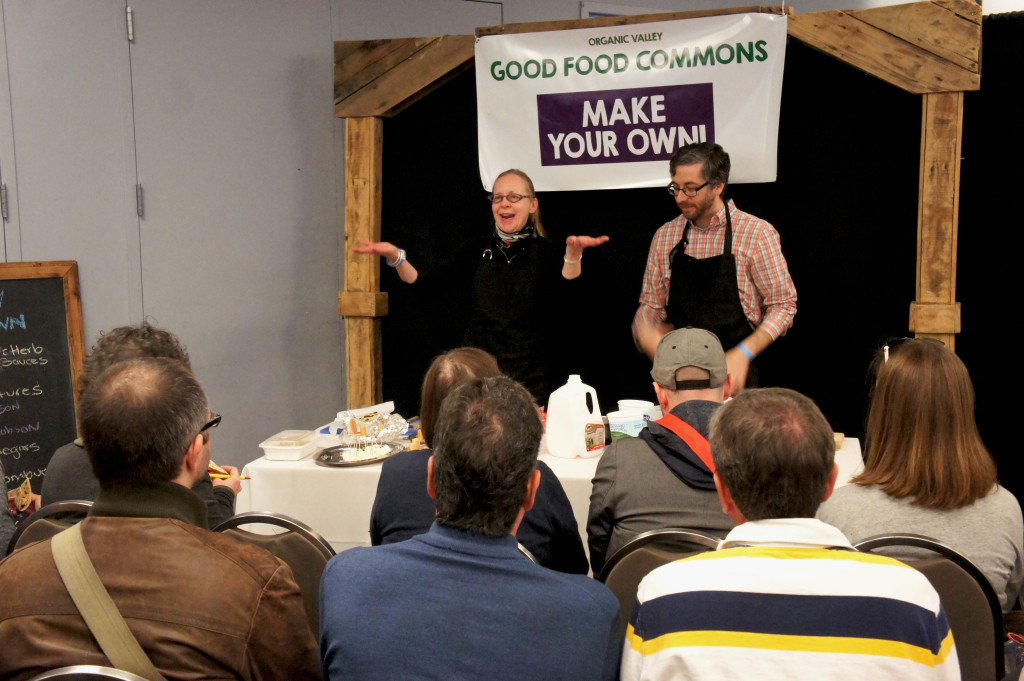 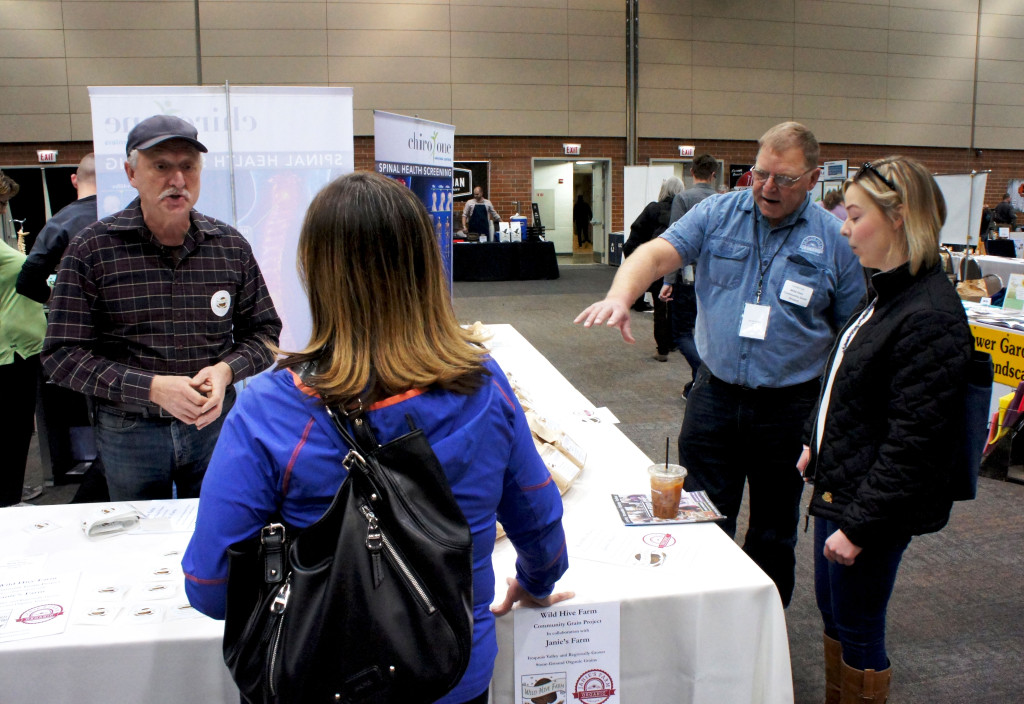 Don Lewis (left) discusses the high-quality grains produced by his Wild Hive Farm in New York’s Hudson Valley. He is now partnering with producers in Illinois, such as organic grower Harold Wilken (right) of Janie’s Farm in Danforth, Illinois, to foster the already expanding interest in better Midwestern grain. 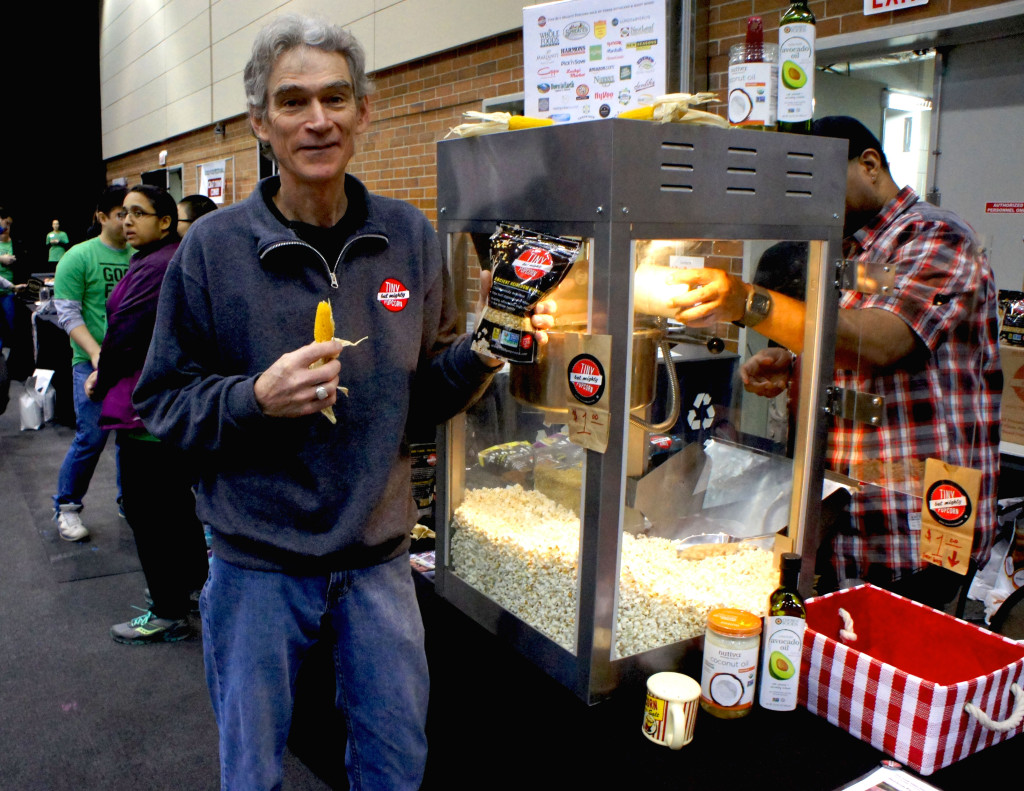 Farmer Gene Mealhow of Shellsburg, Iowa took a small jar of heirloom popcorn and turned it in Tiny But Mighty, a company whose products are on the shelves of Whole Foods Market stores and other locations around the country. Tiny But Mighty has benefited from an association with FamilyFarmed that includes regular appearances at the Good Food Festival. 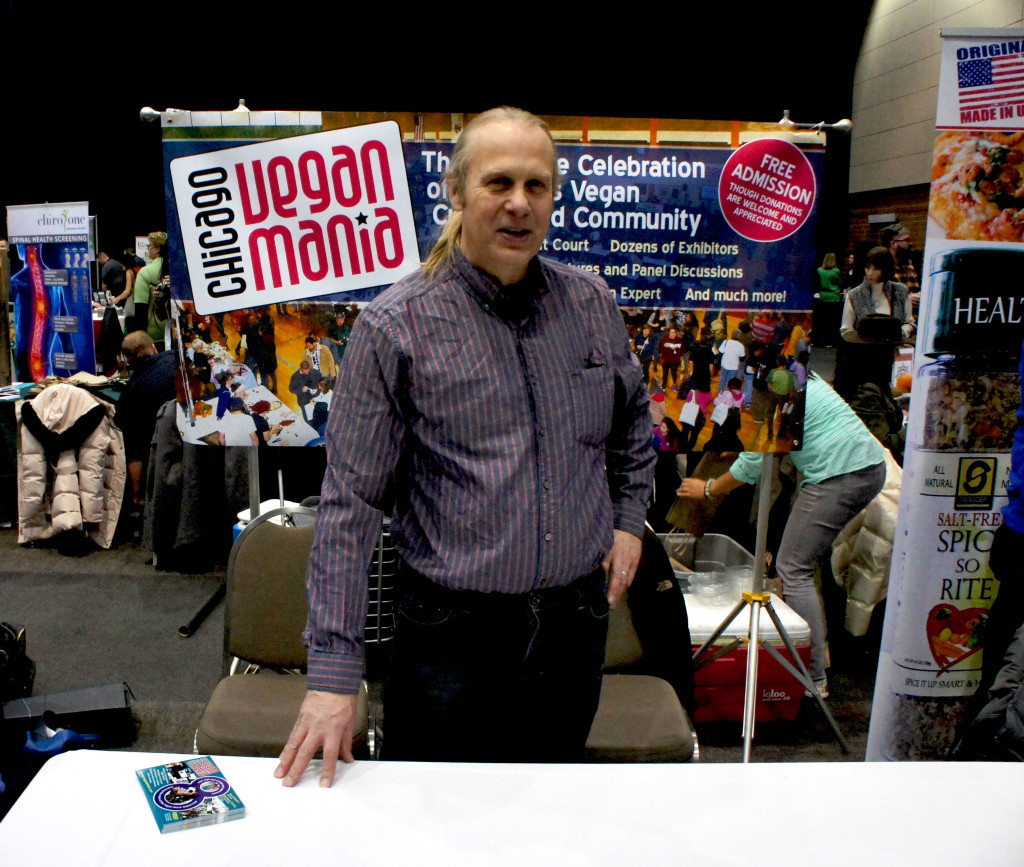 John Beske, who has a long association with the Good Food Festival and with FamilyFarmed, is an advocate of a vegan diet and produces the annual Chicago Vegan Mania event. 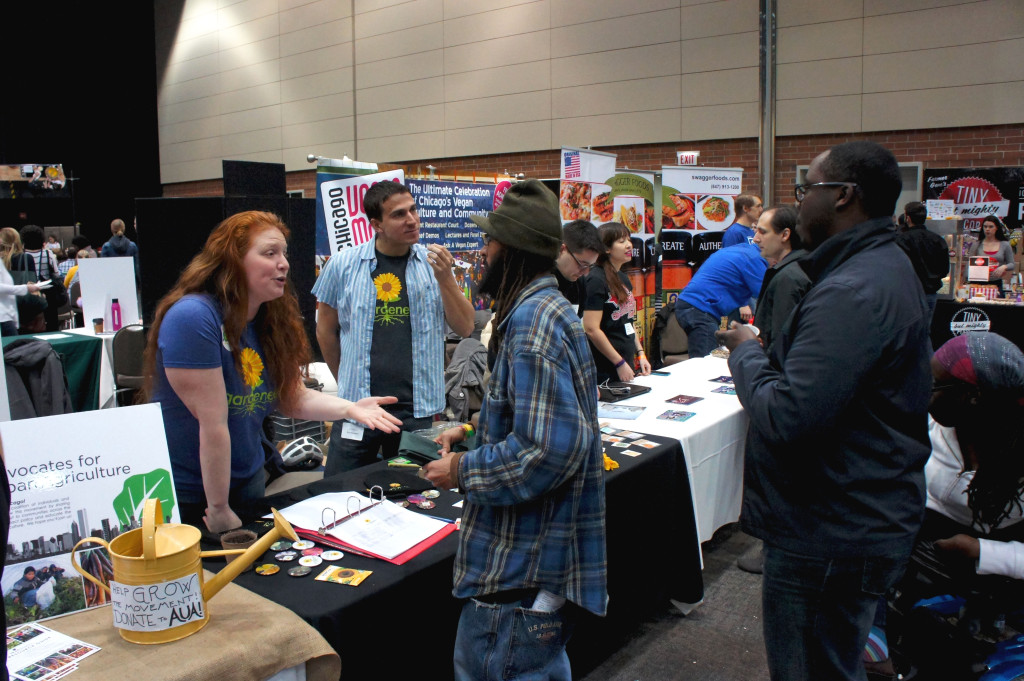 Representatives of Gardeneers, an organization that teaches Chicago schoolchildren how to grow produce, discuss their program with Good Food Festival attendees. 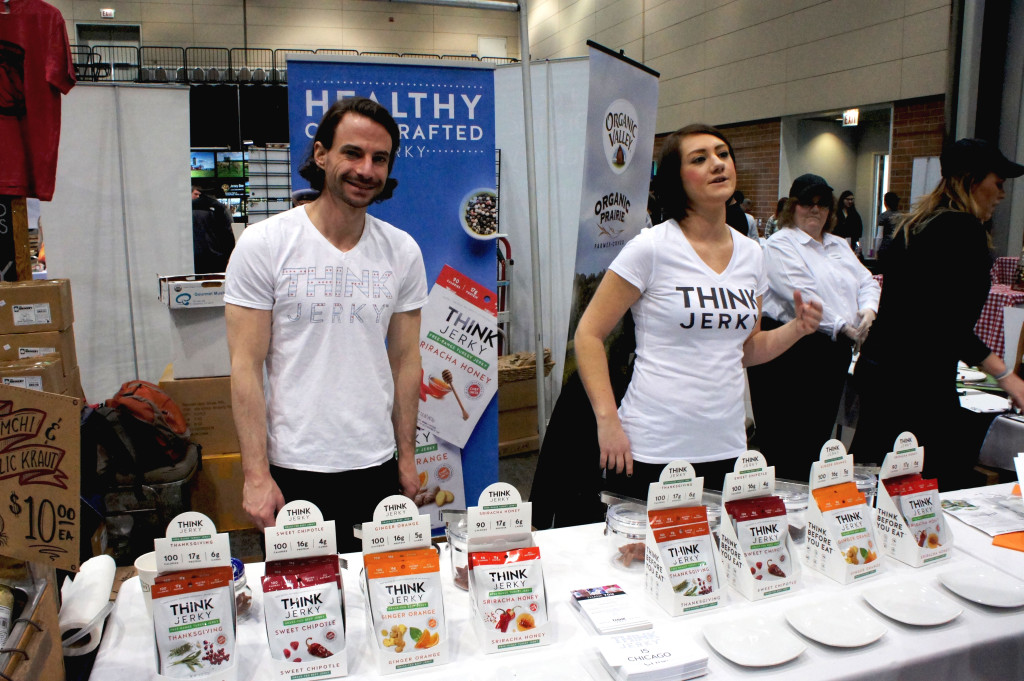 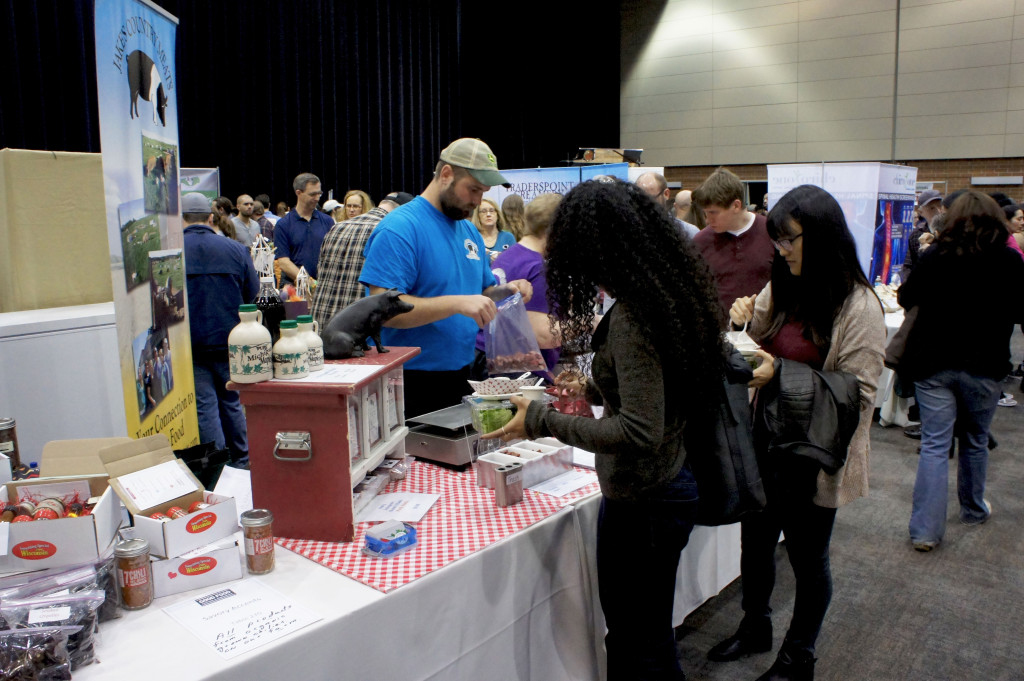 Jake’s Country Meats, a sustainable pork producer in Cassopolis, Michigan that sells at Chicago-area farmers markets and other locations, was an exhibitor-vendor at the Good Food Festival. 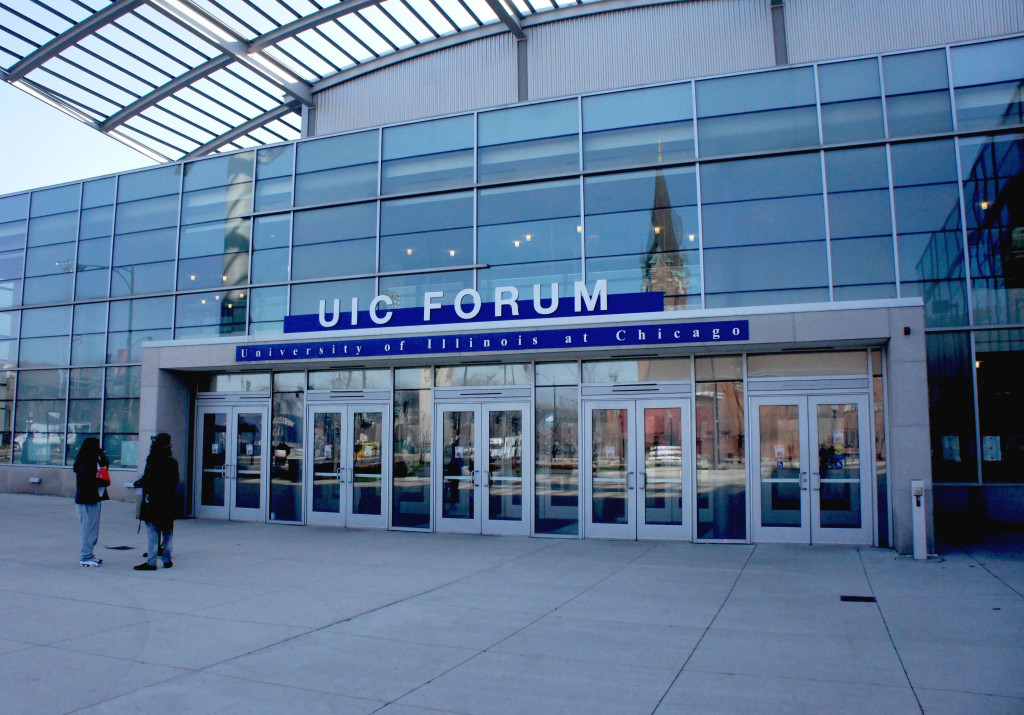 The UIC Forum on the University of Illinois at Chicago campus is FamilyFarmed’s home away from home for the Good Food Festival & Conference for three days each March. The 13th annual event takes place March 16-18, 2017… see you there!

Other Good Food Festival & Conference photos (click on headlines below):