The Good Food Festival — FamilyFarmed’s big annual public celebration of the fast-growing Good Food movement — is today (Saturday, March 26)! Tickets, just $15 with children 12 and under free, can be purchased at the door for this fun, informative, tasty, inspiring and very family-friendly event. The Festival caps FamilyFarmed’s three-day 12th annual Good Food Festival & Conference, the oldest and largest event in the Midwest focused on locally and sustainably produced food.

To whet your appetite, here are photos from Friday’s Good Food Trade Show and Industry Conference, which included a number of Good Food leaders and entrepreneurs who will participate in the Good Food Festival as well. 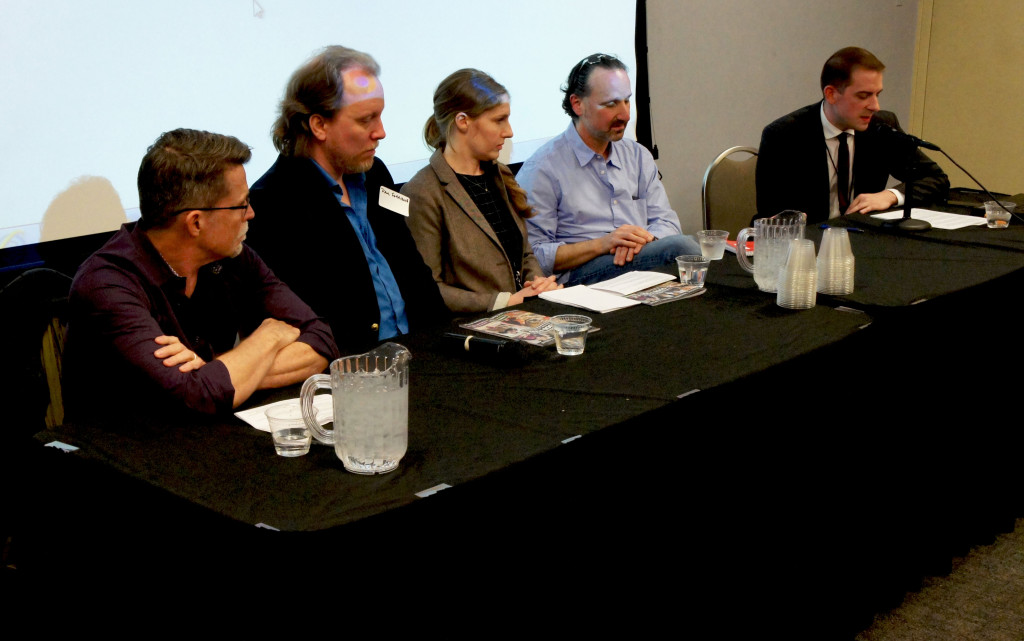 A panel of leading Chicago chefs who are Good Food activists was a highlight of Day 2 of FamilyFarmed’s Good Food Festival & Conference. From left, Rick Bayless of the Frontera group, Paul Fehribach of Big Jones, Abra Berens of Stock Cafe at Local Foods, Bruce Sherman of North Pond, and Kris Moon of the James Beard Foundation, who moderated. 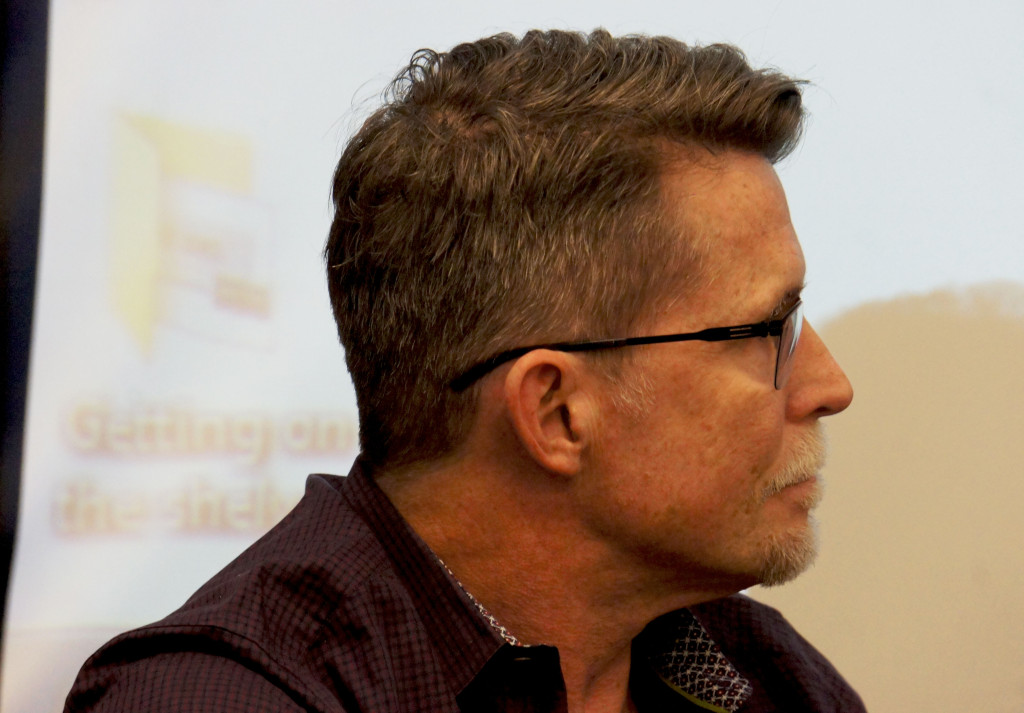 Rick Bayless, one of Chicago’s most celebrated chefs, at the James Beard Foundation panel on Good Food activism. Bayless will be back at the Good Food Festival on 10:45 Saturday to do a cooking demo that kicks off the Chefs at Play segment, and he will sign copies of his most recent cookbook, More Mexican Everyday, at the booksellers’ table presented by Read It & Eat bookstore. 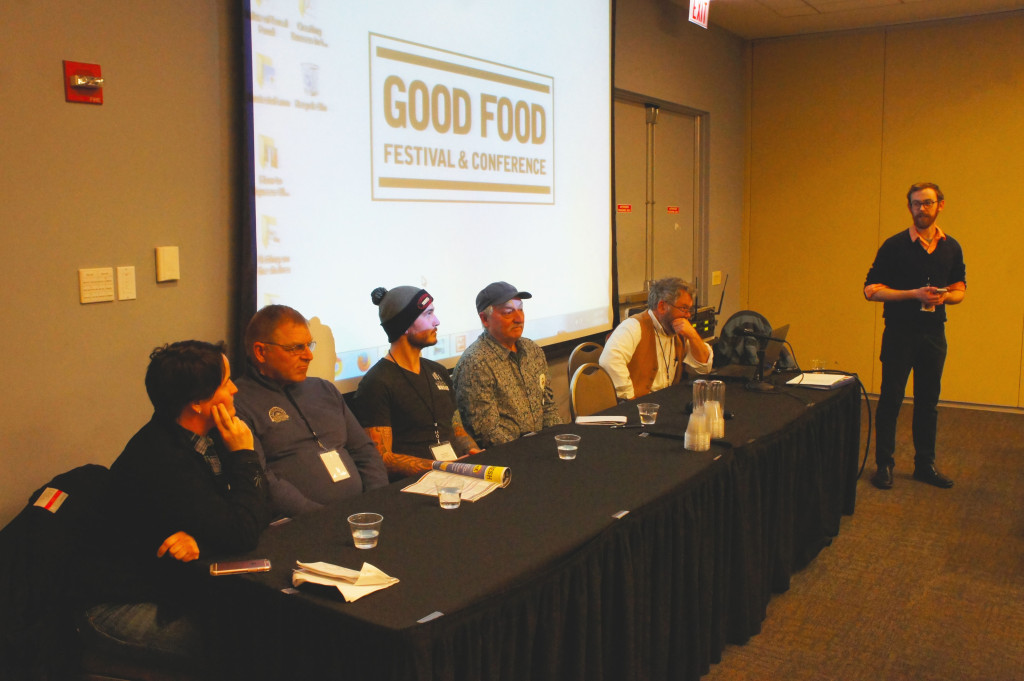 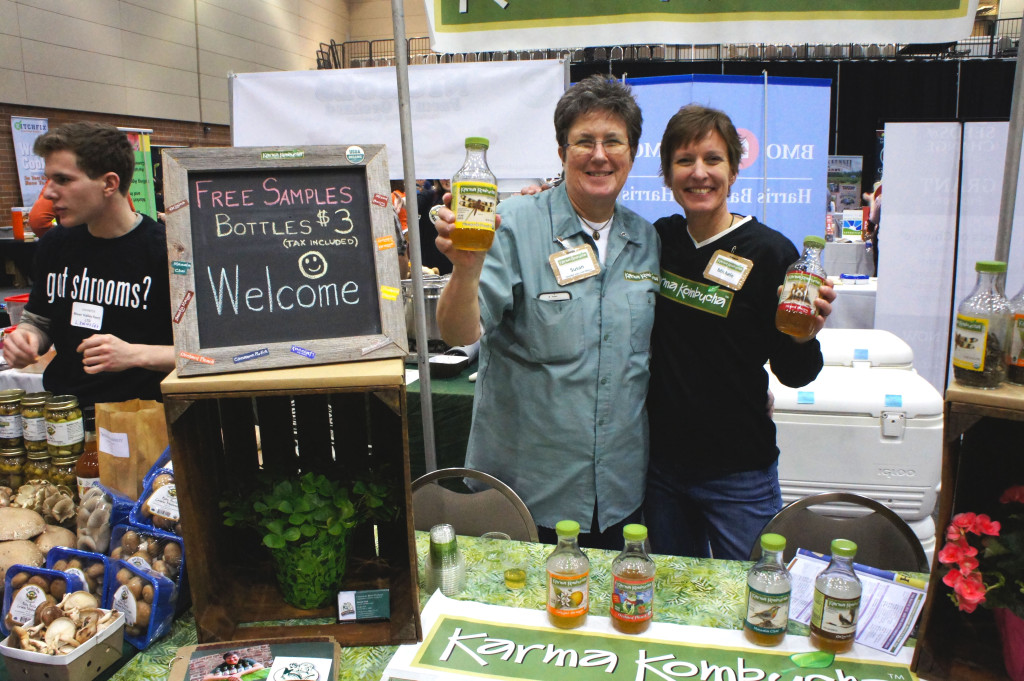 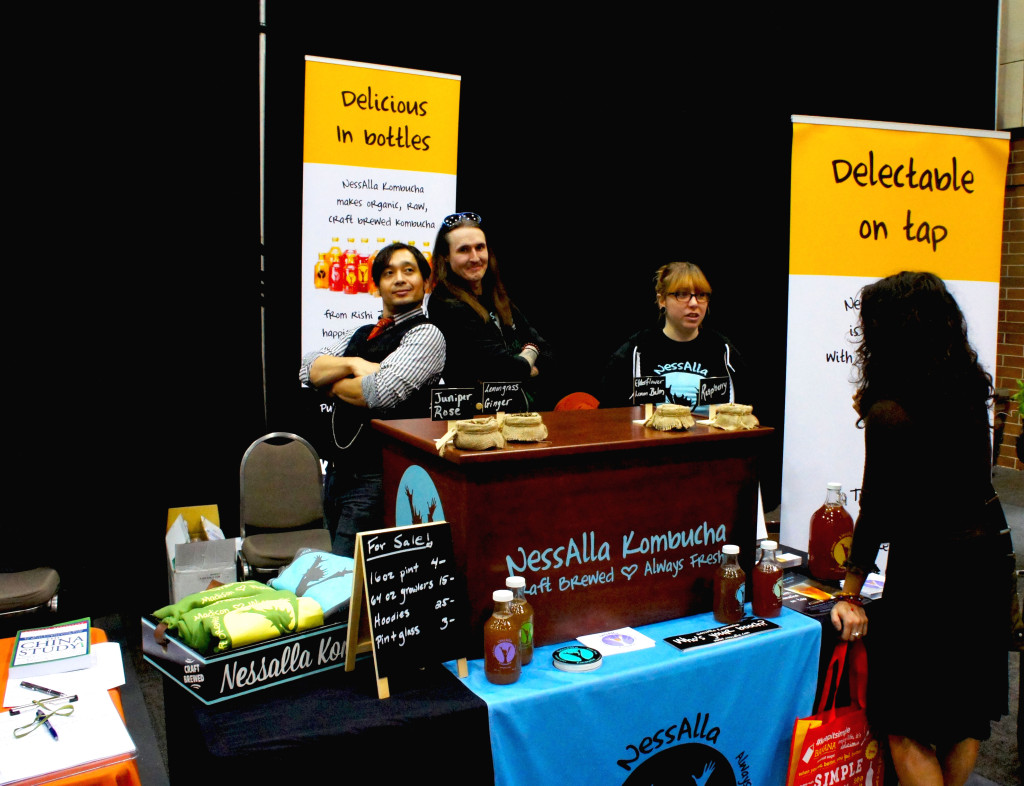 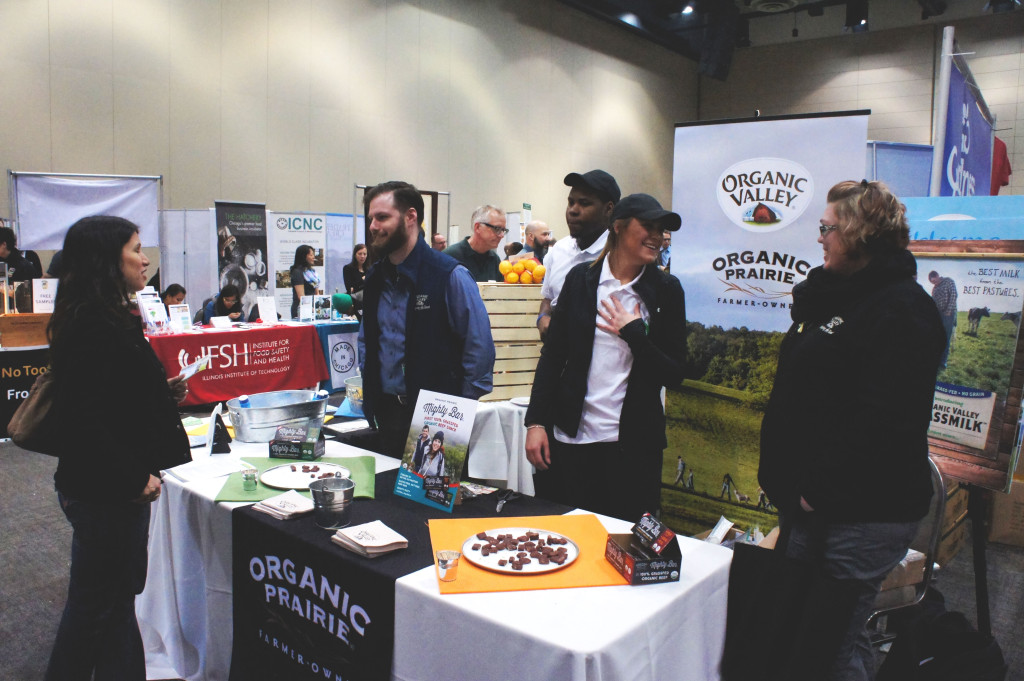 Organic Valley, a leading organic dairy and produce company, was awarded Thursday as FamilyFarmed’s Good Food Business of the Year. The Good Food Commons at the Good Food Festival, which features DIY workshops, is sponsored by Organic Valley. 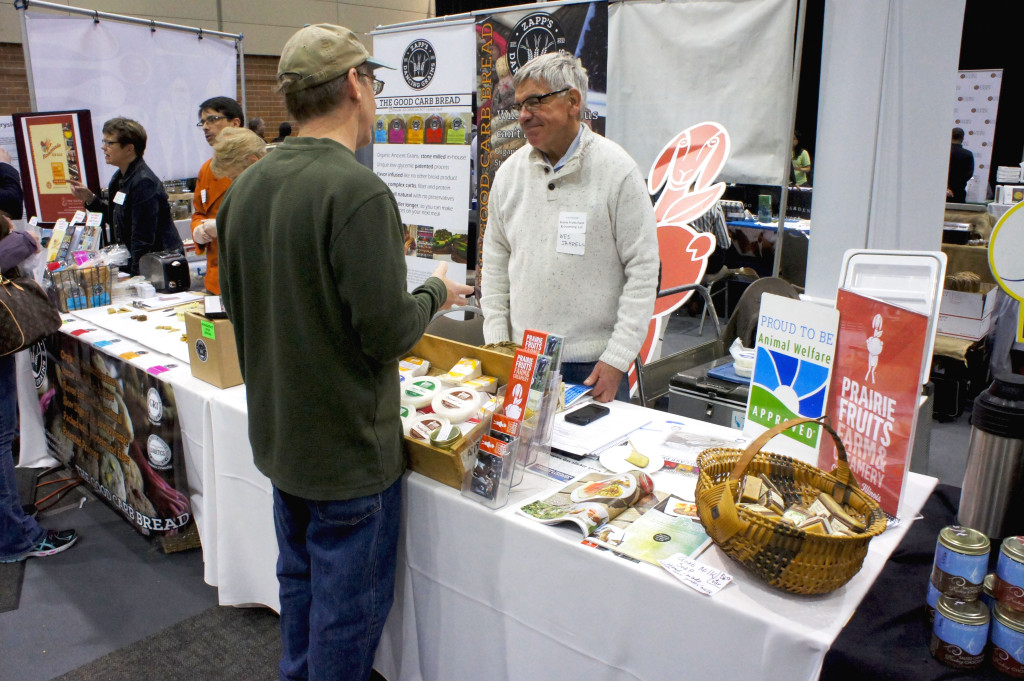 Wes Farrell, who owns Prairie Fruits Farm & Creamery in Champaign IL with wife Leslie Cooperband, chats at his company’s table at the Trade Show. A Farmer’s Road, a documentary film about Prairie Fruits’ sustainable goat farm, creamery, and farm dinners, will be shown at the Festival at 1 p.m. 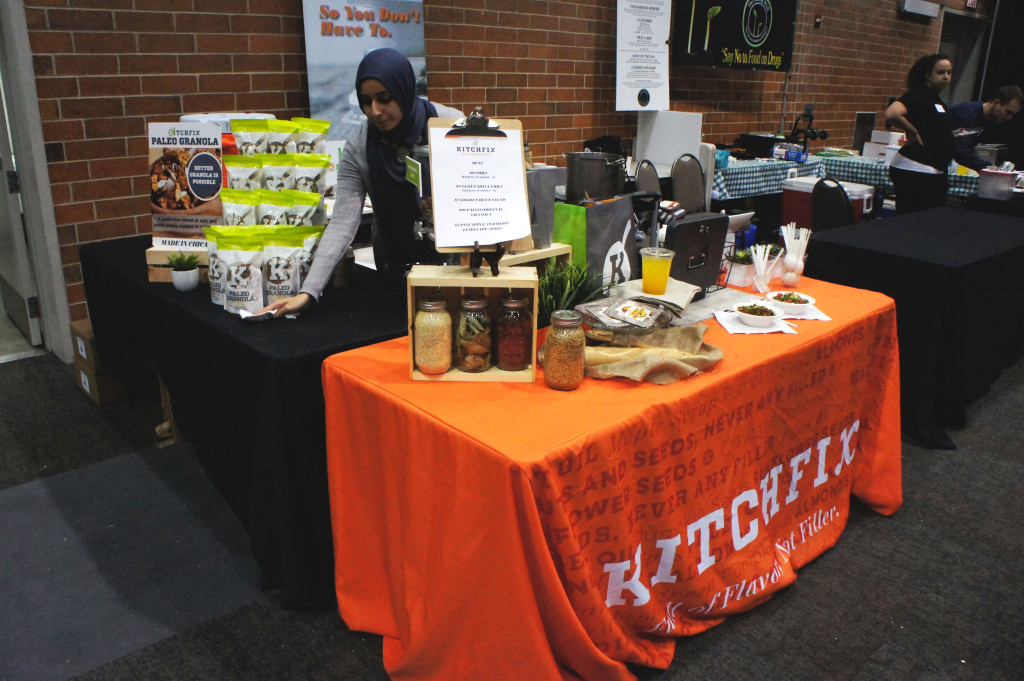 Kitchfix, which sells prepared meals via delivery and retail as well as grain-free granola sold in grocery stores, will have a return engagement at Saturday’s Good Food Court.