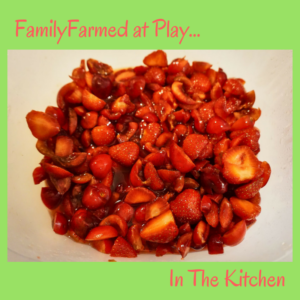 Most of what we do at FamilyFarmed, and most of what we write about on Good Food on Every Table, is pretty high-minded, focused on our efforts to build a better food system. This FamilyFarmed At Play article isn’t quite so lofty. But I can virtually guarantee that it will make your summer eating (and picnicking) better.

I have been making and adapting what I call the “boozy fruit salad” for several years. It is “boozy” because the fruit macerates in a syrup that includes a generous shot of your alcoholic beverage of choice. But it is equally delicious with non-alcoholic beverages in the base — just use whatever you think goes well with the types of fruit you are using.

The best part is that as the fruit steeps, it releases its juices into the syrup, which makes the whole thing even tastier and beautiful

You can make this recipe any time, because you can get fresh or frozen fruit from somewhere in the world at the supermarket all year round. BUT… if you make this salad with freshly picked, perfectly ripe, seasonal local fruit, you will be wowed by the explosion of flavor.

We are still in the early stages of our fruit season in the Chicago area, so I had to go half and half on the fruit salad shown here. Half the fruit are strawberries from Mick Klug Farm in southwestern Michigan (the region’s strawberries this year have been bountiful and delicious). To lend some variety, I mixed them with organic California cherries purchased at Whole Foods Market.

But soon — hopefully very soon — there will be other local berries and cherries and peaches and plums, and okay, I’m going to stop now because I’m making myself hungry. 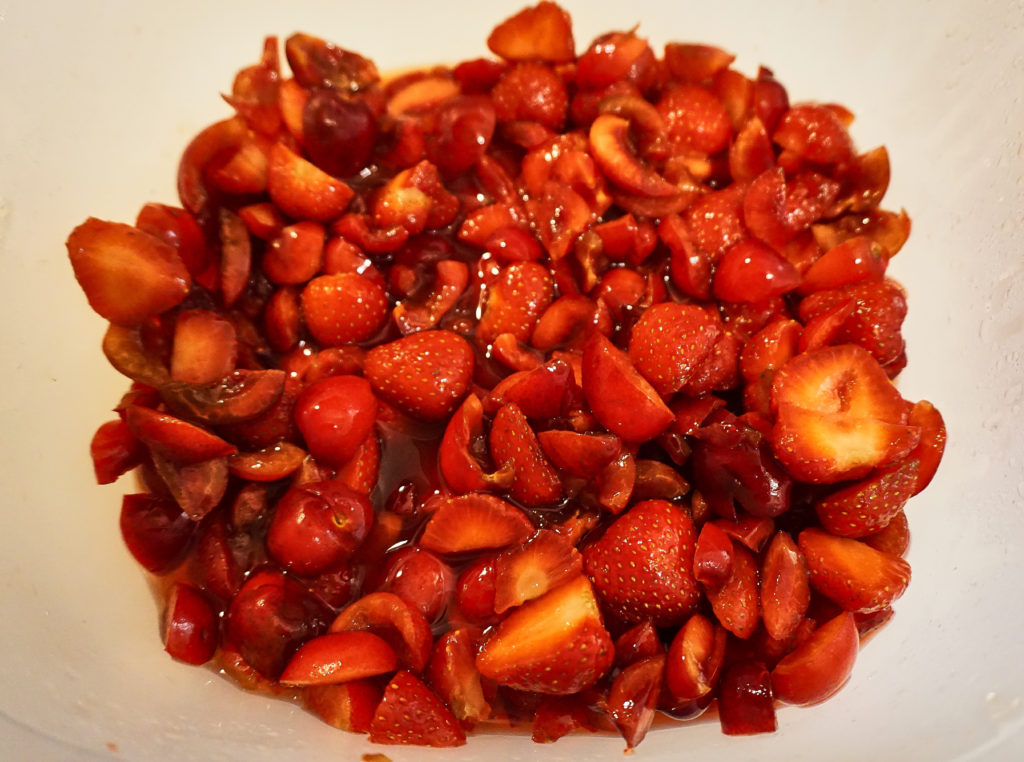 Even with an all-red fruit theme, that’s pretty beautiful. Doesn’t look bad with a dollop of homemade whipped cream, either. 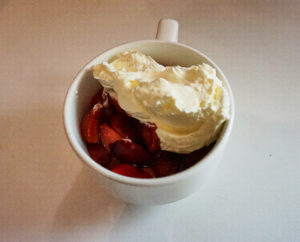 The liquor content (if you are using) is as up to your imagination as the fruit combos. I’ve successfully used bourbon, rum, brandy, vodka, gin and tequila (okay, that last one was a tiny bit weird), as well as liqueurs such as ginger and maraschino (which, not surprisingly, works really well with cherries).

Without further adieu, here’s the base recipe:

fresh-squeezed juice of one lime

And of course you can double or triple or whatever multiple you like, which makes this a great way to show off at a gathering or picnic. You can also cut the ingredients by half or smaller if you want just a little.