It was a proud and happy moment for FamilyFarmed when Ferd Hoefner, the longtime face and voice of the National Sustainable Agriculture Coalition (NSAC), took to the podium Saturday night in Chicago as the first of five recipients of the James Beard Foundation Leadership Awards — all of whom have devoted their lives to more fairness and equity in the American food system.

FamilyFarmed has had a particular close relationship with Hoefner and NSAC. The leading federal public affairs and lobbying organization, NSAC has produced coherent and clear explanations that have helped us understand complicated legislation such as the Farm Bill and the Food Safety Modernization Act and share that information with our community.

Hoefner also served on the executive committee of the Good Food Commission, more than two dozen experts from across the food issues spectrum who convened from 2015 to 2017 to refine the definition of Good Food. This effort is described in an article — the first in a series called Good Food Insights — written by FamilyFarmed that was published last week by New Hope Network. 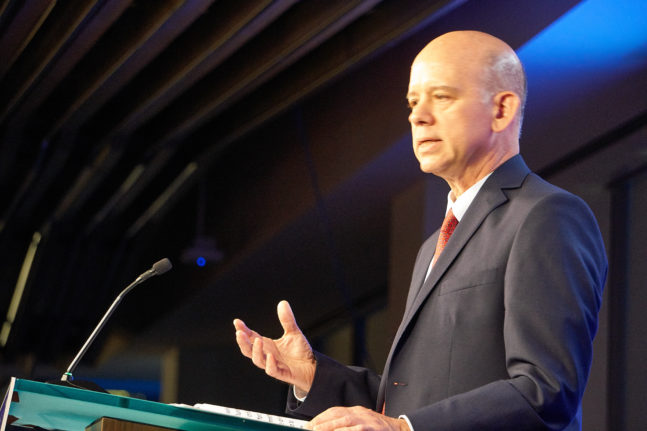 Hoefner was introduced at the Leadership Awards by Kathleen Merrigan, a former deputy secretary of Agriculture during the Obama administration, who is a longtime colleague and friend of the honoree. Merrigan, now executive director of sustainability at George Washington University, described Hoefner as “the most selfless person I know,” and added, “He has written countless laws over these four decades of work, all dedicated to helping the collective organizations seeking social justice, equity and sustainability. He is always standing up for the little guy.”

Merrigan added wryly, “Ferd is so much behind the scenes that it pains me to tell you that he has probably been called Fred as often as Ferd.”

A video about Hoefner’s career followed, with the narrator stating, “Ferd has won grants for farm to school programs and the Know Your Farmer, Know Your Food movement, and continues to fight to keep SNAP benefits active in farmers markets and CSAs. Those who have observed Ferd in action recognize his talent for mobilizing grass-roots support on both sides of the aisle. He remains at the center of progressive policy change, pointing the way toward a strong, healthier and more sustainable farm and food system.”

In his acceptance speech, Hoefner said his number one heroes are “the practitioners of sustainable agriculture in the field, the farmers and ranchers who have been driving innovation in food and land stewardship for decades,” adding, “They are truly my inspiration, what keeps me going, fighting the battles on Capitol Hill and the Department of Agriculture.”

Even though he spent nearly 30 years as a leader at NSAC and continues to serve as senior policy adviser, Hoefner described the organization’s accomplishments without using the first person singular: “When we started 30 years ago, there was no federal farm bill support for working lands conservation, there was no federal support for young and beginning farmers, there was no recognition, no less support, for local and regional food systems, there was no backing for organic agriculture, and no federal research into sustainable agriculture and food systems. Through NSAC, we have put all those things on the map with a multitude of policies and programs that now amount to several billion dollars in federal resources each year.”

FamilyFarmed congratulates Ferd Hoefner and the four other courageous Leadership Awards recipients who follow (in order of appearance). 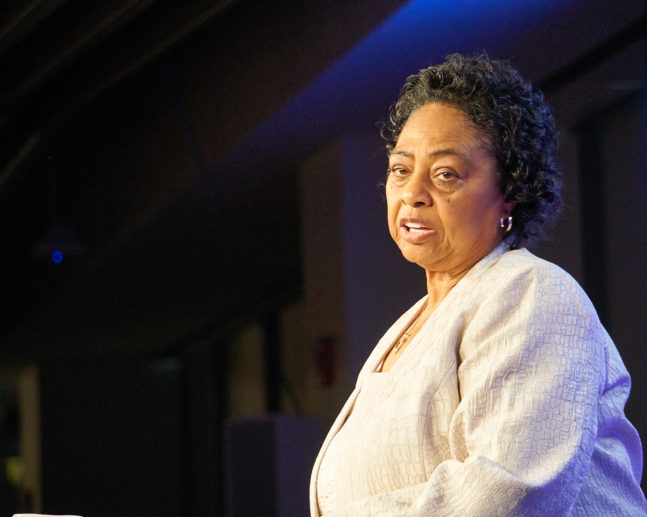 Shirley Sherrod is executive director of the Southwest Georgia Project for Community Education, which she founded in the 1960s with her husband, civil rights activist Charles Sherrod. She was a force in creating New Communities, the nation’s first community land trust, and has devoted her career to empowering African-American small farmers. 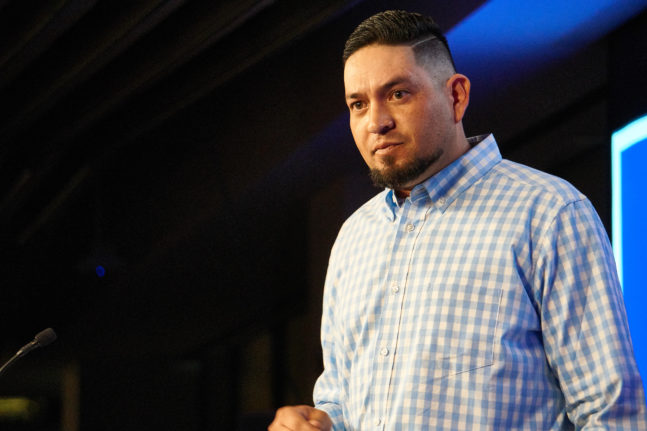 Ramon Torres is president of Familias Unidas por la Justicia, which made history in the state of Washington by creating the nation’s first independent farm workers union led by indigenous workers. A powerful and charismatic speaker who delivered his address in Spanish with the assistance of an English-language translator, Torres led the audience in a chant he used in his union organizing campaign: Se si puede (Yes you can)! (Torres was introduced by Jose Oliva, co-director of the Food Chain Workers Alliance and, like Hoefner, a member of FamilyFarmed’s Good Food Commission.) 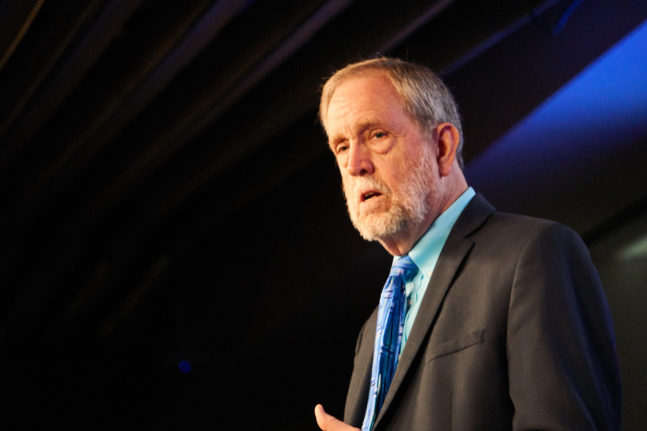 Doug Rauch is president and founder of Boston-based Daily Table, a nonprofit whose stores are stocked with donations of excess food products sold as affordable groceries and ready-to-eat meals. A former president of the Trader Joe’s grocery chain, Rauch says Daily Table has provided about 1 million healthy and nutritious food servings a month and kept nearly 3 million pounds of food from ending up in landfills since its founding in 2015. 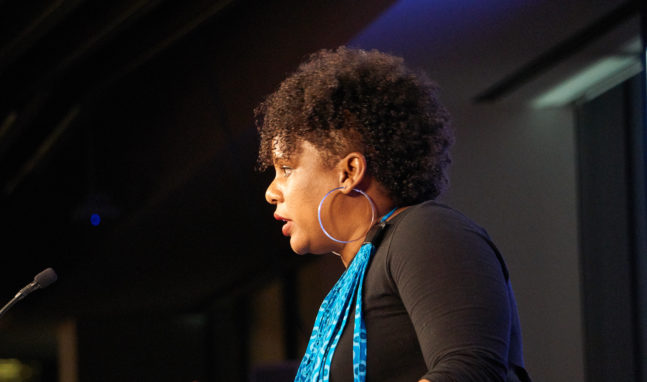 Dara Cooper is a co-founder of the National Black Food & Justice Alliance, a coalition, founded in 2014, working toward food sovereignty for African Americans. Previously Cooper volunteered with the Black Oaks Center for Sustainable Renewable Living; held a fellowship with the Congressional Hunger Center; played a key role in creating Chicago’s Fresh Moves mobile produce markets that bring healthy food options to underserved communities; and ran the Food and Fitness Partnership of the Bedford Stuyvesant Restoration Corporation in the New York City borough of Brooklyn.