Shared kitchens provide often-crucial workspaces to food entrepreneurs who have products they think will sell, but lack the money to either build their own production facilities or contract with co-manufacturers. Now, Chicago startups have an important new resource with the grand opening Thursday (May 3) of Pilotworks’ new shared kitchen and business incubator.

The new facility is located in the former space of the now-defunct Cordon Bleu culinary school at Orleans Street and Chicago Avenue, at the northern edge of downtown Chicago’s River North neighborhood. Its kitchens provide all the restaurant-quality stoves, ovens, fryers and other equipment that a small business would need to create its products, at affordable rental rates. 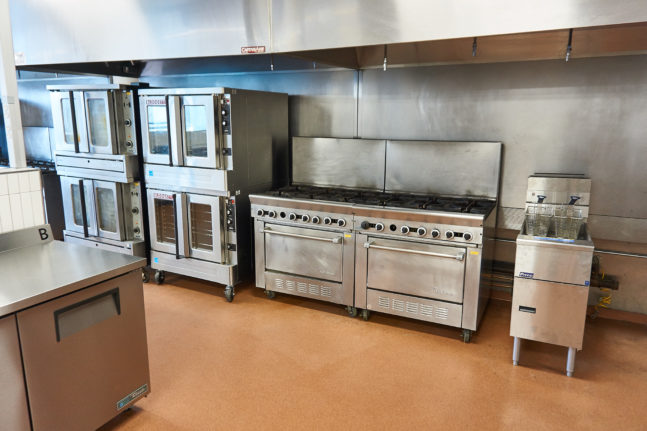 Pilotworks also provides specialized services such as distribution, mentorship, education and partnership development, which is why it is considered a business incubator rather just a place to produce food. Its mission statement is, “Pilotworks is empowering the next generation of food entrepreneurs.” The Chicago location is its sixth, with others in the company’s home base of Brooklyn; Dallas; Newark, New Jersey; Portland, Maine; and Providence.

During a ribbon-cutting ceremony Thursday, Pilotworks CEO Nick Devane said he was struck by the “raw potential” of the Chicago space when he first did a walk-through about a year ago. “Looking at all these kitchens, and given the nature of what we do at Pilotworks in helping people get into the culinary world, I was so blown away by the opportunity that this space presented and taking advantage of all the kitchens and the infrastructure here,” Devane said.

The following are scenes from the ribbon-cutting ceremony and a food-and-beverage tasting celebration at Pilotworks Thursday evening. 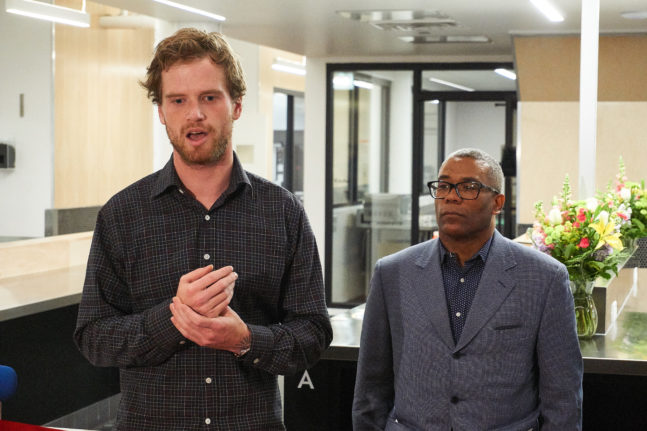 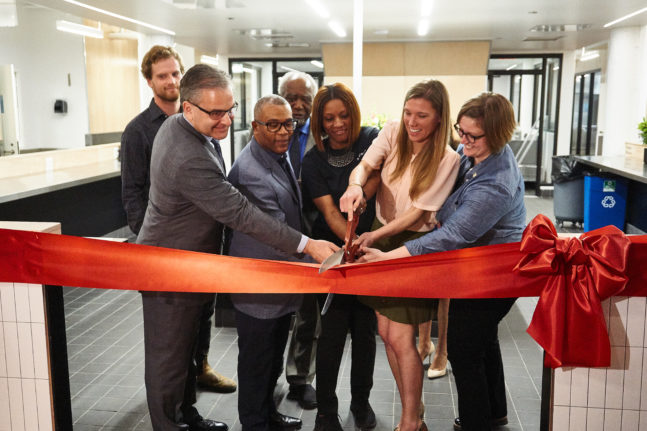 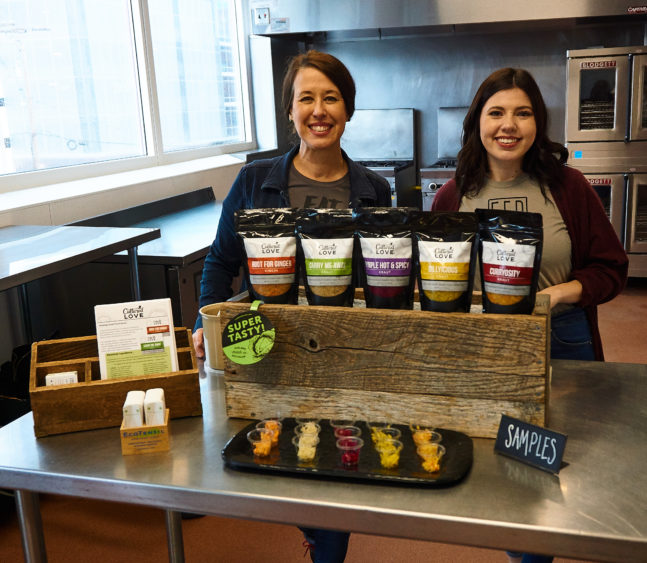 The tasting celebration at Pilotworks’ Grand Opening included three businesses that graduated from FamilyFarmed’s Good Food Accelerator. Cultured Love, a recent 2018 graduate, is a Michigan-based company that makes organic sauerkraut in a variety of traditional and international flavors… 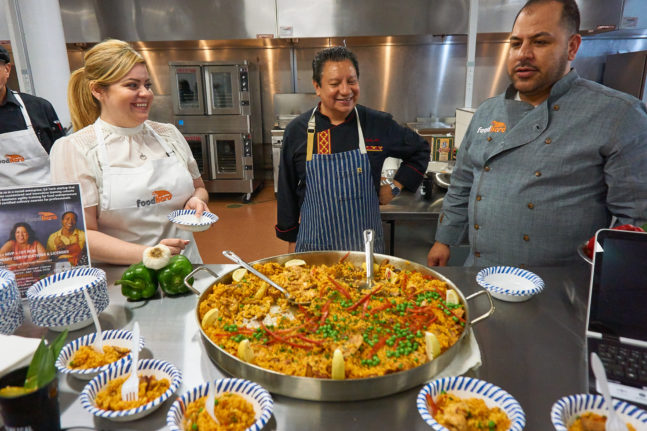 Food He.Ro was developing an online restaurant workforce development platform when it participated in the Good Food Accelerator in 2015-16, but recently pivoted to presenting Culinary Camp experiences at Pilotworks. If that gorgeous paella they served at the Grand Opening is an example of what they will be teaching, they’ll have no problem attracting students… 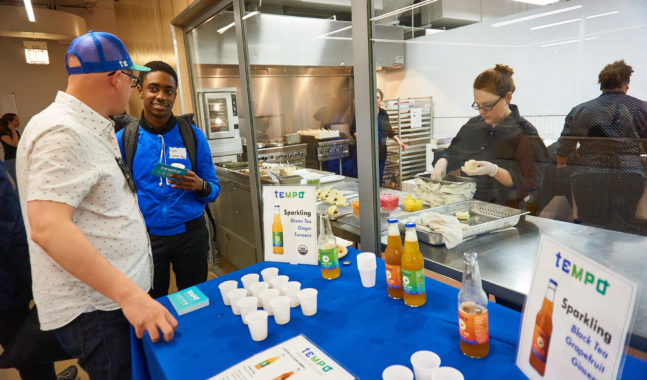 … and Tempo is a company that makes sparkling, unsweetened beverages. Tempo, like Cultured Love, graduated April 23 as a member of the Good Food Accelerator’s fourth cohort. Photos: Bob Benenson/FamilyFarmed 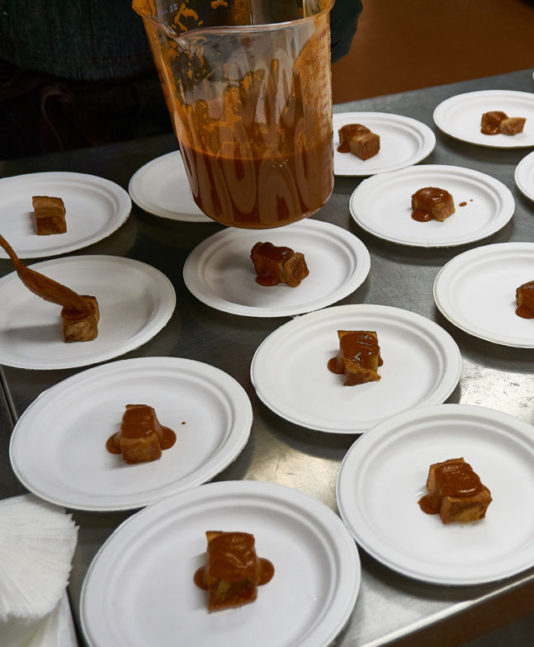 Among the other delicious fare served at the Pilotworks’ Grand Opening was pork belly with mole sauce from the Birreria Zaragoza Mexican restaurant…. 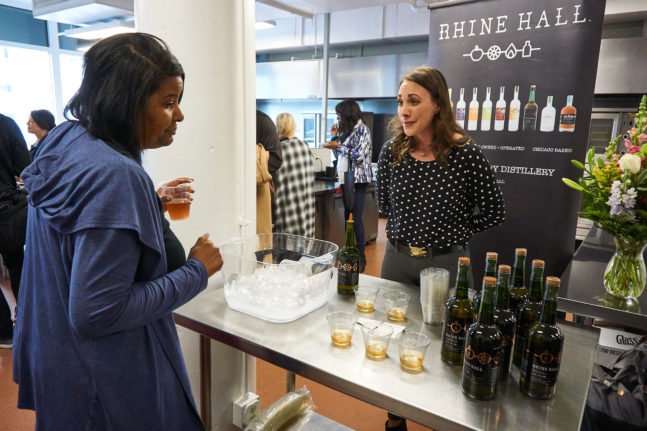 … and an apple brandy from Rhine Hall, a Chicago craft distillery that specializes in fruit-based spirits. Photos: Bob Benenson/FamilyFarmed 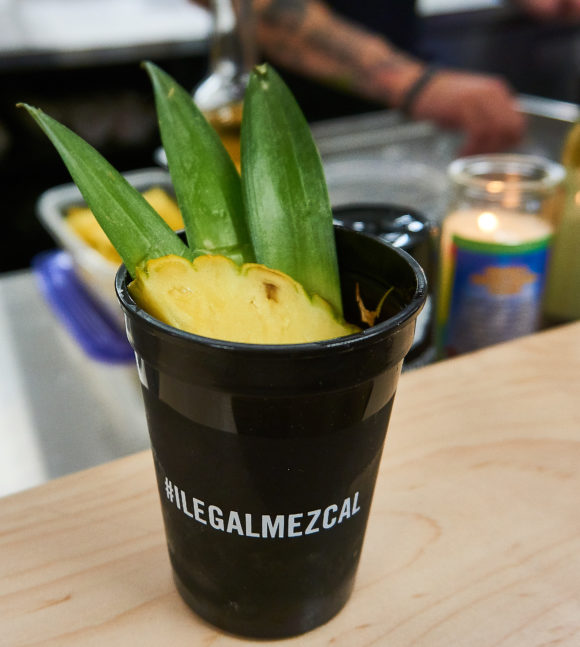 This lovely cocktail made with Ilegal brand mezcal and pineapple juice rated its own photo opp. Photo: Bob Benenson/FamilyFarmed