Paul Fehribach of Big Jones restaurant in Chicago’s Andersonville neighborhood will receive FamilyFarmed‘s Good Food Chef of the Year award during the Good Food Festival, Saturday, March 21 at the UIC Forum on the University of Illinois at Chicago campus.

He earned the award because of his culinary skills — steeped in the traditions of Southern cooking — and also because of the strong values that prompt him to seek out locally and sustainably produced ingredients, including many rare or heirloom varieties. Fehribach, in an earlier story on Good Food on Every Table, explained how a farm kid from southern Indiana became a leading advocate of the culinary heritage of the Deep South.

You will be able to learn much more about Fehribach’s cooking style and philosophy in The Big Jones Cookbook, which will be released by University of Chicago Press in April.

In the meantime, you can meet him at the Good Food Festival (the award ceremony on March 21 is scheduled for 11:45 a.m.); attend Localicious, the Festival’s annual food and drink tasting party on Friday evening, March 20, where Fehribach and other top chefs will serve tasty treats from their restaurants; and read the following excerpted q-and-a from an interview conducted Feb. 21. 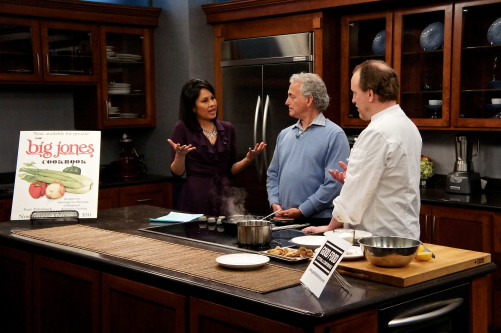 Fehribach on why he is a veteran participant in the Good Food Festival:

I’ve always enjoyed the Good Food Festival… It’s always been a great networking event, but it’s gotten bigger and bigger and it’s really just kind of fabulous now. And all of the ancillary things that go on around it, I think are equally important.

On how the Festival helps make Good Food more accessible: 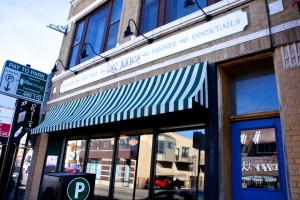 The Financing Conference, the School Food program, there’s definitely a multi-pronged thing going on, which is important… The Financing Conference, where you’re presenting opportunities to all people, not just to expand their market but to reach into other markets, and really grow the movement in a more diverse way than it had been growing. And you see a lot more happening lately than you did through the ’90s especially, it seemed it was always the same people showing up at all the events, it was kind of a little club that wasn’t going anywhere. I feel like the last few years, there’s real momentum again.

On why McDonald’s and other old-line fast-food places are getting outpaced by those, like Chipotle, that have more of a Good Food ethos:

They don’t get it. Their formula that has been so successful for the entire existence of the company is when the marketplace changes, you change your message. You don’t change your practices. So I don’t think they really understand…  If I need something fast, and in this day and age sometimes I do, I find myself these days at Chipotle. It’s not a perfect company, but it is a company that has made an effort, they’ve made a legitimate and genuine effort to serve higher quality food, and to do it on the scale that they are doing it is really impressive. To do it on the scale that McDonald’s would have to do it means they probably are not going to be able to. Looking a generation forward it probably threatens that company’s existence.

On how younger people “get it” and are forcing change in food choices: 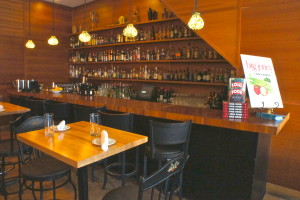 Along with its heritage Southern cuisine, Big Jones has an extensive beverage program that focuses on another Southern tradition: bourbon whiskey

The millenials, they’re not looking to network television for their news. So that message and that formula that Food Inc. has exploited for more than a century is just not as effective as it was. In part because the most desirable consumers, the ones who are entering the marketplace, are entering in a media environment that Food Inc. knows nothing about. Again they keep pushing the same old buttons… I don’t think they’re going to be capable of matching much less capturing the creative energy that you have in the young generation and you have in the Good Food movement. I think they were caught off guard and they’re still off guard, they’re terrified, and they’re going to lose. We’re still a generation out, but they’re going to lose.

On how it’s not all serious business for chefs at the Good Food Festival: 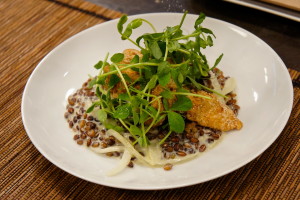 It’s a blast. You get to see everybody in a way you don’t usually get to see them. Most of the people who are at the Festival are people that I know in some sort of working relationship. I think we chefs especially, but farmers as well, artisans, small producers, we’re all busy. We don’t get a chance to party together very often. That’s the awesome thing about Localicious, you get to hang out in kind of a different way, which is fun.