Chicago’s culinary community celebrated its top honors at the annual Jean Banchet Awards on Jan. 17. The prizes handed out, at a lively two-hour ceremony, underscored trends that continue to elevate our hometown’s status as one of the world’s most important restaurant cities. 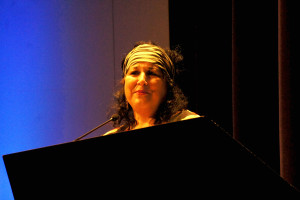 Chef Carrie Nahabedian received the Jean Banchet Culinary Achievement Award for her work at her Naha and Brindille restaurants. Nahabedian is a longtime advocate of sourcing ingredients from local producers.

The one most relevant to us at Good Food on Every Table is the ever-increasing prominence of a Good Food ethos. So many leading chefs today are seeking out locally and sustainable produced ingredients that the term “farm to table” has quickly changed from a niche to a trend to redundant, as it becomes standard operating procedure for many restaurants.

This development can be seen in the Culinary Achievement Award given to chef Carrie Nahabedian.

Nahabedian is, of course, known for the excellence of her preparations at two downtown Chicago restaurants: NAHA (an abridged version of her name), which holds a coveted star from the Michelin restaurant guide, and the newer Brindille. She learned her craft in the late 1980s under the late Jean Banchet — for whom the awards are named — at his Le Francais, a French restaurant in the suburbs that helped put the old meat-and-potatoes city of Chicago on the nation’s and world’s culinary map.

But she also was among the early chefs to seek out local farmers to obtain the freshest ingredients for her cooking. This led to her longstanding relationship with Green City Market — Chicago’s biggest and highest-profile farmers market — which she serves as a member of the board of directors. 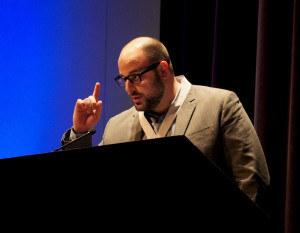 Chris Pandel, winner of the Jean Banchet Chef of the Year Award, features Midwestern ingredients at his growing group of Chicago restaurants.

The Chef of the Year award went to another of Chicago’s exemplary Good Food citizens: Chris Pandel, who has a big impact on the local scene with restaurants such as The Bristol, Balena, Formento’s, Nonna’s, Swift & Sons, and Cold Storage, all part of his B. Hospitality Group. The lead paragraph of his official biography cites his use of “predominantly local Midwestern ingredients,” and he also describes himself as a supporter and advocate of Green City Market.

The awards ceremony was also a great event for advocates of Girl Power. Most of the winners, either for individual or collective achievements, are women. 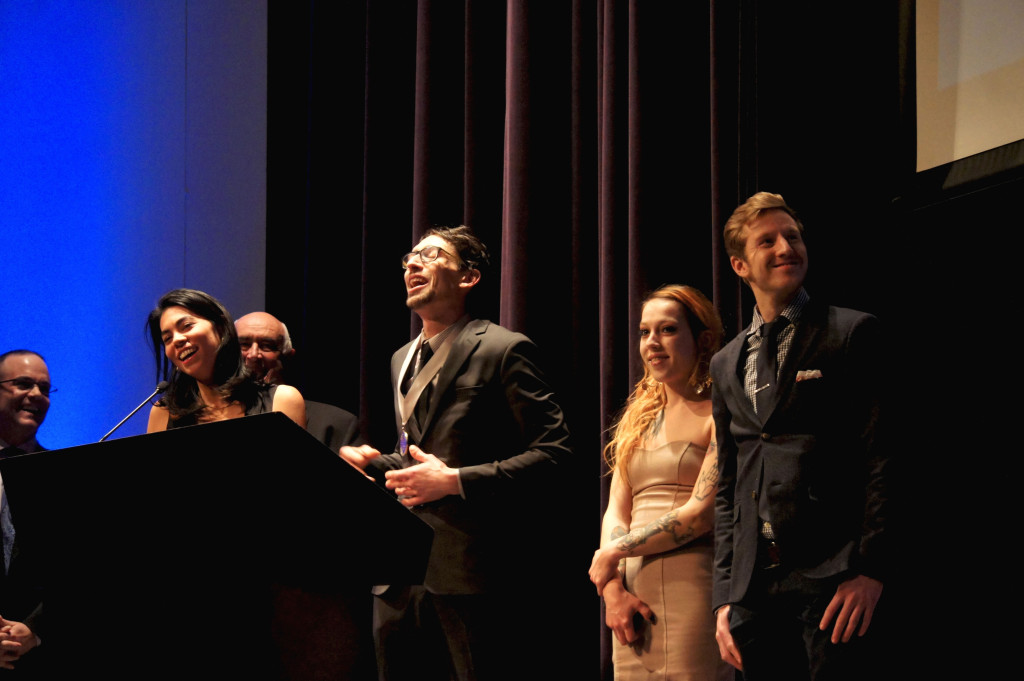 Adrienne Lo and Abraham Conlon (at podium), co-owners of Fat Rice, celebrate with team members after winning the Jean Banchet Restaurant of the Year Award. Fat Rice features the cuisine of the Chinese island of Macao.

Two of the big winners also represent the kind of innovative Asian-influenced cooking that is on the rise in Chicago. Fat Rice features the cuisine of Macao, a longtime colony of Portugal, near Hong Kong, that was transferred to China in 1999. Parachute — a nominee for national New Restaurant of the Year at last year’s James Beard Foundation awards — has a fusion menu that include the flavors of Korea, Kim’s ethnic heritage. 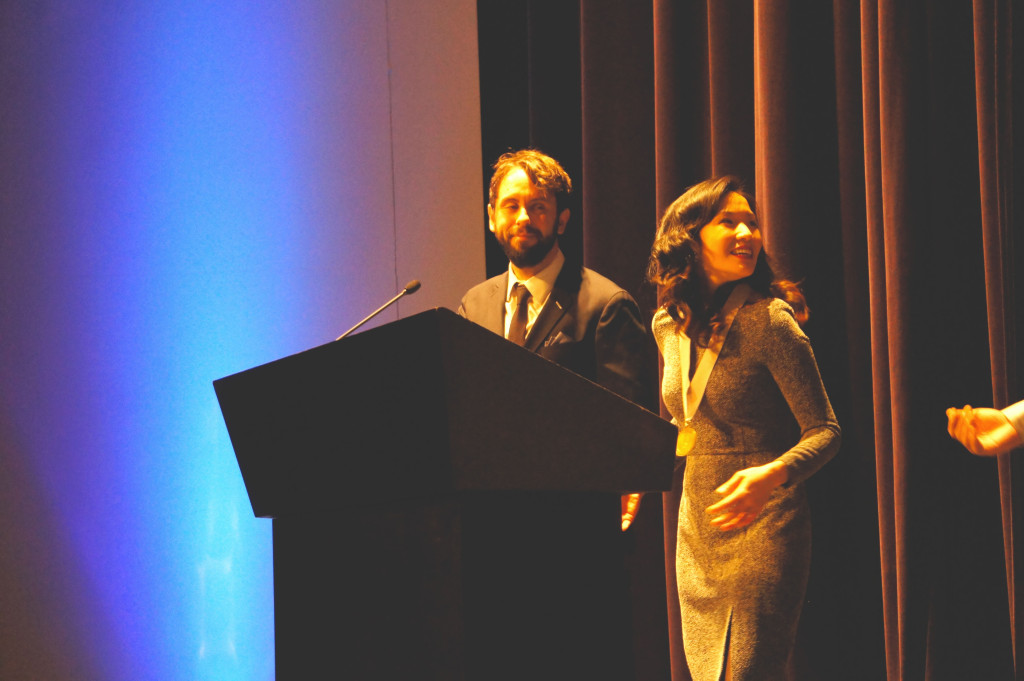 The Korean-influenced cuisine at Parachute, a relatively recent addition to the Chicago restaurant scene, earned shared Rising Chef of the Year honors for husband-and-wife co-owners Johnny Clark and Beverly Kim.

Restaurant of the Year: Fat Rice

Chef of the Year: Chris Pandel (The Bristol/Balena/B. Hospitality Group)

Proceeds from the event benefit the Cystic Fibrosis Foundation. 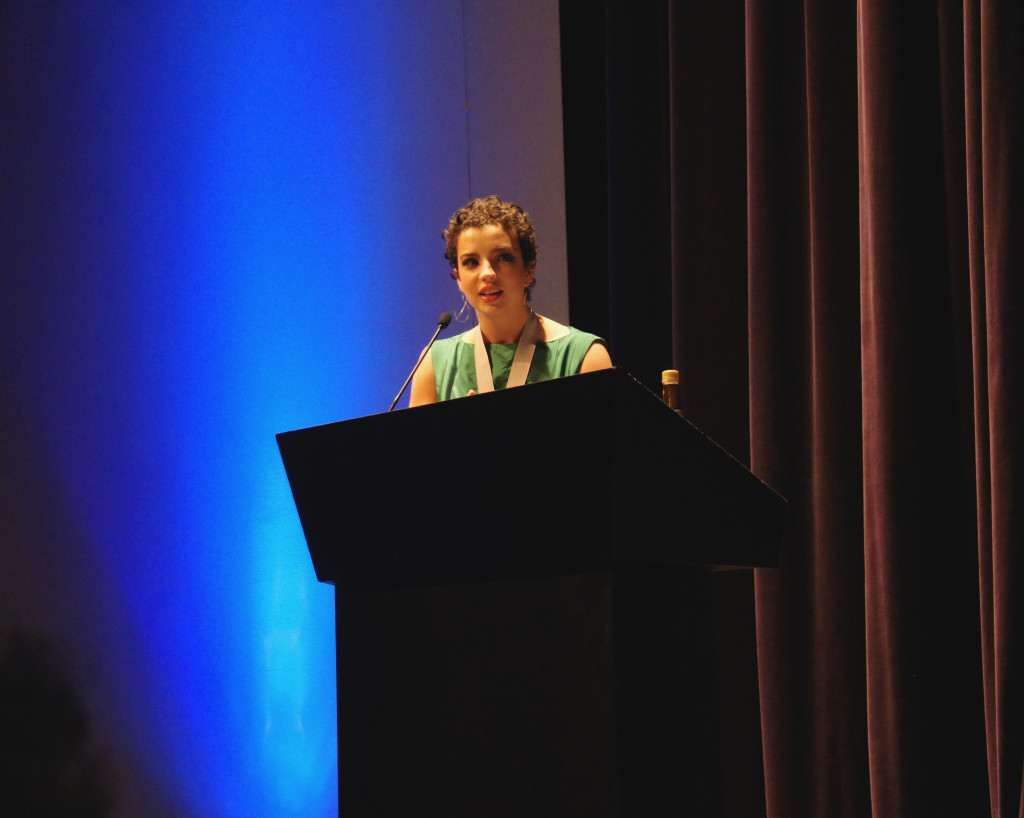 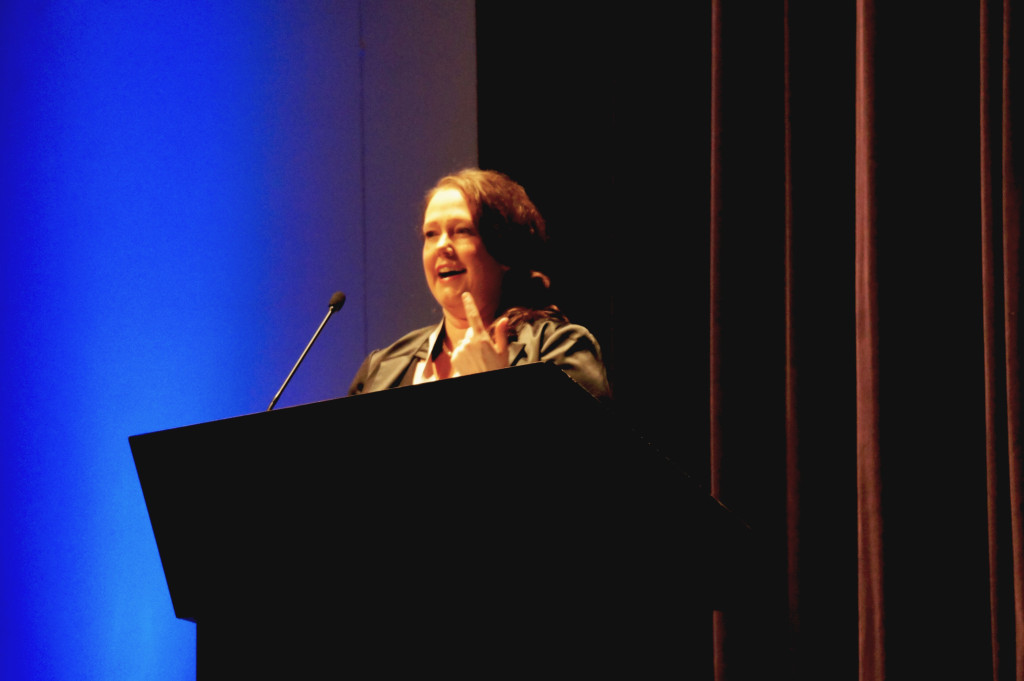 The awards to Jacyara De Oliveira of Sportsman’s Club (top) as Best Mixologist and Elizabeth Mendez of Vera as Best Sommelier underscored the rising prominence of women on Chicago’s beverage scene.