Thad Smith is founder of Westside Bee Boyz, an apiary services company and honey producer who found purpose in beekeeping after spending time in incarceration. Westside Bee Boyz is exhibiting at FamilyFarmed’s Good Food Trade Show today and Good Food Festival tomorrow, both at Chicago’s UIC Forum, and is even rolling out a honey-based soft drink there.

Smith’s trajectory is not the usual one for Good Food entrepreneurs, but his experience gives him a vision of enormous opportunities for individuals who also faced challenging circumstances. Here is his story.

We often highlight the potential for Good Food businesses to revitalize economically challenged communities and improve the lives of those who live there. Few businesses combine both of those elements in one person as much as Chicago’s Westside Bee Boyz.

Founder Thad Smith’s beekeeping and honey company is still quite small, but he has big dreams for the company. He views it as a platform for community and young entrepreneur development in North Lawndale and other troubled communities in Chicago.

And he is already living the dream, just a few years removed from incarceration resulting from crimes he committed during a period of financial distress.

Smith’s personal revival began when he became involved with the North Lawndale Employment Network and its Sweet Beginnings affiliate, which provides full-time jobs in “green” industry to those returning from incarceration, and produces the Beelove line of honey-based products.

“I found I loved bees, I loved the opportunity it gave for me,” said Smith, who added that he had always wanted to be an entrepreneur. “They created the position of apprentice beekeeper for me after three months of being there. Then after a year and a half they promoted me to head beekeeper running 131 hives, 60 different locations, set up two new apiaries, classes.”

Smith gives much credit to John Hanson, Sweet Beginnings’ head beekeeper at the time. “Great man. He’s been my mentor, my business partner, I consider him a father figure in my life,” Smith said.

Not long after he created Westside Bee Boyz, which he describes as an urban apiary services company that manages hives for corporations, organizations and individuals, and also produces honey from a wide variety of floral sources. The company made its first big breakthrough when it was invited to participate in the Homegrown tent at Farm Aid 2015, which took place at Chicago’s Northerly Island.

His progress hit a bump in the road in early 2016. Smith admits to have skipped out on his probation obligations (“After the first year, it was an intrusion. I made a choice not to go back.”), which turned out to be a big mistake when a routine traffic stop landed him back in jail for four months. 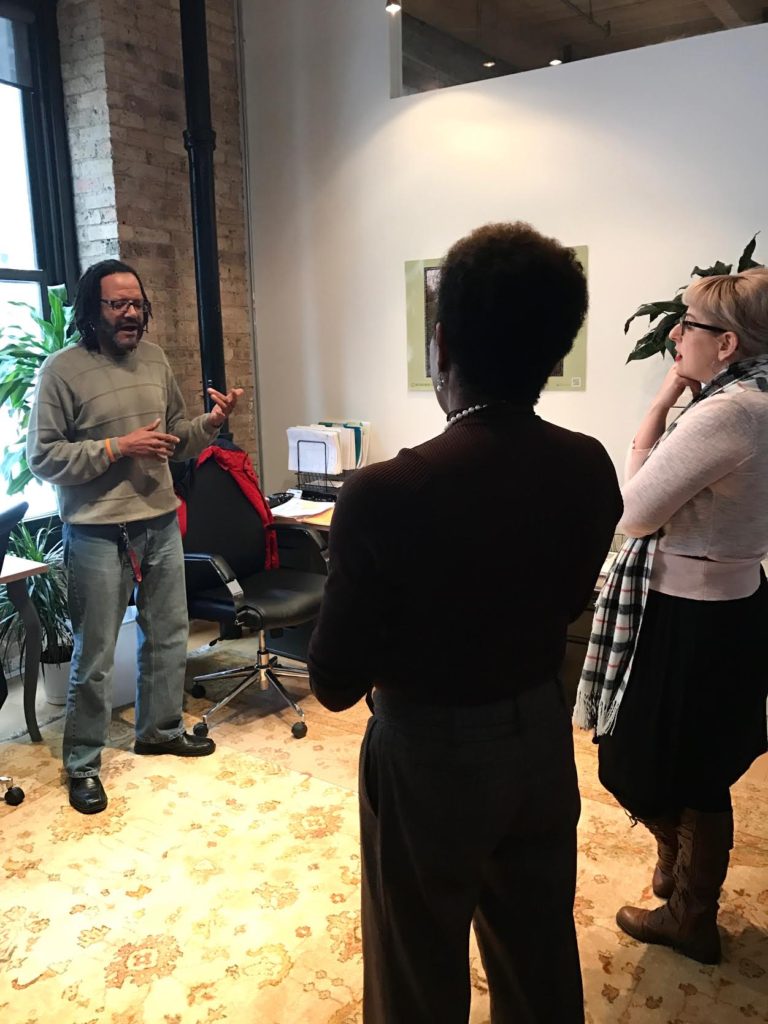 Back From The Brink

Smith is now working tirelessly toward a larger vision of “social justice through entrepreneurship.” He said, “In five years, my life completely changed. I can do that for somebody else, or at least give them the opportunity to do it.”

He hopes to develop the resources to promote beekeeping apprenticeships in communities such as North Lawndale, which are short of jobs and opportunities and high in crime and the percentage of the population that has done time. Smith states that these circumstances often make it easier for someone to start their own business that to find a job elsewhere. 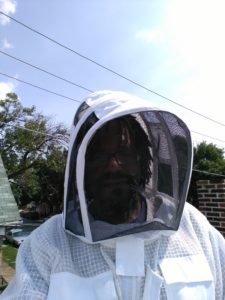 Having lived life on the streets, Smith has a unique take on how people living on that edge actually develop skills that they can utilize in legitimate business. “I tell these brothers on the streets, you’re a businessman!,” Smith said. “If you’re selling weed, you’re in sales and marketing. Also you’re an accountant, you’ve got to count your money. You’re a math major, you have to know what’s on that scale. When I focus it that way, they get it, they see where man, I could switch this to the boardroom no problem.”

Smith is piloting a program he calls 100 Hives/5 Years/5 Lives, a beekeeping apprenticeship program that he aims to bring to full scale in February 2018. He also is expanding his product lines beyond pure honey and beeswax candles to a honey-based soft drink — which he is officially introducing at FamilyFarmed’s Good Food Trade Show today (March 17) and Good Food Trade Show (March 18) — and an alkaline water, as well as a line of beauty products. 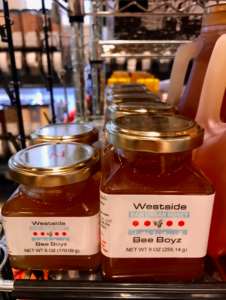 On the horizon, he sees projects such as a one-acre farmstead on Chicago’s West Side. “Most of these kids haven’t see a cow or a sheep, they don’t know nothing about a farm, unless they go to a zoo, that’s where they’re going to learn,” Smith said. “Start one right there in the neighborhood, a farm, educational, where you grow your crops.”

And he views all that he is doing as part of the Good Food movement and its goal to expand access to locally, sustainably, humanely and fairly produced food. Said Smith, “We import 90 percent of the food that Illinois eats. Why don’t we make a concerted effort, let’s take 10 percent of that off. If we grew 10 percent of our food here, that’s $2 billion put into this economy alone.”

In the meantime, Smith continues to reach out to the hivemind of Chicago’s Good Food community in pursuits of his goals.