In the contributed column below, Moon details the rising tide of chef activism and how the James Beard Foundation has responded with its Chefs Boot Camp for Policy & Change.

To learn more about all of the exciting Good Food Festival & Conference schedule and to purchase tickets, please click here.

Ask chefs about their food and cooking, and you’ll likely hear about the purveyors with whom they work and the people who produce the products they like to work with.

Ask chefs what they do in their community, and you’ll likely hear about the many non-profit organizations and causes they support by cooking at fundraisers and donating gift certificates.

Ask a chef if they’ve engaged in advocacy and campaigns around improved food policy and these days, you’re more likely than ever to hear an emphatic “yes” —something reflected for the past four years by the Chefs Boot Camp for Policy & Change created by the James Beard Foundation, where I serve as vice president.

Because trusted, visible champions are critical to influencing behavior change among consumers and to driving public policy reform in support of a Good Food system — something the culinary community is positioned to lead like never before.

The James Beard Foundation recognized the incredible potential the culinary community has to drive food system change and piloted the first JBF Chefs Boot Camp for Policy & Change in 2012. This new program assembled 15 established chefs from all over the country for a two-day intensive policy and advocacy skills training around food system issues. 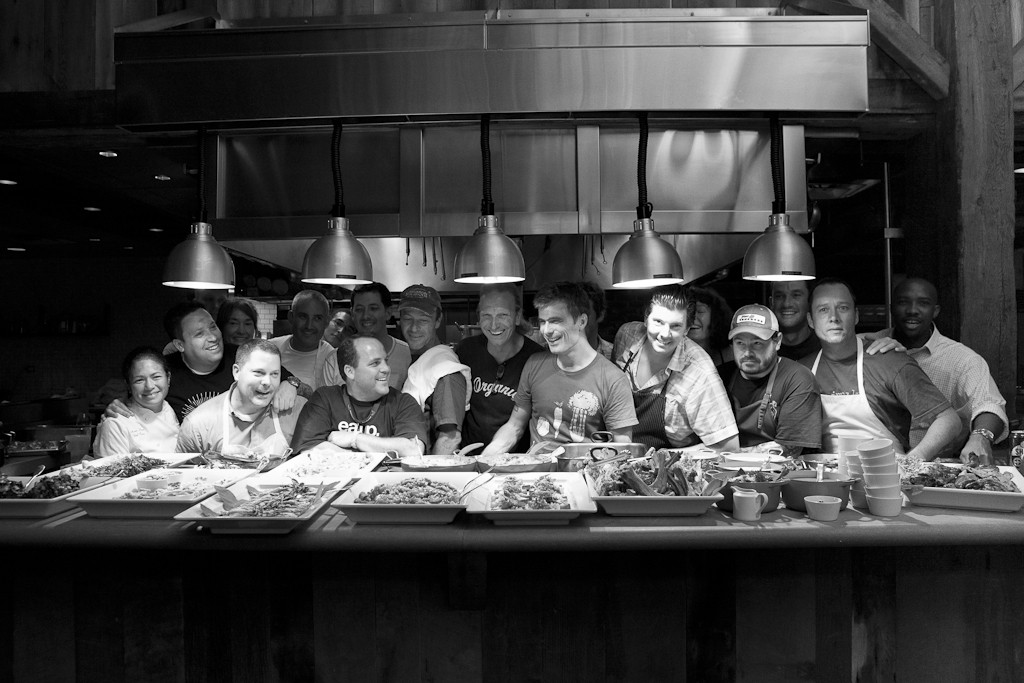 Our goal was to provide these influential advocates with the basic skills needed to effectively engage in any number of campaigns aimed at improving our food system. We didn’t know if it would work, or if the chefs would have an interest in engaging in policy, but we gave it a try. What we found was that the culinary community has tremendous interest in driving change — but doesn’t necessarily have the skills or support to truly affect change.

At the conclusion of the first program, all of the chefs asked, “What can we do now?” We hadn’t considered immediate next steps, but the timeliness of the campaign around antibiotics overuse in animal production provided a perfect opportunity to connect these new advocates with a partner organization who could engage them in a meaningful way.

What we experienced was rapid growth in chefs signing onto the campaign because of the influence of outreach by the 15 boot camp participants. In a matter of weeks, the chef signatures went from 100 to more than 400 and translated to millions of social media impressions. In that moment, we realized the true power and reach of the culinary community.

We officially launched our Chefs Boot Camp program in early 2013 and have completed eight of these trainings with more than 105 chefs trained nationally and more than 625 chefs who have applied. In 2013, JBF also helped to launch an organization called the Chef Action Network (CAN) to act as the ongoing advocacy support network for these chefs after they complete boot camp. 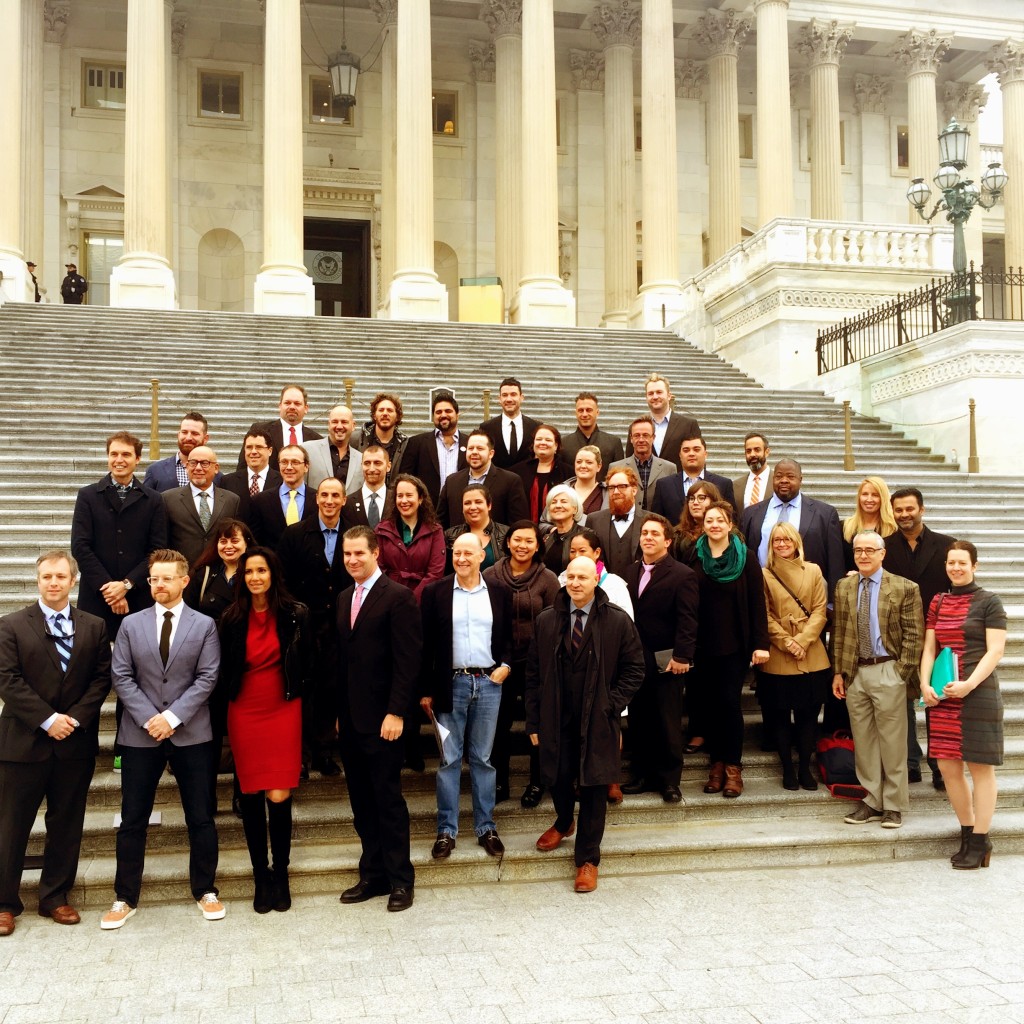 With the help of CAN, the community of more than 105 chefs has engaged in improving our food system with activities spanning the entire spectrum of advocacy — from their restaurants and communities to regional and federal efforts. We’ve helped assemble regional groups of chefs in places such as Sacramento, Nashville and Orlando to build stronger support for the regional food producers, the formation of local food policy councils, and better coordination between the local culinary community and the food policy organizations that are doing great work in their regions.

Working with partner organizations, we’ve coordinated groups of chefs to participate in advocacy days in Washington, D.C. around both Childhood Nutrition Reauthorization and labeling standards. And, we’ve supported chefs who want to build their own programs and initiatives from the ground up, such as Chef Hugh Acheson’s Seed Life Skills and Pastry Chef Emily Luchetti’s Dessert Worthy campaign. 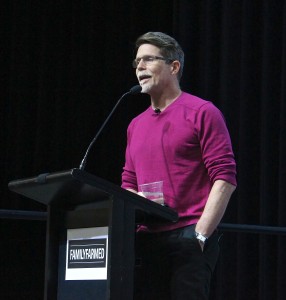 As we grow and expand this work, and the ways that we support and engage these important advocates, we are confident that the culinary community is currently — and will continue to be — a powerful force in creating a better food system in America.

We’ve assembled a fantastic panel of chef advocates to join us at The Good Food Festival & Conference in their hometown of Chicago. The panel takes place at 4 p.m. on Friday, March 25.

Chef Boot Camp alumni Rick Bayless of the Frontera group of restaurants featuring regional Mexican cuisine, Paul Fehribach of the traditional Southern-themed Big Jones, and Bruce Sherman of fine-dining North Pond will be joined by Abra Berens, executive chef of Stock Café at Local Foods, an innovative grocer and distributor of food products from around the Midwest.

These chefs integrate the principles of a Good Food system in their dining establishments and their work in the broader community. Be sure to join us at Chicago’s UIC Forum as we explore the important role the culinary community can play in creating a Good Food system for all. 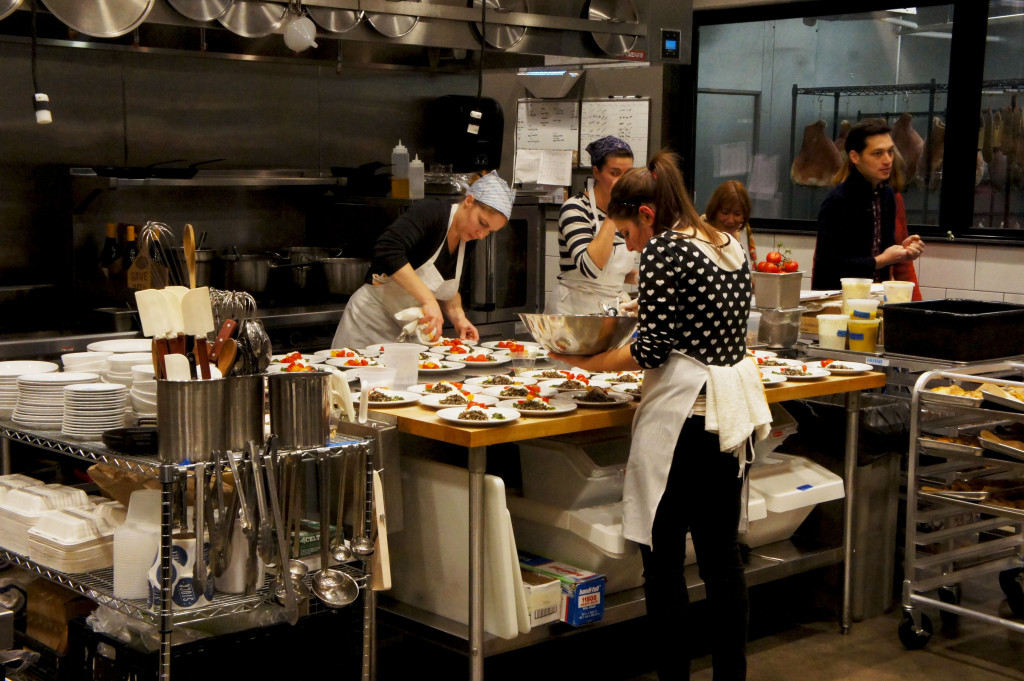 Abra Berens (left), executive chef of Stock Cafe at Local Foods, works with her staff to prepare a special dinner for a group on Dec. 4. Photo: Bob Benenson/FamilyFarmed.

Kris Moon is vice president of the James Beard Foundation, based in New York City. The Foundation, for the second consecutive year, will present its awards ceremony — the highest honors for the nation’s culinary community — in Chicago, on May 2 at the Lyric Opera House.