FamilyFarmed’s 12th annual Good Food Festival & Conference is coming up March 24-26 at the UIC Forum in Chicago. One is the highlights will be a showing of A Farmer’s Road, a documentary about Prairie Fruits Farm & Creamery, a producer of goat milk cheeses and gelato in Champaign, Illinois. The film will be shown at the Good Food Festival on Saturday, March 26 at 1:30 p.m.

To learn more about all the programming for the Good Food Festival & Conference, please click here. To purchase tickets for all or part of the three-day event, click here.

Cooperband and Jarrell moved to Champaign from Madison, Wisconsin in 2003, and gradually traded in their lives as academics for a life of farming. Their farm and its products and experiences have become well known to patrons around Chicago (especially their customers at Green City Market) as well as patrons closer to home. After more than a decade of cheese making, they have cultivated a loyal following of chefs who feature Prairie Fruits cheeses on their menus and visitors to the dinners and other farm experiences they offer. 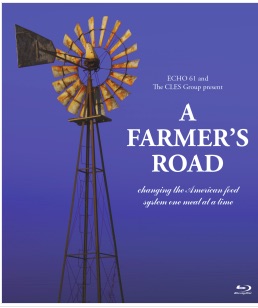 Publicity poster for A Farmer’s Road, a documentary about Illinois’ Prairie Fruits Farm & Creamery, which will be shown at FamilyFarmed’s Good Food Festival on March 26.

And now they are even movie stars, thanks to A Farmer’s Road, a new documentary about Prairie Fruits Farm & Creamery conceived by director John Murray. We offer no spoilers in this article, because FamilyFarmed is showing A Farmer’s Road at its Good Food Festival at Chicago’s UIC Forum on Saturday, March 26, and we want you to come see the film. (Admission is included in your ticket to the Festival, which can be purchased online by clicking here.)

Broadly, the film follows three years in the farming lives of Cooperband and Jarrell, both holders of doctorates in soil science. They gave up the security of academic tenure at the University of Wisconsin-Madison and University of Illinois-Champaign-Urbana for the risks and rewards of running a goat farm and creamery on the outskirts of the latter college town. The film underscores their approach to lead by example, employing sustainable and humane practices on their farm and promoting the Slow Food movement.

Murray said his interest in documenting Prairie Farms’ work was piqued when his sister-in-law, a resident of the Champaign-Urbana area, invited him and his wife for a “dinner on the farm.”

“I was told the evening would be long and enjoyable with multiple courses of delicious small plates made from ingredients sourced locally, many of them from the farm itself, and all in the spirit of the Slow Food movement,” Murray said. “What I experienced, though, was much more than that.”

Murray noted, “As I saw it, the farm had value, and not just to its custodians, but to the community and what it represented. In many regrettable ways, American food has become bigger than the table it sits on. Too much of it is mass-produced, chemically structured, flush with preservatives and devoid of nutritional value.”

He continued, “I envisioned A Farmer’s Road to use the successes and challenges of the farm to look at the relationship between production and consumption, and to find a better way to better food.” 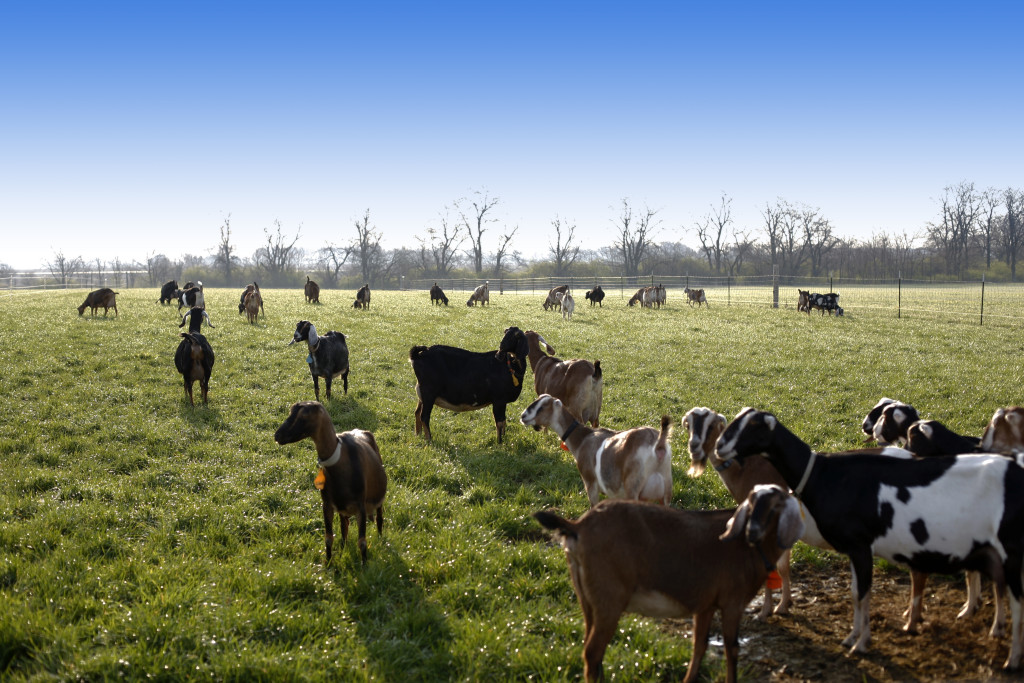 Goats graze on the grass at Prairie Fruits Farm & Creamery in Champaign, Illinois, subject of the documentary film A Farmer’s Road.

Along with Jarrell and Cooperband, the movie spotlights Alisa DeMarco, former Executive Chef at Prairie Fruits Farm & Creamery, who conceived and produced the popular series of farm dinners held every two weeks each May to December, and three leading Good Food advocates in the Chicago chef community:

• Rick Bayless: Over the past 30 years he has helped build a culinary market for local and sustainably produced food in Chicago, through the purchasing practices at his Frontera group of restaurants and through the financial assistance provided to farmers through the Frontera Farmer Foundation. (Bayless will be participating in FamilyFarmed’s Good Food Festival and Conference, as a member of a panel on chef activism moderated by the James Beard Foundation on Friday, March 25, and by conducting a chef demo at the Good Food Festival on March 26.)

• Stephanie Izard, whose Girl & the Goat restaurant and Little Goat Diner on “Restaurant Row” in the West Loop neighborhood have made her a star on Chicago’s culinary scene.

• Paul Virant, who, like Bayless, helped establish the “farm to table” restaurant movement in the Chicago area, with Vie restaurant in suburban Western Springs. He subsequently opened Perennial Virant in the Lincoln Park community, which happens to be right across Clark Street from the outdoor summer home of the Green City Market where Prairie Fruits sells its products.

As a result of the time challenges Jarrell and Cooperband faced in running the farm and business, and the fact that Murray was doing the documentary as a side project, it took five years for A Farmer’s Road to be completed. It is now in circulation, and the Good Food Festival is pleased to host a screening.

A Farmer’s Road has been very well-received, and has been selected for presentation at several film festivals around the country and at a host of screenings around Illinois. The film played before a packed house in the Chicago suburb of Oak Park on March 6 (as part of the One Earth Film Festival) with a post-showing discussion moderated by Jim Slama, president and founder of FamilyFarmed.

If you cannot make it to the showing at the Good Food Festival, you may order home, education or screening editions of the DVD on the movie’s website by clicking here.