There are few people in the restaurant business who have kept farm to table real better — or longer — than Chicago’s Helen and Mike Cameron. They opened Uncommon Ground in 1991 and ever since have been blazing trails in providing diners with locally and sustainable produced food.

From its beginnings as a 850 square foot coffeehouse on Clark Street near Wrigley Field, Uncommon Ground has expanded — at its original spot and the Devon Avenue location opened in 2008 on the far North Side — to two 4,000 square foot full-service restaurants, both of which have music performance spaces; the Devon location has the nation’s first certified organic rooftop farm, and the Camerons opened Greenstar Brewing, Illinois’ first all-organic beer producer, in 2014. 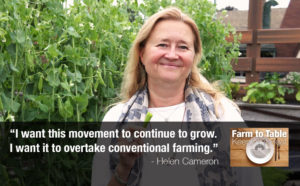 Uncommon Ground had already established its reputation as a farm to table leader when it was featured in 2006 on Check, Please!, a television show in which three diners who are not food professionals review restaurants. There were unanimous raves from these citizen reviewers, and, according to Helen Cameron, “The next morning there was a line of people waiting to get in. It was just pure insanity, another full 80 percent on top of the sales we’d done with the new space.”

The following is an excerpted q-and-a with Helen Cameron, conducted at Uncommon Ground’s flourishing rooftop farm on June 16.

FamilyFarmed (FF): Since this is your 25th anniversary coming up, was there a local food scene when you started this?

Helen Cameron: When we first opened, I used to go down to the [wholesale] market on Lake Street downtown and tried to pick out the goodies that I wanted to have in the coffeehouse/café. When the summer came, I would go to the farmers markets and I quickly realized that those particular farmers markets were selling the same produce that I was buying at the market, had been shipped in from wherever, but certainly not nearby. I was just so disappointed by that. My parents live in the Michigan-Indiana border. There’s always really great farmstands to go to to get local produce. We would go fruit picking at farms and get bushels of apples, flats and flats of berries and make jam, all that kind of thing…

Years later, the Green City [farmers] Market opened and that really changed everything, because it provided a connection to farmers much closer to the Chicago area, closer to home, many still from Michigan as well. It set me up to not have to do those road trips to get those goodies anymore. Those items were coming in to us.

FF: You must have been pretty unusual at that time as someone who went to them?

Cameron: We are uncommon by nature. [laughs]… Whereas in your conventional type of restaurant your chef is calling a couple, two, three purveyors, we were probably making 20, 25 phone calls to get everything we needed. That was pretty inefficient for us and the farmers… Eventually we managed to spend some time talking to Testa [a Chicago produce wholesaler]… They were very open to sorting out a way where they could identify and buy local produce and let the restaurateurs who were interested in purchasing that local produce have a way to purchase that and have them deliver it to us, and also invoice us appropriately so we knew where our food was coming from…. 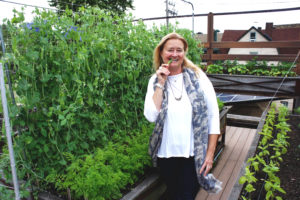 Helen Cameron, who co-founded Uncommon Ground with her husband Mike 25 years ago, snacks on a sugar snap pea grown at their restaurant that has the nation’s first certified organic rooftop farm. Photo: Bob Benenson/FamilyFarmed

Then the next really great thing that happened was Andrew Lutsey, we had a fantastic conversation about this idea for a local foods distributor. That person I was looking for years before finally showed up on my doorstep. He was very serious about trying to find a way to help make that happen… The end product was Local Foods. That’s just a really brilliant thing that’s happened here in the Chicago area. Now we have a full-on local foods distributor…

Now, by providing a market to those local people and allowing them to succeed, now they’re able to do more and more… Now, we get great product year-round. One of the biggest revelations most recently is MightyVine tomatoes. As soon as the tomato season in the Midwest ended, I stopped having fresh tomatoes on my menu. For many, many winters, we had no red ripe tomatoes. But now with these MightyVine tomatoes and they are just delicious, they are so local and so brilliant… It’s a game changer.

FF: As a real early adopter, at what point, did you look back and realize there really was a parade behind you?

Cameron: I wanted it to be a movement. I wanted that movement to continue to build and grow. I want it to overtake conventional farming… Several years in, after the Green City Market was up and at them, they have that barbecue every year, and in the first year it was just a few restaurants, it was a tiny event. At a certain point, it became a gigantic event. Suddenly all these restaurants have become enlightened to what’s available here and have bought into this idea…

FF: Let’s talk about this rooftop Garden of Eden.

Cameron: The Clark Street location was slammin’ busy and we were doing really well. At that point we started the conversation of “let’s start another one”… Someone got in touch with us from the Edgewater Development Corp. and told us about this building…. We decided we have to go and check out the condition of the roof. We came here one day with a ladder and Mike held the ladder while I climbed up. It was February, cold but a bright sunny day. When my head cleared the parapet wall, I saw this huge space up here, and I said, ‘Holy crap, Mike, we can grow food up here, this is huge’… 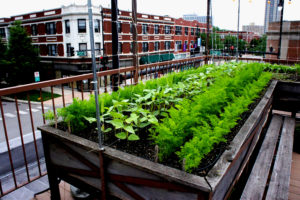 While growing a lot of food, all of which gets used up in the restaurant, we have two farm directors who are training a team of interns. Over the years we’ve had many amazing interns who have gone on to do great things in the world of urban agriculture, which I’m very proud of. I’m growing food but I’m also growing people who can grow food. Those people then take what we’ve taught them and they pay it forward in this world of urban ag and organic production.

Urban ag is expanding in the city, and you need people who know and understand how this works and we need more advocates for that. We need to re-localize food in the city. We have a lot of tours, we do a lot of talks, we’re very involved with the community. The change we want to see in the world, we’re really trying to inspire people to understand there’s a lot of different ways you can grow food… 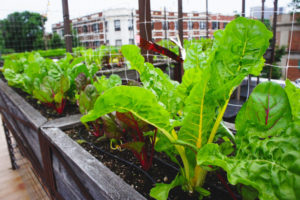 And kids, we’ve had so many kids groups come through… I think it’s really, really important to start educating children about where their food comes from, and to eat that fresh food, to create that dietary habit… In order to bring health back to our population, it starts with getting kids eating that Good Food and educating them and their parents. We are really working on every front we possible can to incorporate that… And now we’re doing kids eat free Monday through Friday from 5 to 6:30, really just trying to get a stronger connection with parents and their kids and feed kids better food.

We try to have a lot of events and open houses so more and more people can come and see what we’re doing and understand it and realize our commitment to this, and hopefully we inspire them to eat better, go to their farmers market, whatever little thing we can inspire them to do to change direction and habit a little and get on board with the Good Food movement, that’s what we try to do…

If I don’t want to eat it, if I’m so horrified by it that I don’t want to put it in my mouth, I’m certainly not serving it to anybody in my restaurant… Over the years that has served me well, I have been able to make those connections and I’ve been able to find things that I really prefer to have here. And hopefully in the process I’ve taught so many people. 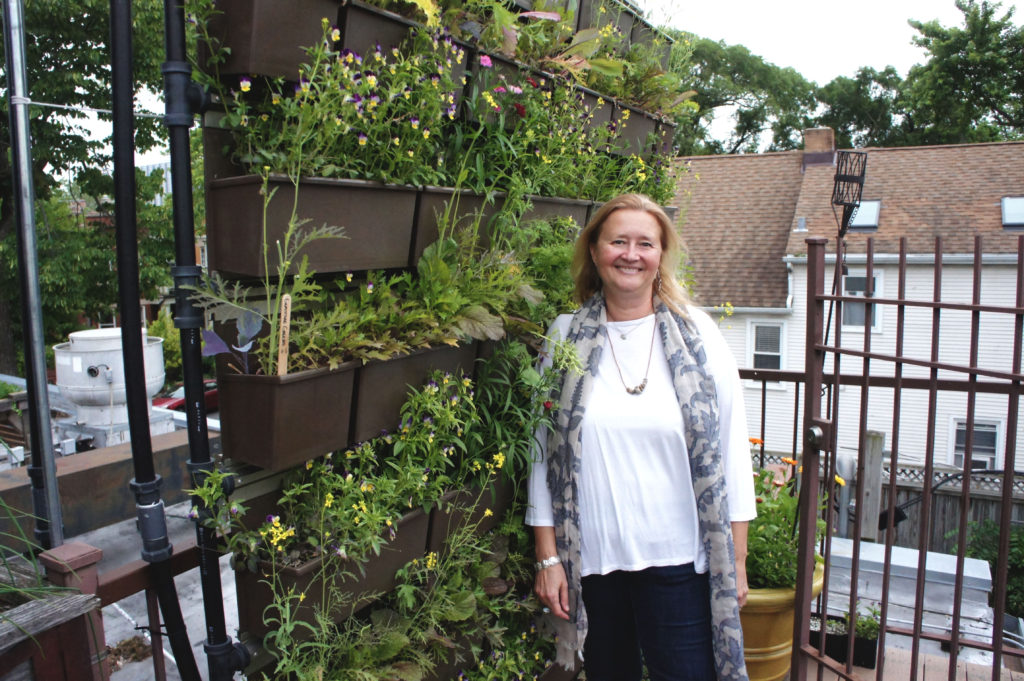