“Farm to table” dining may have become commonplace on Chicago’s restaurant menus. But Chef Paul Virant was in the vanguard of the movement just 13 years when he opened Vie restaurant in the suburb of Western Springs.

The impact Paul has had was evident on the plates of those who attended the 10th Annual Peak Harvest Farm Dinner staged by Angelic Organics Learning Center in Chicago on July 27. All six members of the all-star chef lineup who prepared the appetizers and entrees had worked in Paul’s kitchens as they rose up the career ladder: Ben Truesdell (now of The Publican), Keith Potter (Cindy’s), Joe Frillman (Daisies), Spencer Blake (Naha), Brian Motyka (Spiaggia) and Ed Sura (NoMI Kitchen).

“What an amazing thing it was when I found out that without even hesitating, they all signed up for this event tonight,” Paul said in an acceptance speech that was much more about the local farmers from whom he buys his ingredients for Vie, the more casual dining Vistro in suburban Hinsdale, and Jar Sessions, his brand new line of prepared foods that show off his mad food preservation skills (he is the author of The Preservation Kitchen cookbook).

Citing the contributions of Angelic Organics Learning Center and its Stateline Farm Beginnings farmer training program, Paul said, “It was difficult when we first opened the restaurant to find people that would bring us great, great products, fresh eggs.  It is not as difficult as it was.” [Applications are being accepted for the next round of Stateline Farm Beginning programs — which serve farmers in northern Illinois and southern Wisconsin — for classes that begin Oct. 7, with an Early Bird rate in effect until Sept. 1.]

Like most Good Food chefs, Paul also finds time to give back to the community. For instance, just two days before the Angelic Organics honor, he was at the Montessori School of Englewood working with children as part of the Chefs in the Garden series produced by Gardeneers  — a nonprofit that builds and maintains gardens at 20 schools, most of them in underserved communities on the city’s South and West sides.

In these video clips, Paul teaches his eager “sous chefs” how to make pesto from basil harvested in the school garden and sauteed summer squash.

The following are photos from the Gardeneers event and the Angelic Organics dinner. All photos and videos by Bob Benenson/©FamilyFarmed. 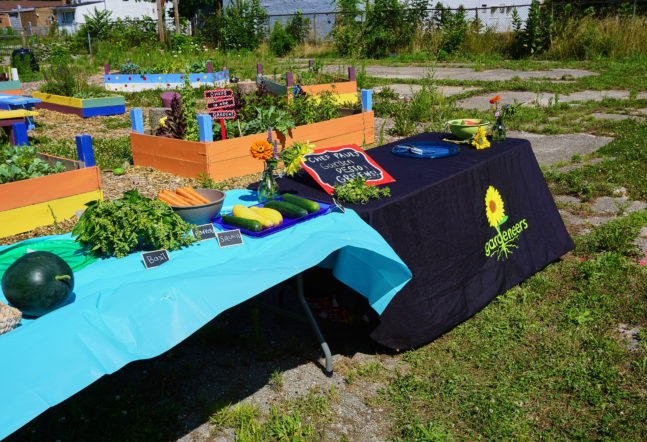 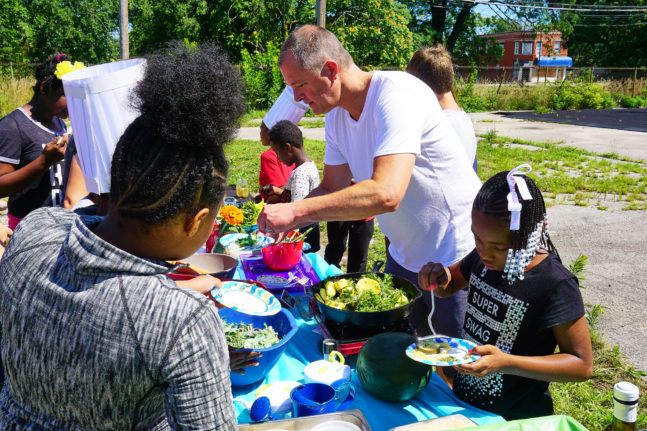 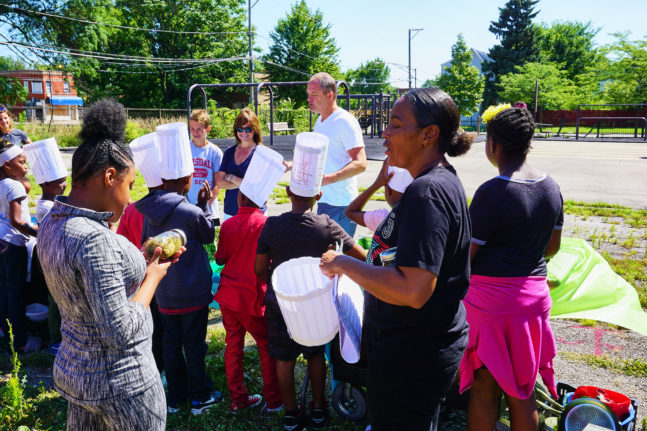 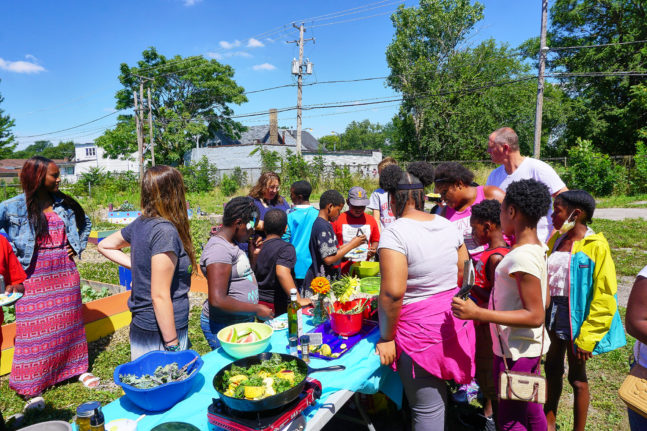 Paul Virant made pesto lovers out of most of the children who participated and assisted in the Gardeneers’ Chef in the Garden demo at the Montessori School of Englewood. 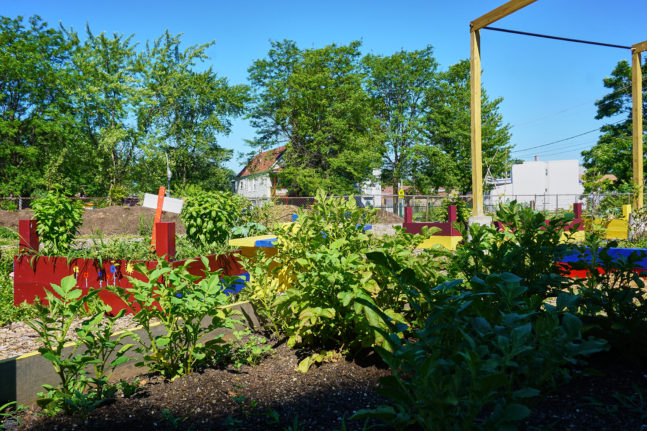 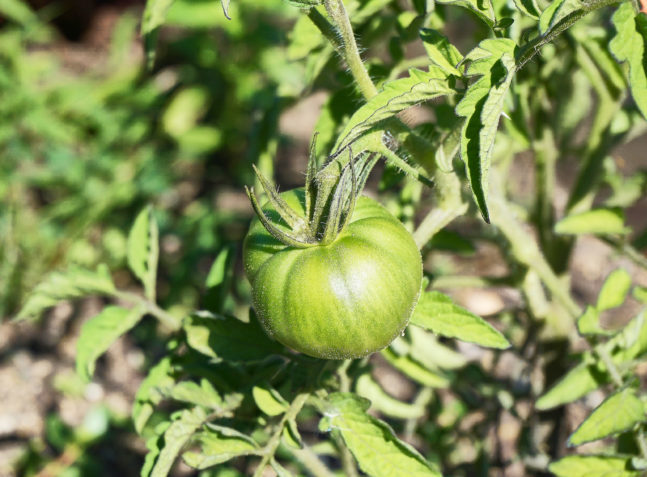 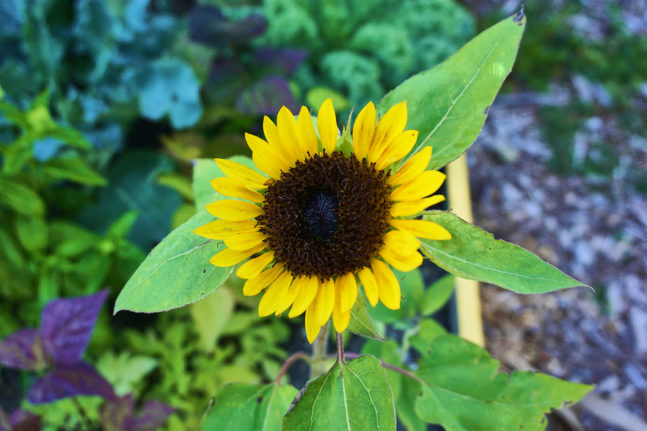 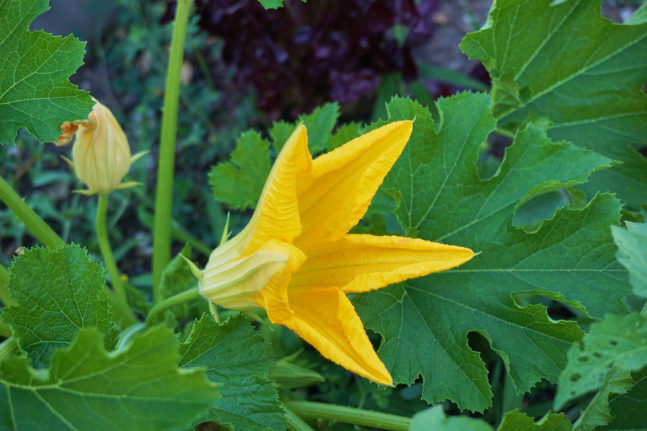 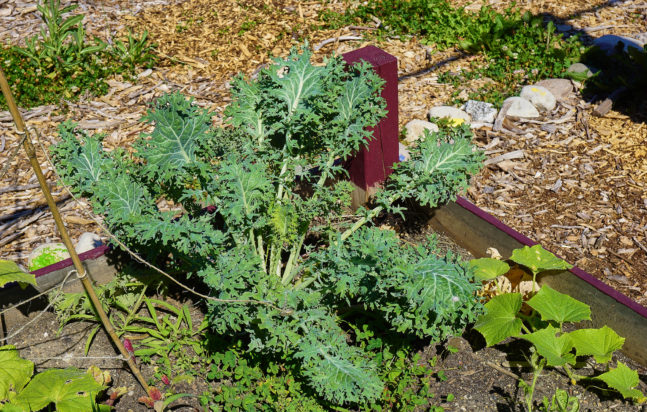 The box garden at the Montessori School of Englewood, maintained by the Gardeneers nonprofit organization, is flourishing during the mild summer of 2017. 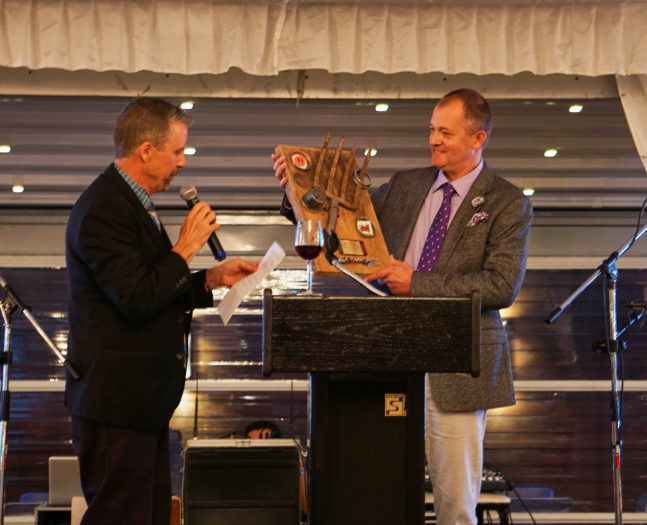 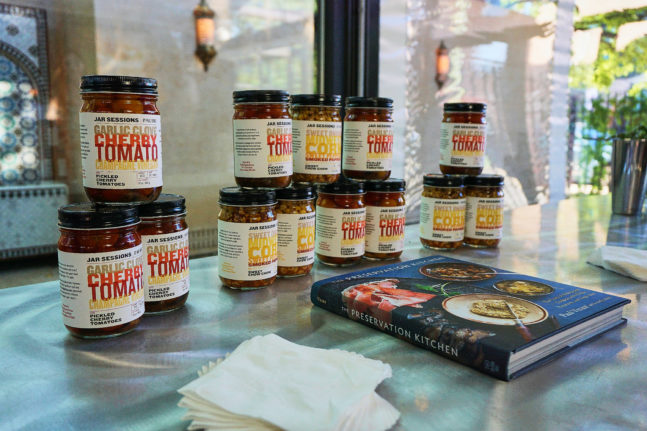 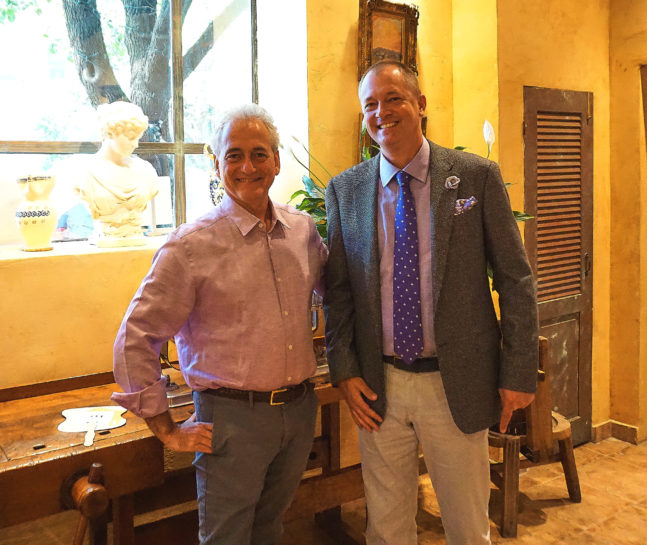 1 thought on “Paul Virant: A Good Food Chef Who Keeps On Giving”