There is hardly a bigger Good Food movement success story than that of Whole Foods Market. From a single store in Austin, Texas, that opened in 1980, Whole Foods blossomed not only into the nation’s biggest natural products supermarket chain, but a major force in the grocery industry, and is now its most valuable chain.

Along the way, Whole Foods has helped introduce millions of Americans to concepts such as organic, non-GMO, sustainable seafood, and grass-fed beef and dairy products, boosting the expansion of the movement itself.

So Michael Bashaw — president of Whole Foods Market’s 48-store-and-growing Midwest region — had a very attentive audience when he spoke on Feb. 2 to entrepreneurs, financiers, and others associated with FamilyFarmed‘s Good Food Business Accelerator program at 1871, Chicago’s center for entrepreneurship and innovation.

Whole Foods is a key partner in FamilyFarmed’s Accelerator program, which provides mentorship, technical assistance, and networking opportunities to a selected group of nine Fellows, each of whom run food or farm businesses in the Good Food sector. The grocery chain, a longtime supporter of FamilyFarmed’s efforts to expand the market for Good Food, will again be a sponsor of the organization’s annual Good Food Festival & Conference, scheduled for March 19-21 at Chicago’s UIC Forum. 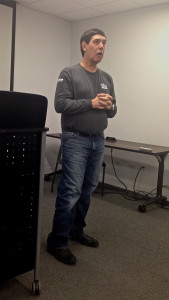 Bashaw was talking to budding Good Food entrepreneurs who are hungry for financial success, and implored them to focus on building business skills. “We’re a feel-good business, but we think of ourselves as a very good business. Good, smart business people, analytical business people,” Bashaw said.

But the theme of his talk and q-and-a session was not about the nuts and bolts of business planning, but rather about the employer-employee relationships that he portrayed as the secret to Whole Foods’ success: a corporate culture that both encourages and requires responsibility among senior leadership, store managers, and team members; a relatively non-hierarchical approach to leadership and management; and an openness to new ideas bubbling up from within the ranks.

“What, in any company, what is your greatest resource? It’s your people,” Bashaw said. “And to the extent that they feel empowered to do their best, that is so, so wonderful for any company.”

Bashaw said that open communication with employees fosters the trust needed to get them to buy in. Calling Whole Foods’ internal structure an “information sieve,” he said management shares with staff the company’s sales information, pricing, strategies, “just about everything about the company.”

“If you’re running one of the stores, you have just learned everything about running your own company,” he said. “You know what the rent is, what percentage labor is, what the utilities cost, how to get the plumbing repaired.”

Bashaw continued, “How can you trust your leadership if they’re hiding things from you… How do you get people to follow your vision, the goal that you set? If they have that built-in trust, it’s so much easier to get them along for that ride than to try to build that from scratch.”

Bashaw said he has no interest in micromanaging and what he called “the illusion of control,” stating, “I think about what my life would be like if I really wanted to control everything.”

“I certainly do not want staff to call me every night when they have to make a decision about something,” he continued. “My life would be hell. No, I’m delegating, I’m letting it go. I’m making somebody else responsible. What we’re doing throughout the entire company is trying to delegate, delegate, delegate down. Give the person who is in the best position the authority to make the decision.”

Despite its enormous popularity and its role in promoting a healthier and more sustainable food system, Whole Foods Market has hardly been immune to criticisms, some of them barbed, about matters such as its upscale image and aversion to union organizing. It is also facing mounting competition from mainstream retailers targeting the lucrative natural and organic products sector that Whole Foods has elevated to mainstream status.

On a macro level, the campaign succeeded in propping up Whole Foods’ stock price. In addition, Bashaw asserted that the campaign affirmed the companies’ leadership in bringing authentic products to people and families.

“Part of the campaign came from a feeling that we knew who we are, and the media didn’t always portray us the way we thought we were,” Bashaw told the Accelerator program gathering.

Bashaw addressed the pricing issue that often comes up for the chain, which has long had to deal with the label of “Whole Paycheck.”  He said, “The highest quality food is almost never at the lowest price. For the customer who is only concerned about price, we’re probably never going to really appeal to that person. We think we’re about values and values. We have values about how food is grown, we have values about how farmers are compensated for work they do, or the environment they work in.”

He also discussed Whole Foods’ recent and ongoing efforts to move out of its comfort zone in affluent neighborhoods and open stores in more economically disadvantaged locations, such as downtown Detroit and the Englewood community on Chicago’s South Side. Bashaw worked directly with Whole Foods co-CEO Walter Robb to develop both these stores.

“Detroit literally was an act of faith, looking toward the company’s mission to nourish communities,” Bashaw said. “For a while the company’s been dealing with an internal conundrum. We say that we aim to bring healthy foods to the world, but if you look at where our stores are, is that really true? Are we getting to every place that we could? Detroit was literally a test to see if we in fact could change that model, so that it would work in a place like Detroit.”

The result, he said, has been a booming success. According to Bashaw,  “I think we hit our 10-year sales projection after 14 months.” The problem with Detroit at the moment, he added, “is that the store is too small.”

The Englewood location is on track to open in 2016. Whole Foods’ regional leadership is working actively with FamilyFarmed through its Accelerator, as well as with other local leaders, to vastly increase the number of Chicago-made products that will be sold at the store and throughout the region, helping to build the type of local food cluster vital to the continued growth of the Good Food movement.

Bashaw is a co-chairman of FamilyFarmed’s Good Food Financing & Innovation Conference on March 19 — the kickoff for the three-day Good Food Festival & Conference — along with Marc Schulman, president of Chicago-based Eli’s Cheesecake, and Jennifer Worstell, a member of the FamilyFarmed Board of Directors.

Food and farm businesses that have participated in the conference during the past three years now have raised more than $10.5 million from debt and equity investors. This year’s event includes more than 20 food and farm businesses that will be seeking capital. It also includes speakers such as chef Rick Bayless of the Frontera Mexican food empire; Cook County (Chicago) Board President Toni Preckwinkle; CEOs from Lifeway Kefir, Argo Tea, and Koval Distillery; plus leaders from the U.S. Department of Agriculture, 1871, the U.S. Small Business Administration; and more. 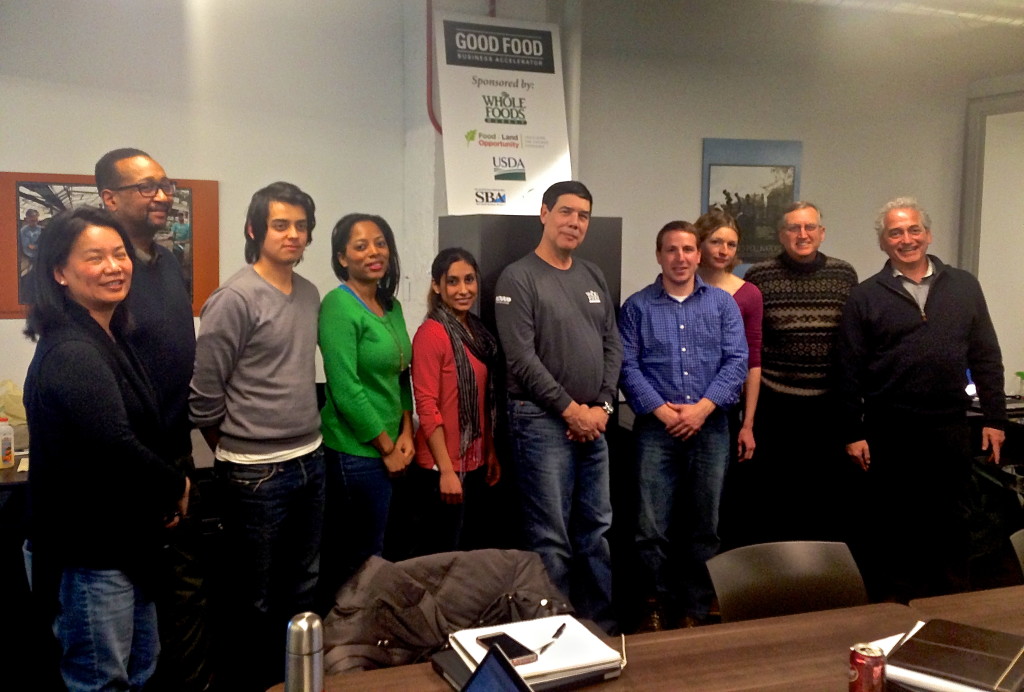 “Whole Foods Market has been a partner for all 11 years of our Good Food Trade Show, and together with the broader community, we have made this the go-to trade and consumer event for sustainable and local food in the region,” said Jim Slama, president of FamilyFarmed. “With the Good Food Business Accelerator now at 1871, the spirit of entrepreneurship and innovation is reflected broadly throughout the region. We are grateful for Whole Foods’ support in making this happen.”