This article, about The Urban Canopy city farming and services company in Chicago, is part of a series of profiles of small businesses participating in the first class of Fellows in FamilyFarmed’s Good Food Business Accelerator program. The Accelerator’s Demo Day @ 1871 on the evening of Monday, April 27 will provide an opportunity to hear presentations by the creative entrepreneurs behind the nine companies and mingle with them at a reception following the program. To learn more and register for the event, click here, and please check out the links to other Good Food on Every Table stories about the Good Food Business Accelerator.

You would be hard-pressed to find a business that is more local, more community-based, and more dedicated to revitalizing economically challenged neighborhoods than Chicago’s The Urban Canopy. 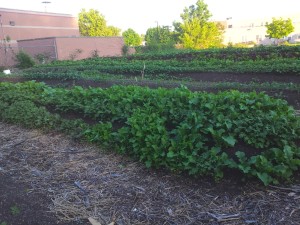 Urban Canopy, which started out as a rooftop growing operation, now has in-ground outdoor farms on Chicago’s South Side

Launched by Alex Poltorak five years ago, Urban Canopy has started rooftop, indoor, and in-ground farms in underserved communities on Chicago’s South Side, built a Community Supported Agriculture (CSA) program to help other urban farmers sell their products, and created a Compost Club to recycle food waste, among other services.

Yet like many of the millenials who are providing much of the energy behind the growth of the Good Food movement, neither Poltorak, who is Urban Canopy’s CEO, nor Alberto Rincón, the company’s chief innovation officer, entered the workforce with the intention of being part of urban agriculture’s cutting edge.

Both, in fact, studied engineering in college and began their careers in corporate America: Poltorak as a computer engineer for companies as large as Micron Technologies, Rincón as a mechanical engineer with General Motors. 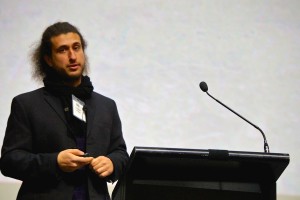 Poltorak began his journey toward starting Urban Canopy while he was pursuing an MBA degree, then became an Education Pioneer Fellow with Chicago Public Schools. “We often discussed how nutrition, or lack thereof, was affecting children’s ability to concentrate on and succeed in school,” Poltorak said. “This prompted the thinking that resulted in my work in the urban farming space and ultimately in founding the Urban Canopy venture.”

Rincón began his shift toward city farming when he became acquainted with The Plant, an innovative project that combines growing facilities (indoor, rooftop, and outdoor), aquaponics, and food business incubation at a former meat processing factory in the Back of the Yards neighborhood, so named because of its proximity to Chicago’s now long-defunct stockyards.

“My entry into the food space was prompted by a side project involving the design of a living wall as a volunteer engineer for The Plant Chicago,” Rincón said. “The goal here was to create a food-growing system that would maximize the use of vacant, indoor space as a means of addressing environmental and social issues in our food system.”

Having placed the core functions of Urban Canopy on a sound footing, Poltorak and Rincón are seeking to scale the business up, which led to their participation in the first group of nine Fellows in FamilyFarmed’s Good Food Business Accelerator (GFBA) program that was launched last fall.

They and the other entrepreneurs in the Accelerator program will be presenting their stories at Demo Day @ 1871 on Monday, April 27, beginning at 6 p.m. The event takes place at 1871, the center for innovation and technology, located in Chicago’s famous Merchandise Mart. To learn more and reserve a seat at the event, click here.

Serving Nature and People in the City

The idea of building a financially viable business around food grown in urban lots was still rather new and experimental when Poltorak started Urban Canopy in 2010. 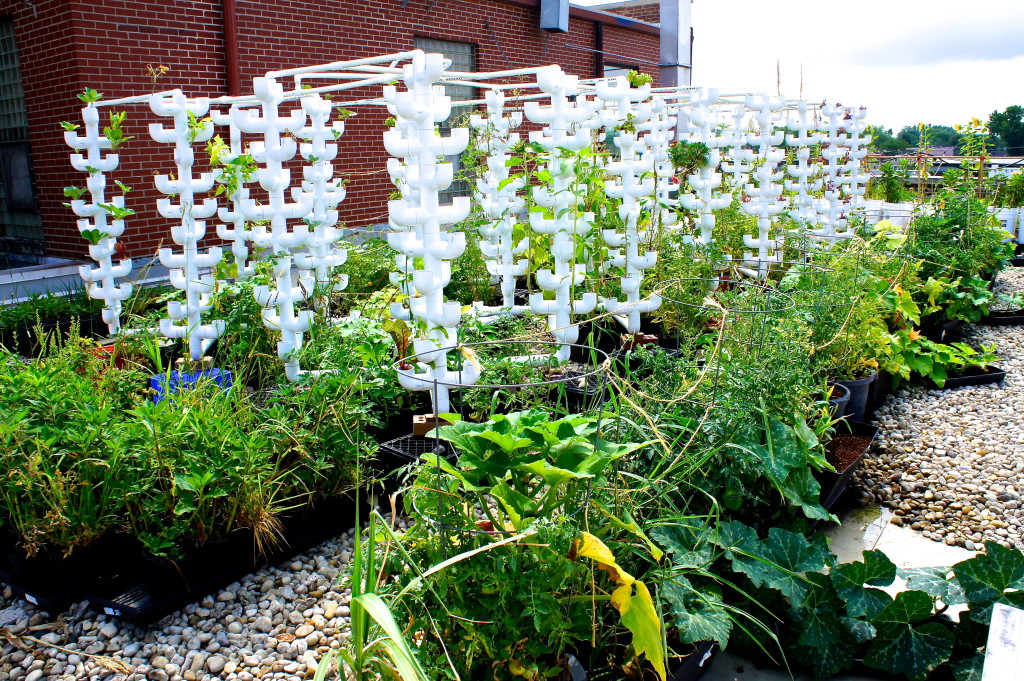 Located at The Plant, an innovative urban farming and business incubator on Chicago’s South Side, this rooftop farm (as seen in July 2012) was Urban Canopy’s first installation. Photo credit: Bob Benenson

Yet the increasing demand among consumers for locally produced food and rising concerns about the ecological impact of the conventional agriculture system created the basis for the company’s business model.

“The average distance food travels from farm to Chicago store is upwards of 1000+ miles,” Rincón explained. “With continuing dependence on fossil fuel and rising transportation costs, it seemed reasonable that urban growing would soon become economically competitive. It also made sense that reducing storage time and cost would make for fresher product.” 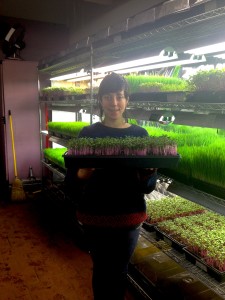 Along with its rooftop and outdoor growing, Urban Canopy produces wheatgrass and microgreens indoors on lighted racks.

He continued, “Soon after, the challenge became finding a revenue stream that could sustain the business year-round. This is where indoor farm production became valuable. Within a few months, we found a market niche that would help grow the business.”

Rincón said the novelty of the concept made it difficult to find experts for advice on successful urban growing (those engineering backgrounds help Poltorak and Rincón improvise in this area). Legal and financial counsel with experience in this new sector also was lacking.

But change has come quickly, Rincón notes: “Now as numerous urban and local farming projects begin surfacing in and around the city, a competitive landscape begins to form. This in turn has made developing and maintaining relationships with fellow farmers a key cooperative aspect of our business.”

When I first visited Urban Canopy in 2012, its operations were almost completely focused on the small rooftop farm at The Plant. It has since branched out in multiple directions, including in-ground farms in Englewood, a neighborhood that has struggled for decades with economic decline; the CSA; and the composting operation.

“The multiple branches that the Urban Canopy comprises are part of what has sustained it financially throughout the years, and so we do foresee they’ll each continue to grow,” Rincón said. “As we continue hiring, expansion of each branch will also become easier to manage.”

He added, “We have, however, found that certain branches have greater immediate potential and thus hope to capitalize on this to help the overall growth of our company.” 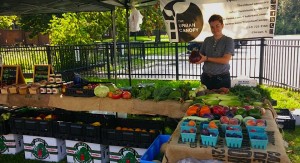 Along with its growing and composting activities, Urban Canopy sells food that it produces at Chicago-area farmers markets

Obtaining expert tutelage and interacting with other entrepreneurs were major reasons why Urban Canopy sought its Fellowship in the Good Food Business Accelerator.

“Being part of the GFBA has really motivated us to commit the time and resources to address gaps in our business,” Rincón said. “The education and mentoring aspects of our participation have been invaluable, and the experienced industry leaders we’ve met have been very helpful and generous with their time. We’ve also benefited much from talking to and learning from our fellow Fellows and their respective Good Food business experience.”

The Urban Canopy team warmed up for the Demo Day event by participating in FamilyFarmed’s Good Food Festival & Conference March 19-21 in Chicago. Poltorak pitched the company’s business plan during the Financing & Innovation Conference that kicked off the three-day event.

Said Rincón, “Several of our crew members had the chance to attend and all gave positive reviews. General consensus was that it was great being around other people working on similar issues within the Good Food space. It was very inspiring to see that the movement is growing and that new businesses with creative products or services continue to pop up. The classes and talks were very helpful.”

And he concluded, “The food was good too.”