FamilyFarmed has partnered with Chef Rick Bayless‘ Frontera Farmer Foundation to produce the Frontera 30th Anniversary Celebration, a joint fundraiser that will be held on Sunday, April 30 at The Art Institute of Chicago.

The event will celebrate the 30th anniversary of Rick’s landmark Frontera Grill, and highlight his career-long efforts to help Midwestern small farmers by purchasing their products and by providing $2 million in grants through the Foundation.

The April 30 event will feature a keynote address by Rick, a panel discussion titled The Good Food Forum: A Bold Vision for the Future of Food… and an astounding lineup of top chefs who will turn the Art Institute’s Modern Wing into an All-Star Culinary Food Court.

Good Food on Every Table is running a series of profiles of the participating chefs, and here we feature some of the tributes to Rick Bayless that these chefs made. Their comments focus on Rick’s contributions to the rise of the Good Food movement and to elevating Chicago to the status of an international culinary capital. Each of the excerpts below is followed by a link to the full profile of the quoted chef.

Tickets for the Celebration can be purchased at the Frontera 30 website by clicking here.

And even if you cannot attend the event, you can participate in our open online silent auction! The amazing prizes include a food tour of Mexico with Rick Bayless and Frontera restaurant staff, and dinner cooked at your home by Rick and his staff for a party of 30. 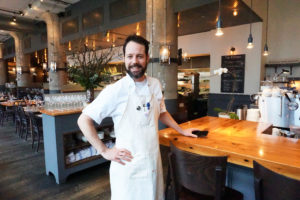 I’ve known Rick for a long time. One story is I was reading an article he was in and it talked about picking up Julia Child’s The Art of French Cooking, one of the first books that he picked up. I’d always had that book and revisited it off my grandfather’s shelf based on that article and kind of used it as a platform for my career…

I was always cooking for [Rick] at Avec, and then when I first moved here, my brother was always asking me about Rick, he had just bought his cookbook and he was getting his doctorate at the University of Chicago. And I said, “Yeah, Rick’s great, you should definitely be cooking out of that book.” He’s really been one of those constants in the Chicago food scene.

Chef Johnny Anderes Is At Home In The Kitchen 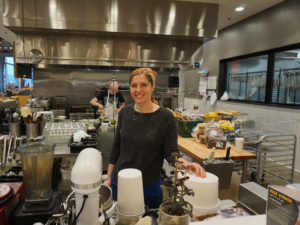 I think the greatest goal that I would have for my life is to do something that ripples out and affects not only the lives immediately around you, but the lives of people that you never met. This happened long before I met Rick Bayless, and so he touched my farm in this way, that he never intended to, and I never intended to have that connection to him. That speaks volumes to the impact of a single life and a single mind, and a leader to put lots of other minds and works together. I think it is changing how people view food.

Chicago’s Abra Berens Knows Both Ends of Farm to Table 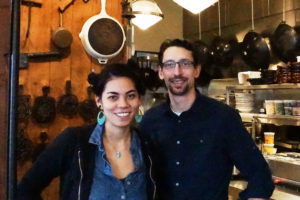 He caught wind of what we were doing through whomever or through the world of food we live in in Chicago, and there was this article where he said, “We have so many great restaurants in Chicago, there’s this place called Fat Rice that’s doing these really cool kind of cuisine.”… Eventually one day they did their annual company party and asked if they could do a buyout of the restaurant, and they came and we gave them the full experience, and it was totally an honor for us to have him and the whole Frontera crew here…

I remember him saying a couple of years back at a [James Beard Foundation] event, we’re talking about the expansion and he said, “That’s what you need to do, you need that extra 20 seats so you can feel comfortable, you can make it a business.” That’s what we did and now we’re feeling a little more comfortable, and we can see some sustainability behind it.

We’re really just honored that he has included us to cook with us for his anniversary. We obviously believe in supporting his mission, supporting local farmers.

[Abe Conlon will participate in the Frontera 30 event with Adrienne Lo, co-founder and co-owner of Fat Rice.]

How Fat Rice Engrained The Food of Macau Into Chicago Dining 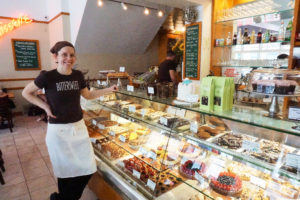 After moving to Chicago, being able to go to his restaurants, the closest thing I knew to a celebrity, and I think the consistent reputation and always getting the James Beard nominations and constantly being on the lists of restaurants that people need to be at, the fact that he continues to run those restaurants the way he does is awe-inspiring. It’s great to be in the same culinary family as him in Chicago. 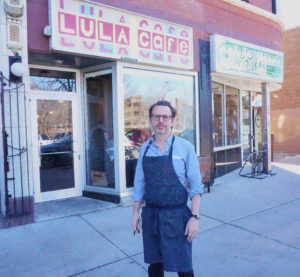 Rick is absolutely a mentor and a friend. He’s been a big help at various times in the past and a huge inspiration… Frontera is what I want Lula to be. Not only in its legacy as a great restaurant and a social innovator, it’s made the world a better place, but it’s also a family restaurant, they raised their daughter there, they’re a husband and wife team…

I’m always amazed when I’m there, there’s no better-run restaurant. The sourcing is impeccable, these are all values that are impeccably articulated and thoroughly maintained every time… It’s about the community that Rick and Deann have created. The energy that’s in that space, to me, that’s completely remarkable. I have no other goal but to emulate that success… 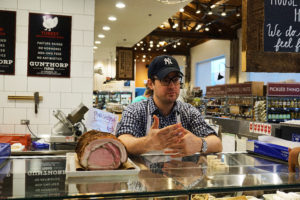 It’s fun to see what guys like Rick did for the farmers around here. Look at Gunthorp Farms now. Greg [Gunthorp] is an amazing guy and he’s super smart and he raises amazing product. Would he be as prolific as he is now without somebody like Rick Bayless, and like Charlie Trotter in the early days and Paul Kahan in the early days? 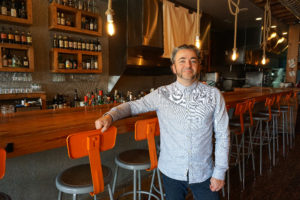 When we [at Charlie Trotter’s] started working with Greg Gunthorp, we were really close with Rick, then he started using that pork, and Greg now produces all the pork for all of his properties and his line of food and his airport expansion. It’s great how that all materialized.

Matthias Merges and Good Food, From Trotter’s To Solo Stardom

Chef Matthias Merges’ Success Built on Base of Social Conscience 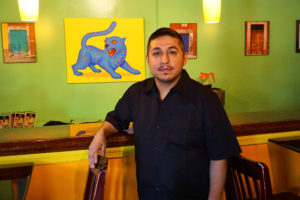 [Anselmo learned about Rick Bayless not long after his family emigrated to Chicago from Mexico] One night I was watching television when I saw this famous chef, the best chef of the U.S., cooking Mexican food. It was Rick Bayless. I thought I’d like to work for him. It was hard to get in. If I have start as a dishwasher, this is how I’m going to do it….

So I learned, it was my culinary school. I learned a lot of great things there. We were one of the first restaurants that started to work with farm to table. When we started working with the fresh vegetables, and you can smell, like, earth, you can taste freshness. The food was completely different when we started using on the farm vegetables… 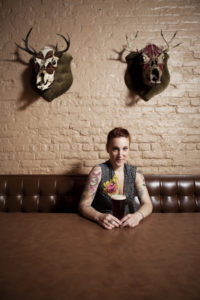 We used to go to the farmers market every Saturday at Lincoln Park, when that was the only farmers market and it was us and Rick Bayless. Nobody else, we were the only chefs…

I’ve always known that Rick has been completely dedicated to this whole movement. I’ve know him basically my whole career. But to really see the impact that he’s made is heartwarming…

[About how she has long baked cakes for Bayless family occasions] I have, forever. I don’t remember, he just called me years and years and years and years ago, they called me and asked me to do a cake, and I’ve been doing them ever since. I did [daughter] Lanie’s wedding cake. It’s a huge honor. When I did a wedding cake tasting for them, I told them about the philosophy behind the cake I wanted to do for Lanie and Deann [Rick’s wife and business partner] is sitting there crying. It’s really beautiful. I’m honored. I take the role very seriously.