FamilyFarmed is located in downtown Chicago near one of the boarding docks for the Chicago Water Taxi, which traverses the Chicago River and its branches. We’d been talking for a while about taking a cruise down to lunch in Chinatown — about three miles south — and finally set a date for last Friday (June 23). 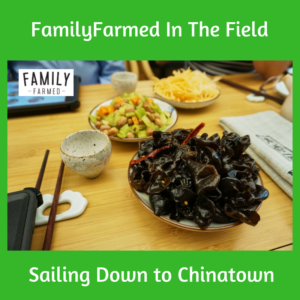 What would have been a fun day out in any case became a special occasion when the FamilyFarmed team was joined by Jenny Yang of Chicago’s Phoenix Bean Tofu. Jenny is a graduate of the first cohort of Fellows (2014-15) in FamilyFarmed’s Good Food Accelerator, and her business is booming: Her exceptional tofu products are available at many area restaurants and on the shelves of major retail chains such as Whole Foods Market and Mariano’s, and she last year obtained an SBA-backed $1.5 million loan to expand her production five-fold.

Jenny suggested Qing Xiang Yuan Dumpling House as our destination, and we wisely left it to our expert friend to do the ordering. The result was a table bustling with delicious appetizers, skewers, a very spicy seafood broth, and the house specialty: delicate dumplings in a variety of flavors. [To read more about Jenny Yang’s journey from Taiwanese immigrant to corporate finance to tofu-making success, click here.]

Please enjoy the following photo essay of our grand day out in Chinatown, with a bonus travelogue of some of Chicago’s architectural gems best seen from a boat on the river. 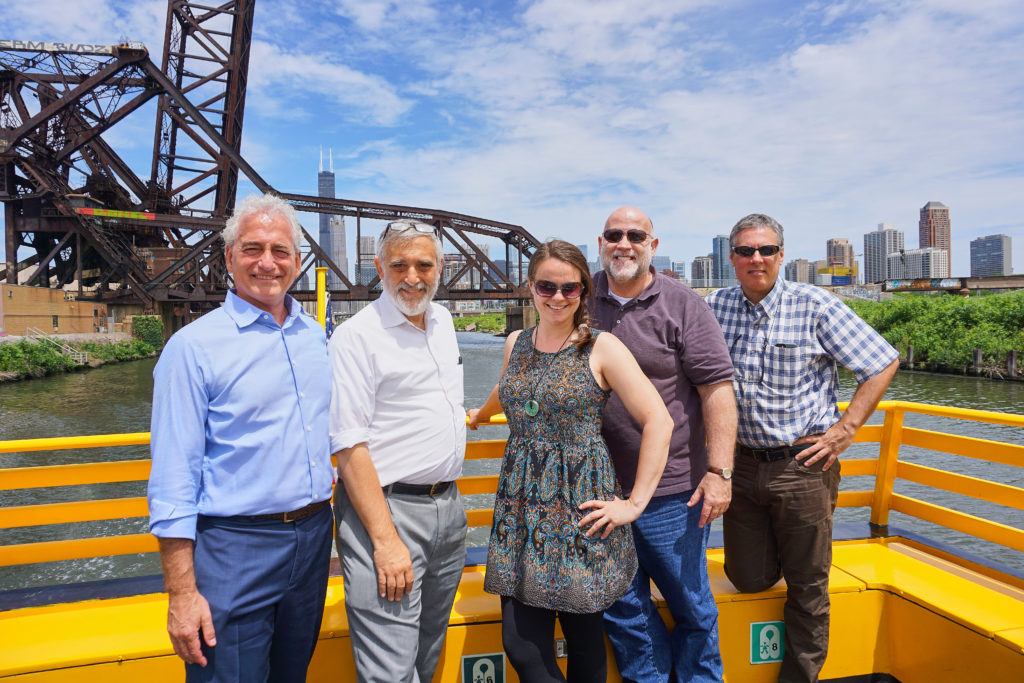 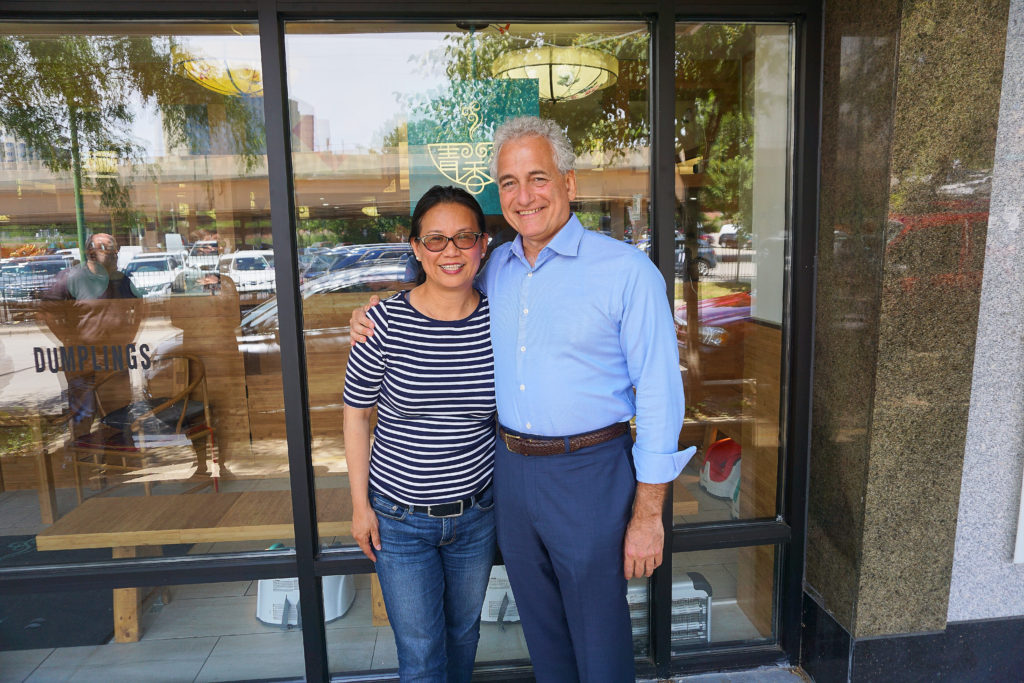 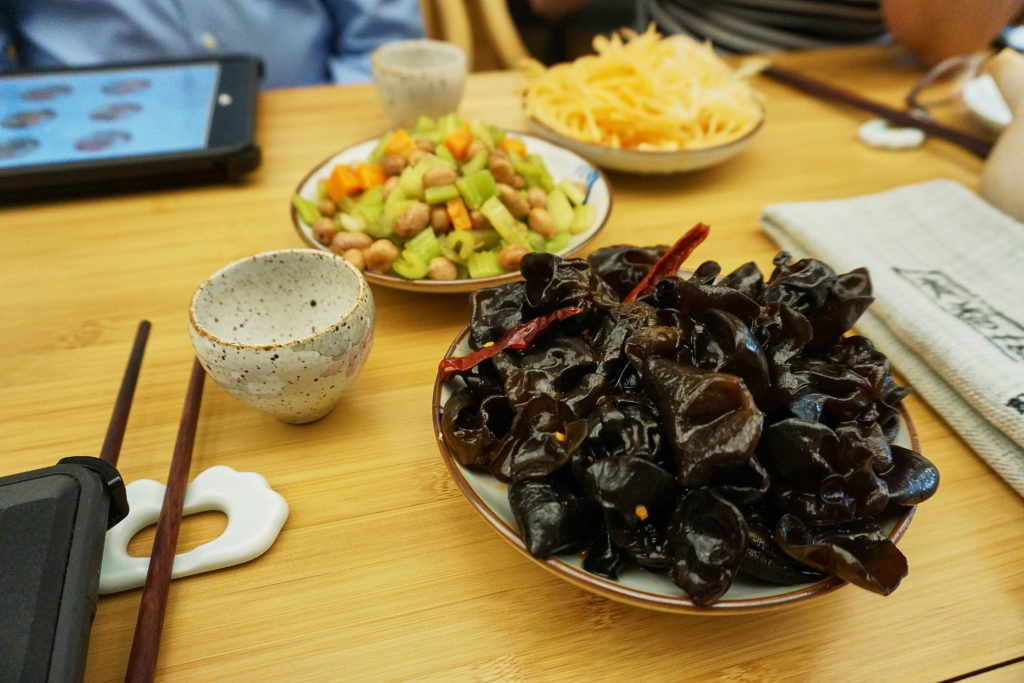 A salad of tree ear mushrooms — most familiar to American diners as a component of hot and sour soup — was served as an appetizer at Qing Xiang Yuan, along with celery and peanuts and a julienned potato salad. Photo: Bob Benenson/FamilyFarmed 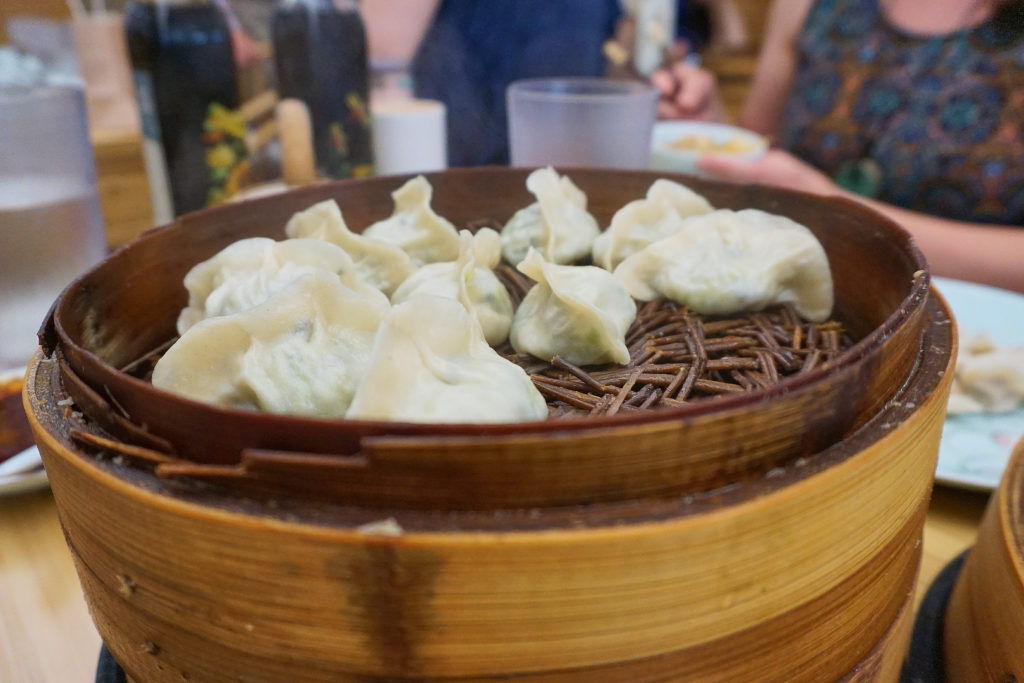 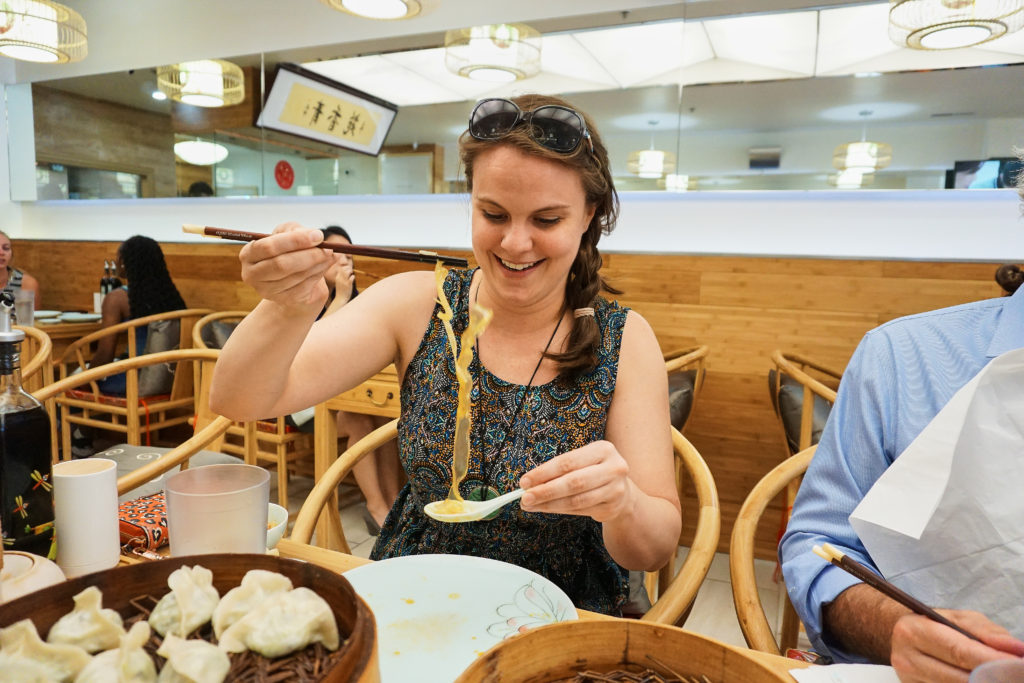 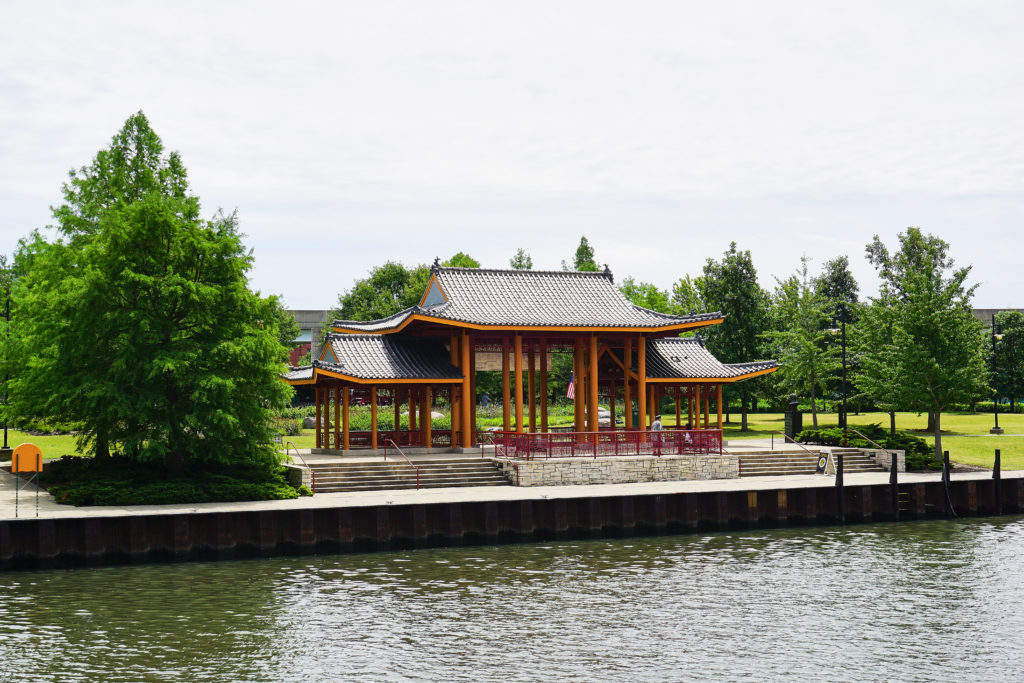 This pagoda is the centerpiece of Ping Tom Park — the gateway to Chicago’s Chinatown — which is named for a longtime community leader. Photo: Bob Benenson/FamilyFarmed 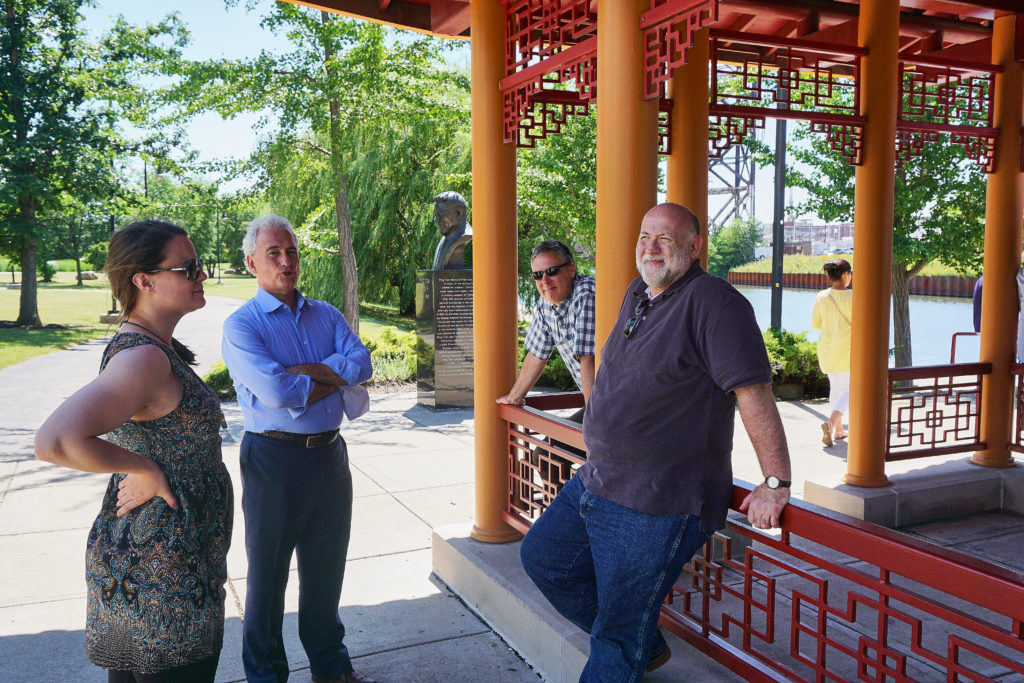 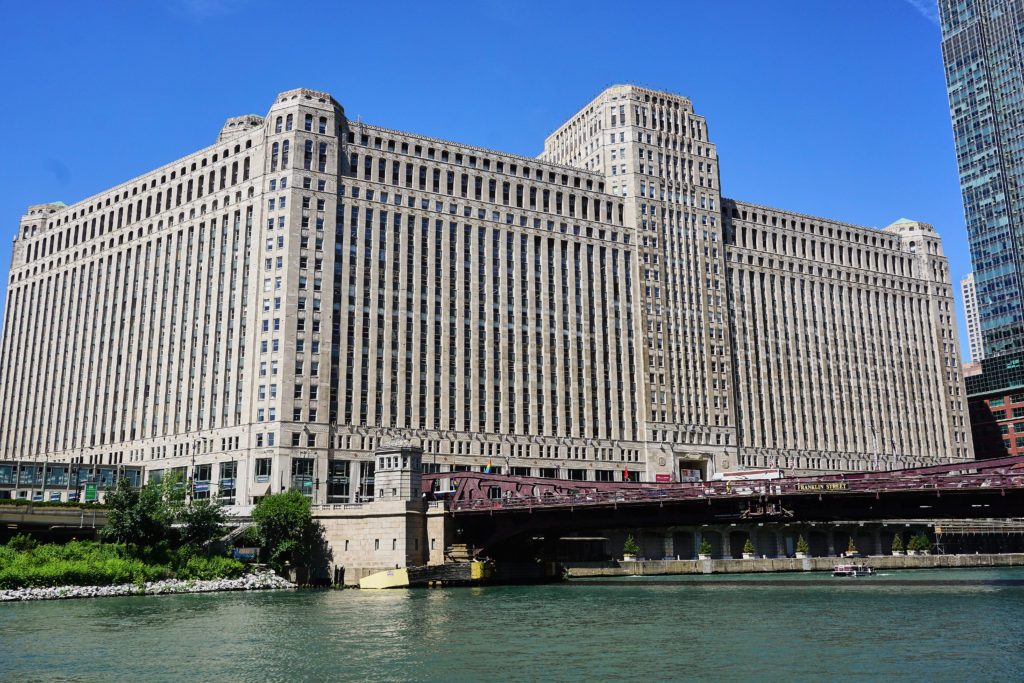 The Merchandise Mart — located in the west part of downtown, near the point where the Chicago River splits into its north and south branches — is home to FamilyFarmed’s Good Food Accelerator program (our headquarters are a couple of blocks north on Hubbard Street). The Mart, with more than 4 million square feet of space, was the world’s biggest office building at the time of its completion in 1930. Photo: Bob Benenson/FamilyFarmed 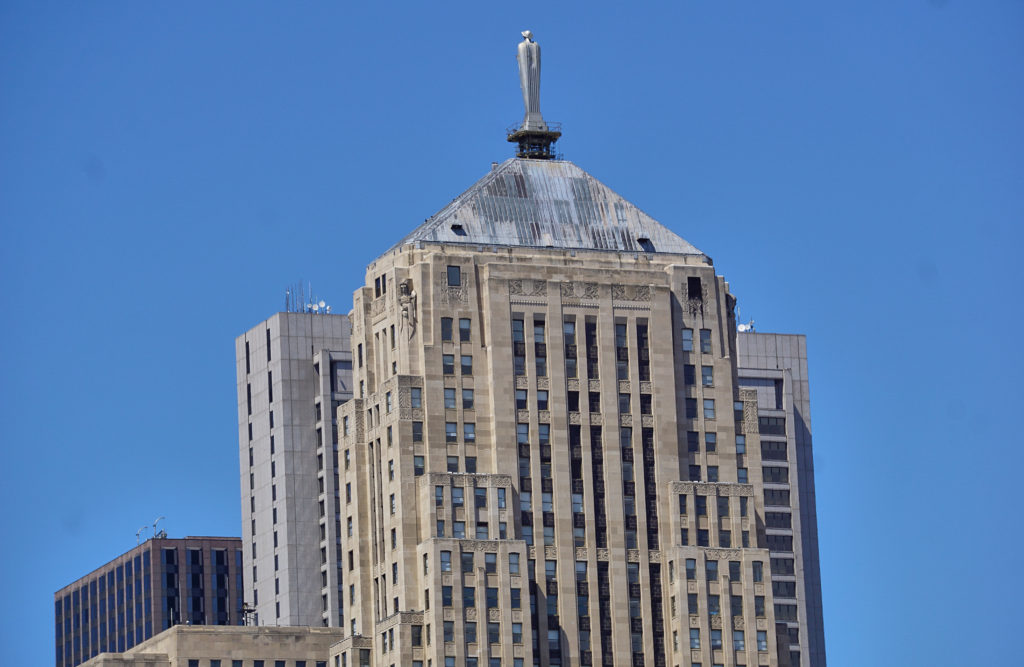 The Chicago Board of Trade building is the longtime hub for futures and options in agricultural commodities. The statue at the top is Ceres, the Roman goddess of agriculture. grain and fertility, from whom the word “cereal” was derived. At 605 feet, the Board of Trade building was Chicago’s tallest from its completion in 1930 until 1965, but is now dwarfed by much taller towers. Photo: Bob Benenson/FamilyFarmed 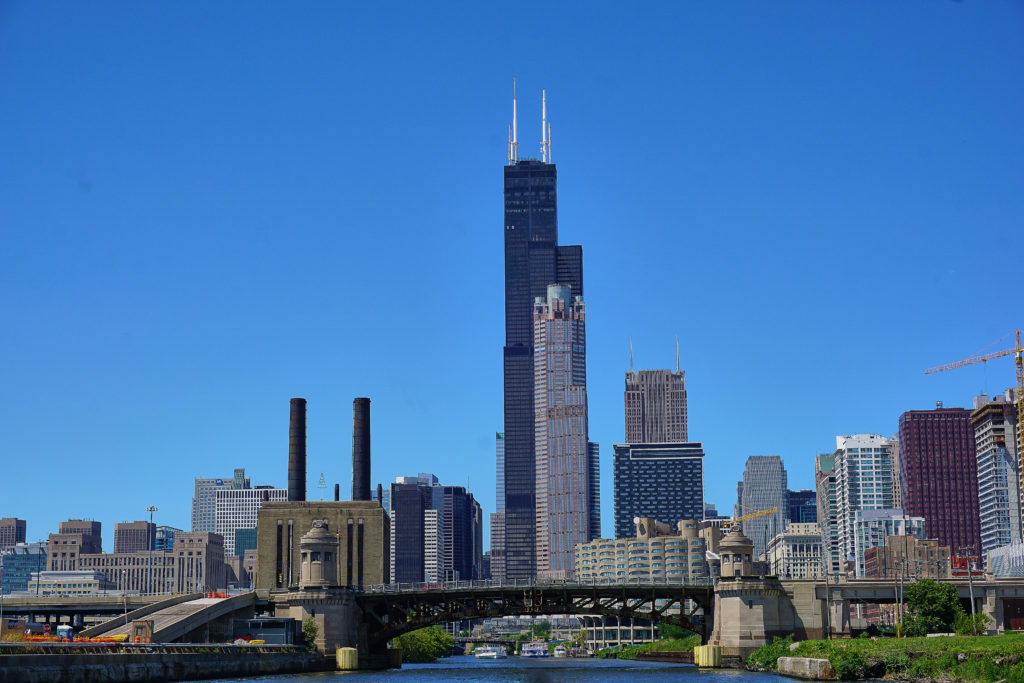 Willis Tower (center) is the tallest building in Chicago and long reigned as the tallest in North America. Known as Sears Tower from its completion in 1973 to 2009, it stands 108 stories and 1,450 feet. Photo: Bob Benenson/FamilyFarmed 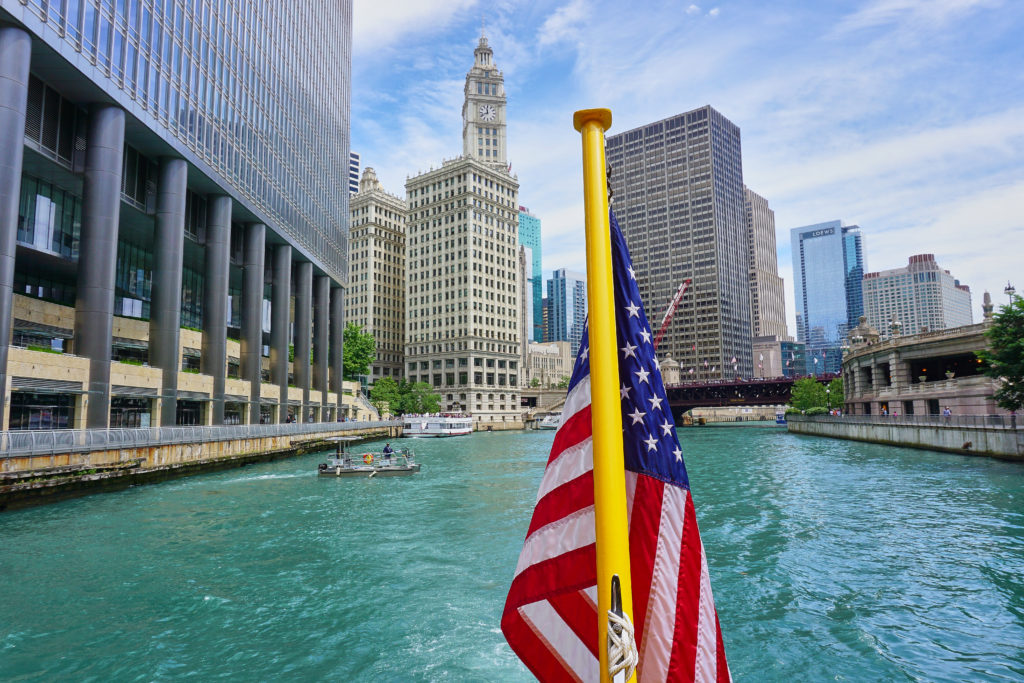 The Chicago River flows through the heart of the city and provides remarkable views of many of its landmarks. One of these is the Wrigley Building (left, with the clock tower), which has anchored the northwest corner of Michigan Avenue and the river since the early 1920s. Photo: Bob Benenson/FamilyFarmed 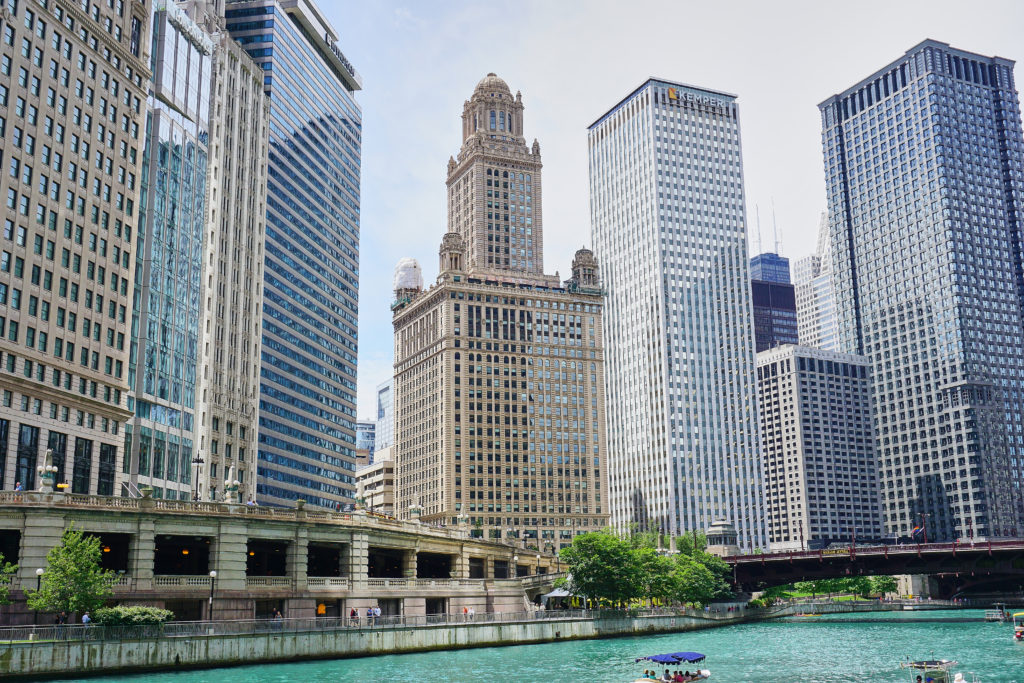 Chicago has long been one of the world’s centers for architecture, and many of its landmark buildings — such as the cupola-topped 35 East Wacker Drive — date to the city’s huge building boom during the 1920s. It was known in its early years as the Jewelers Building, and was equipped with a 23-story car elevator that provided businesses with safe passage with their valuables. Photo: Bob Benenson/FamilyFarmed 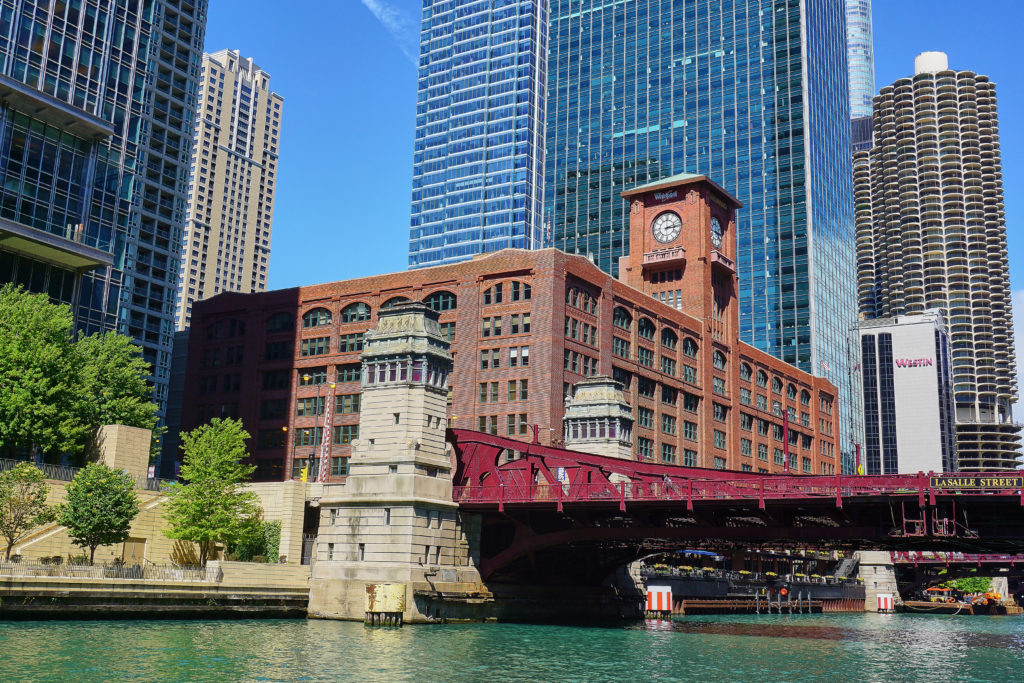 The red-brick building, completed in 1914, is the last reminder of an era when the Chicago River was highly industrialized and lined with wharfs and warehouses instead of office and apartment towers. It was completed in 1914 as a headquarters and warehouse for Reid Murdoch, a leading food distribution company of its day, for which the building is still named. The circular building on the right is part of the famed Marina City apartment complex. Photo: Bob Benenson/FamilyFarmed