Kefir is a probiotic fermented dairy drink, often described as a cousin to yogurt, that originated in Russia in the 19th century. It only recently has developed a growing consumer market in the United States, and the main catalyst for the rising interest in this product is Lifeway Kefir — which in fact has a strong Russian connection.

What became Lifeway Kefir was first produced in the Chicago suburb of Skokie in 1986 by Michael Smolyansky. Just 1o years earlier, Smolyansky, his wife and their young daughter defected from the Soviet Union and became among the first refugees from that country to be settled in the Chicago area. 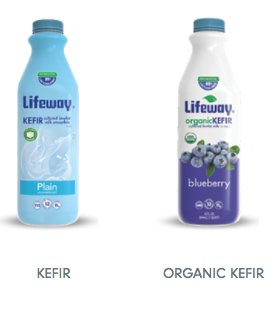 That little girl, Julie Smolyansky, grew up to succeed her father as president and CEO of Lifeway Kefir, with her brother Michael Smolyansky, born in the USA, serving as chief operating officer. The company has an extensive variety of plain and flavored kefir products and well more than $100 million in annual sales.

And it remains family-owned at a time when bigger food companies have bought up a number of Good Food businesses. Julie Smolyansky will participate in a panel on that subject — Big Food’s Embrace of Good Food — at FamilyFarmed‘s Good Food Financing & Innovation Conference on Thursday, March 16.

Although the themes of Julie Smolyansky’s reminiscence below resonate with issues of today — such as immigration, refugees and the U.S. relationship with Russia — it was first published on Lifeway’s blog last August, long before the outcome of the 2016 election, to mark the 40th anniversary of the family’s arrival in the United States.

On August 3, 1976, a hot summer day more than 40 years ago, a young family landed at Chicago’s O’Hare Airport with just $116, a suitcase, and a small soup pot that the young mother used to make kasha and bullion for her infant. The couple, still kids themselves, left the Soviet Union to escape the stifling life of communism, dictatorship, censorship and scarcity. Life behind the wall was lonely, they were completely shut out from the rest of the world.

The young man had read the Constitution of the United States and told his bride he believed life would be better in the U.S. … that they would be free to speak and free to pursue their limitless dreams, and that it would be the best place to raise a family. On the black market he found vinyls with sounds of The Beatles and Led Zeppelin, quietly playing them and dreaming of a different life, while knowing that just by listening to these albums he was at risk for being arrested. 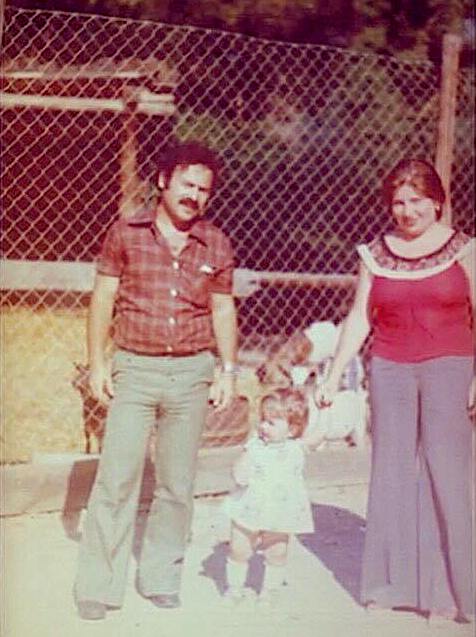 Michael and Lucy Smolyansky flanked toddler daughter Julie in this family photo. Among the first Jewish refugees from the Soviet Union to settle in the Chicago area in 1976, the family would launch Lifeway Kefir in 1986 and popularize the probiotic drink in the United States. Julie Smolyansky would take over as company’s CEO in 2002 following her father’s death.

He was a mechanical engineer and was able to wire an old radio and pick up a particular radio wave, Voice of America, aware that this could land him in jail or dead. But he risked it all, hungry for news and information further confirming what he felt in his heart: escaping the Soviet Union was the only option. He was angry and sick of being followed, watched and dragged into police stations for questioning, the noose around his neck getting tighter.

A few days after his 29th birthday he and his family defected, patiently waiting in Rome for three months while various refugee agencies worked on the paperwork and green cards. His bride discovered Nutella and other foods she had no idea existed, while he walked the streets hustling any belongings he could to survive the waiting time.

They took their fists steps on U.S. soil during the Bicentennial year, and  a representative from the Hebrew Immigrant Aid Society (HIAS) was there to welcome them as one of the first 48 families from the Soviet Union allowed to settle in Chicago. They were offered vouchers for a motel and food, and the volunteer helped them make their way to the neighborhood of Rogers Park on the city’s far North Side.

The first nights were scary. The young mother would not close her eyes, fearful a cockroach would crawl into her baby’s ear. They saw “Hot Dogs” for sale on every corner, and using a dictionary to translate the two words, they became terrified that the land of opportunity eats dogs for food. Perhaps they made a mistake?

Today it’s funny, but I can not imagine how scared and brave they were. They walked into grocery store after grocery store and cried, struck by all the food and all the options there were. The young mother at the age of 26 declared she would open a grocery store for all the Russian families that would be arriving after them. For a year and a half they saved every penny they made from her job washing hair at a salon and every dollar he made on his new job as a draftsman at a local engineering firm. It was a far demotion for him but he didn’t care. He was free. 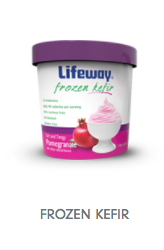 During his spare time he walked the Chicago alleys looking for broken electronics he could fix and sell. The young mother went on to open one store, then two, and eventually five, as well as an international distribution and food importing company, while inspiring the launch of Lifeway Kefir. They went on to deliver another baby, this time a boy born as an American.

This is the story of our beginnings. So here’s to 40 years in America (and Chicago). We hope we’ve made you proud. So much gratitude for our parents and their courage, bravery, ingenuity, resilience, strength and their dreams of a better life. I could not do what they did. I just couldn’t.

We are blessed. If I spent the rest of my life trying to repay this country for all it has given us, it would still not be enough.