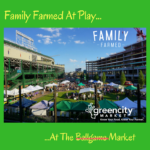 As a longtime friend of Chicago’s Green City Market, we had been waiting with anticipation for its inaugural evening farmers market at famed Wrigley Field on Thursday (June 15).

We are happy to report that the market was everything we expected and more — with the new Park at Wrigley, located right next to the Chicago Cubs’ home field and the team’s new office building, proved a perfect setting on a bright, sunny, hot day.

Here is a photo essay of the big day. We’ll definitely have more to share this season. 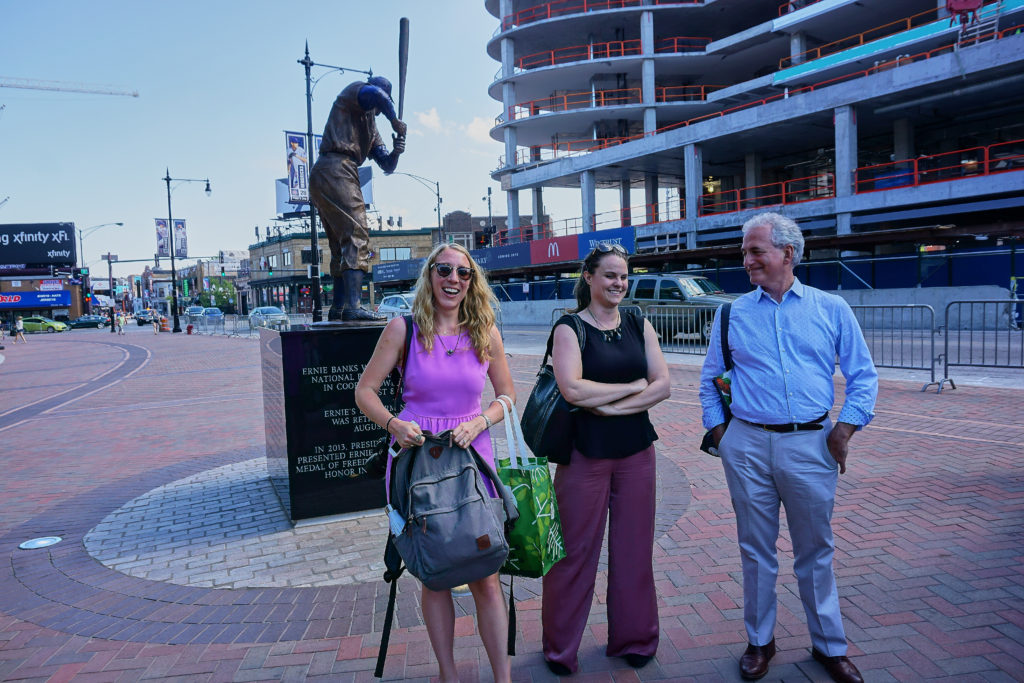 FamilyFarmed’s Chelsea Callahan, Katie Daniel and Jim Slama waiting to get in the Park at Wrigley, with the statue of Cubs legend Ernie Banks. An all-star lineup! Photo: Bob Benenson/FamilyFarmed 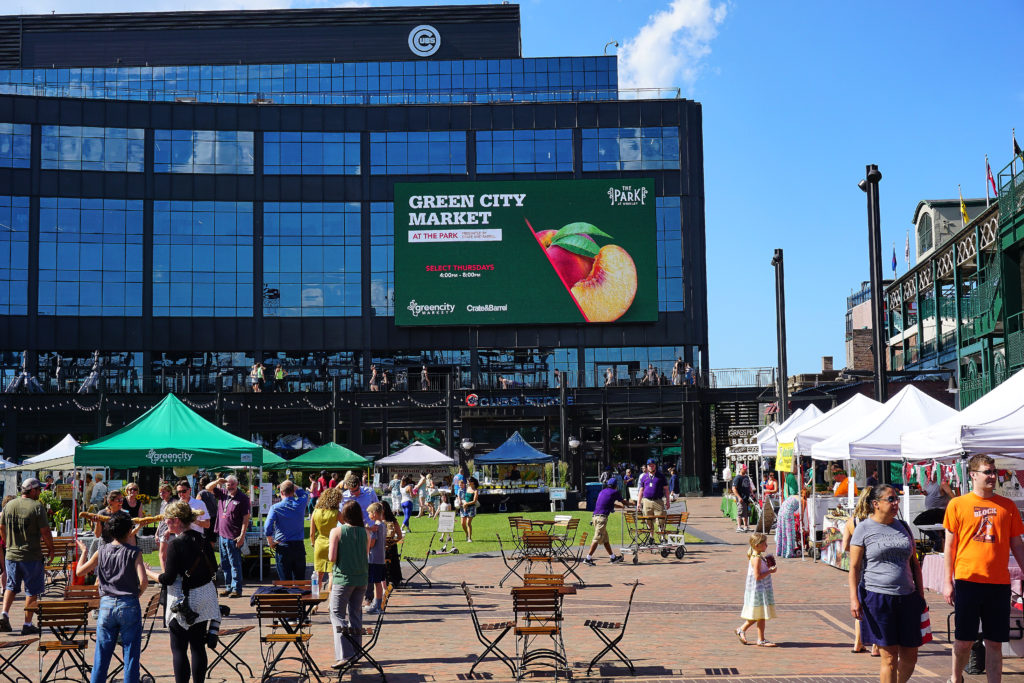 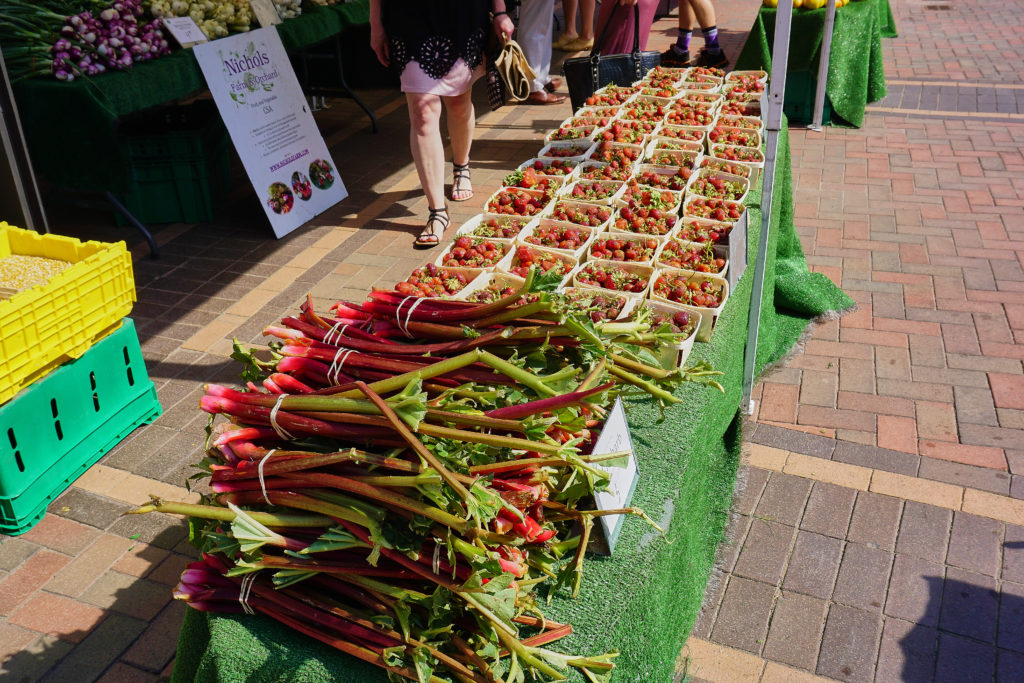 We titled our preview about the Green City Market at Wrigley, “Buy Me Some Rhubarb and Strawberries?” a takeoff on the lyrics to Take Me Out to the Ball Game. Nichols Farm & Orchard came through for us. Photo: Bob Benenson/FamilyFarmed 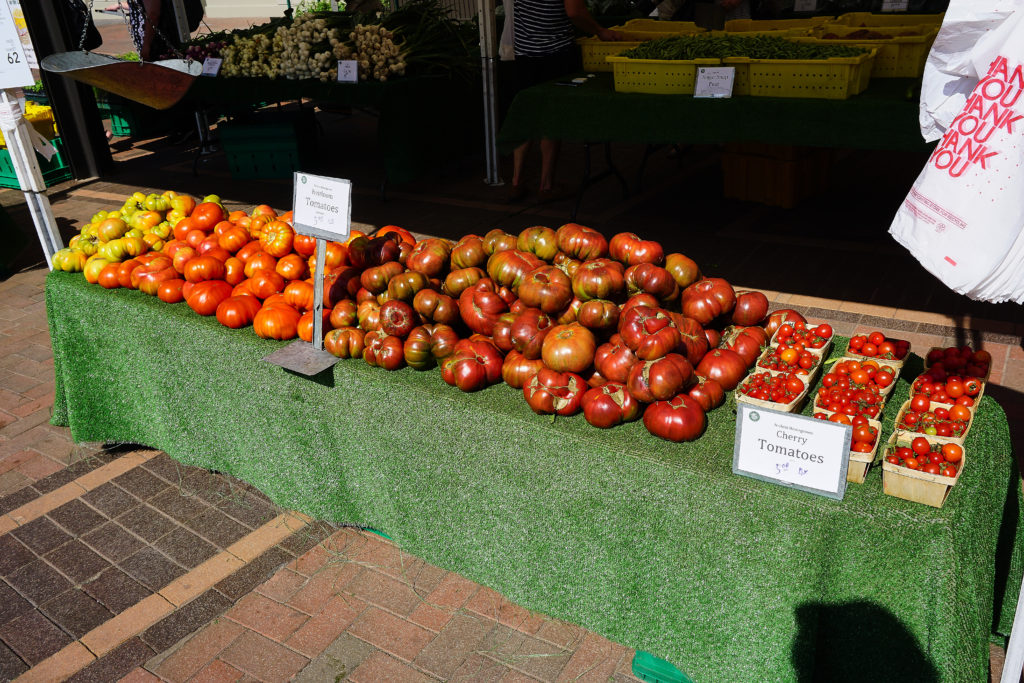 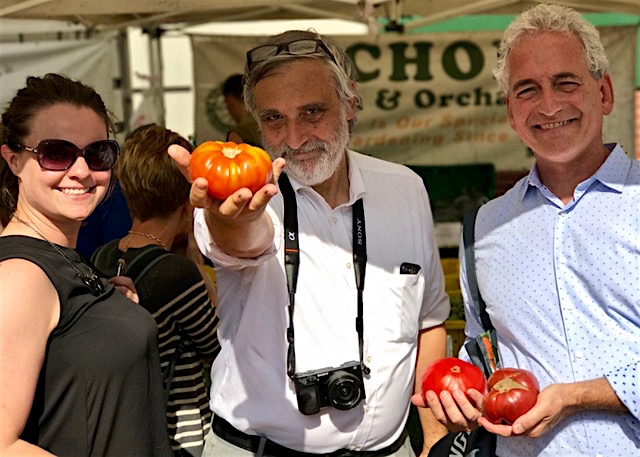 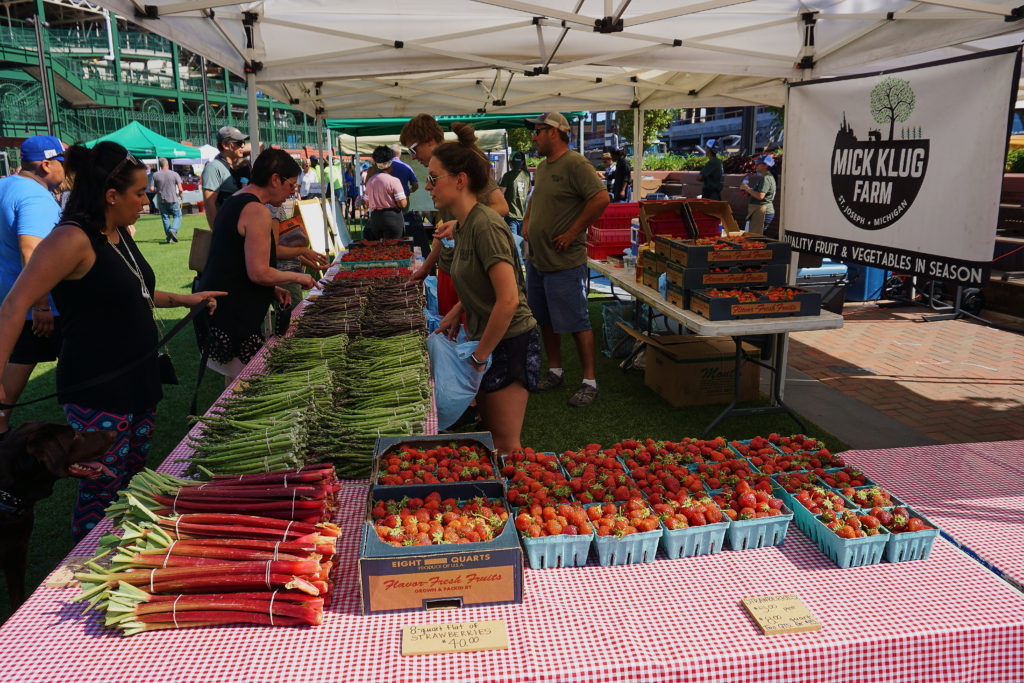 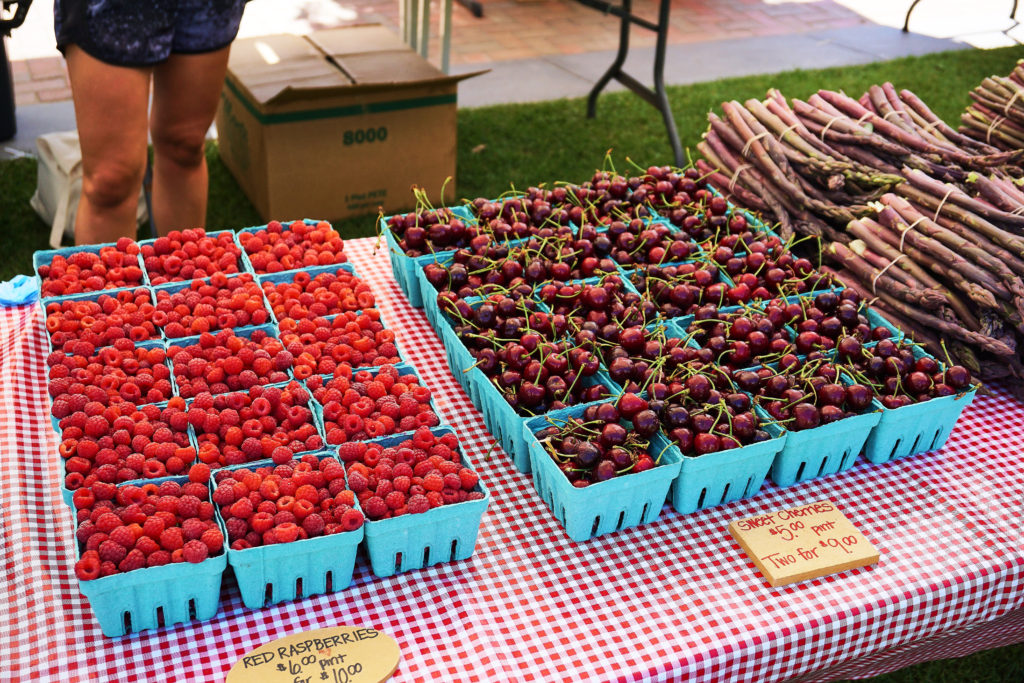 …. as well as fruit that has just hit the market, such as these raspberries and sweet cherries. Photos: Bob Benenson/FamilyFarmed 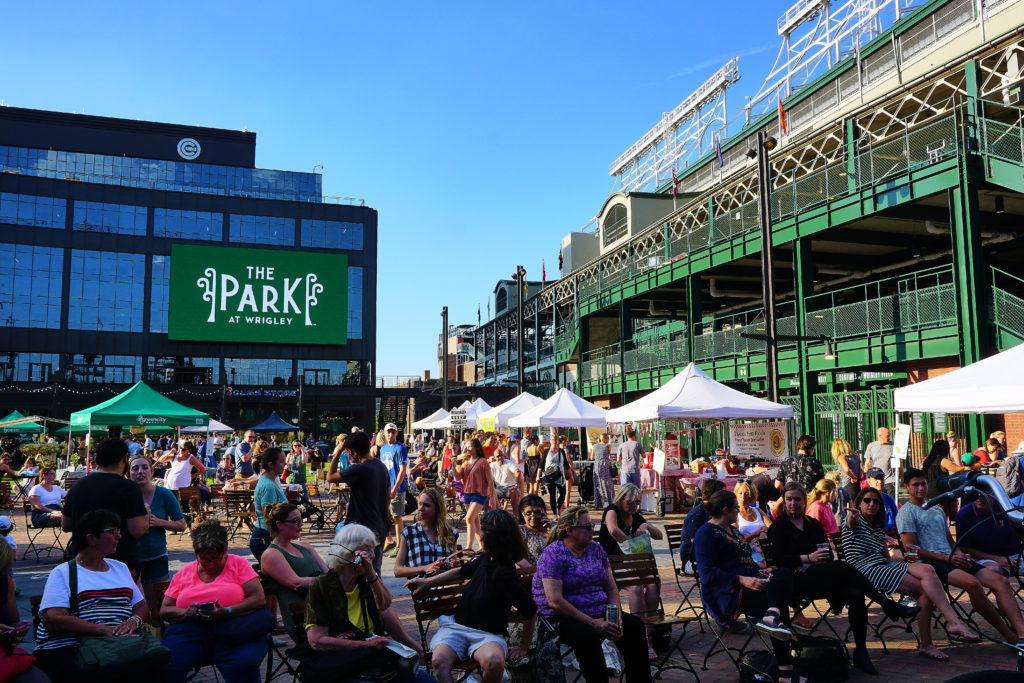 The new Park at Wrigley, site of the Thursday Green City Market, is located just outside historic Wrigley Field and adjacent to the Chicago Cubs’ new office building that also opened this year. Photo: Bob Benenson/FamilyFarmed 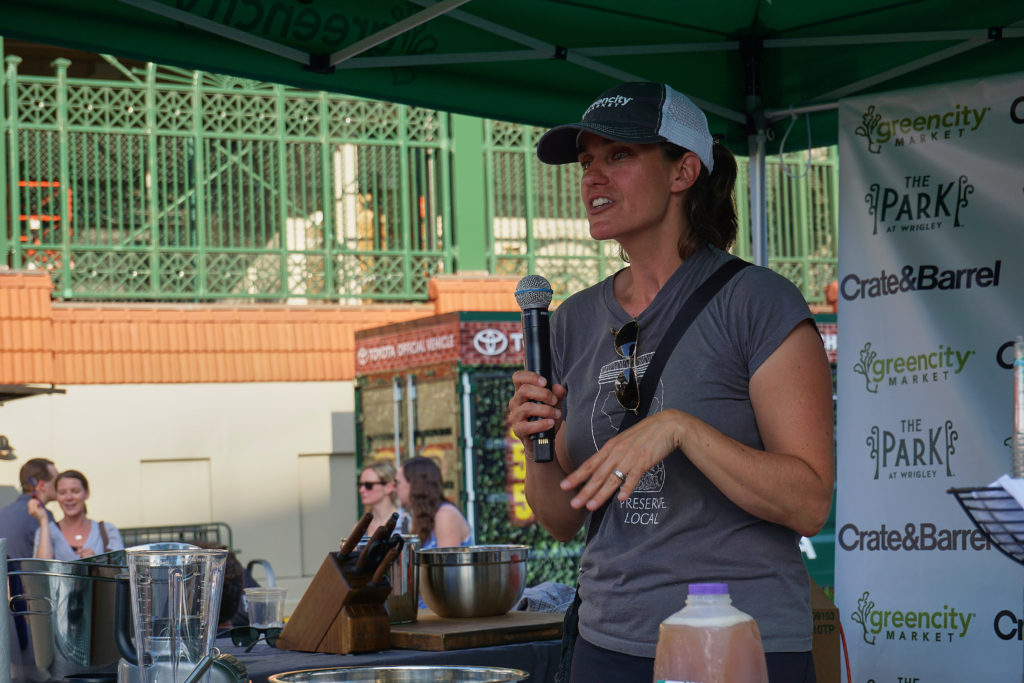 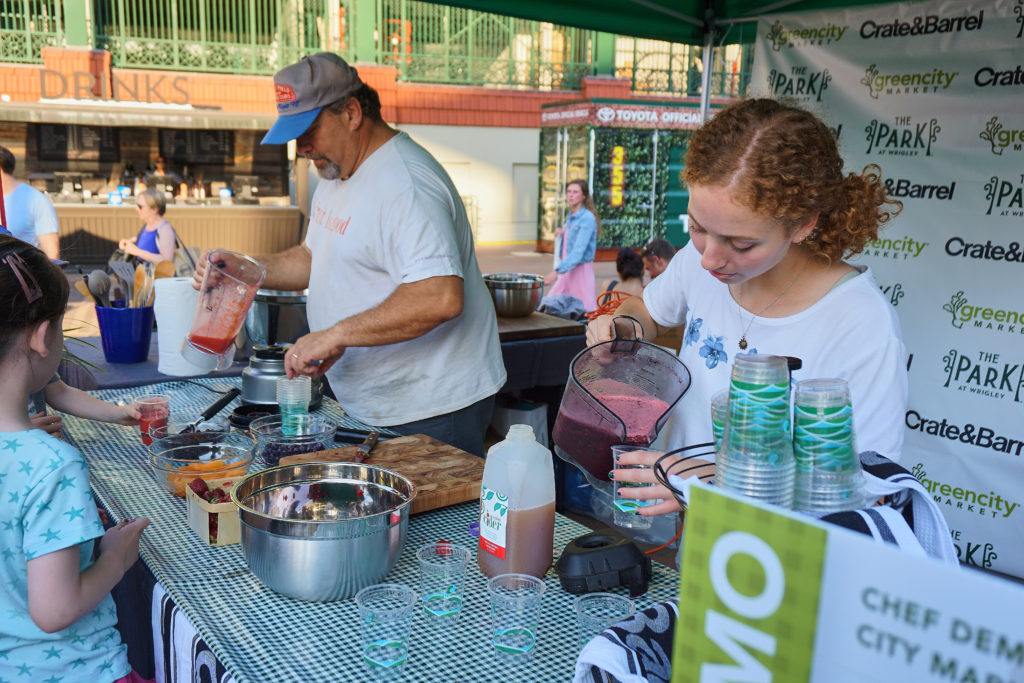 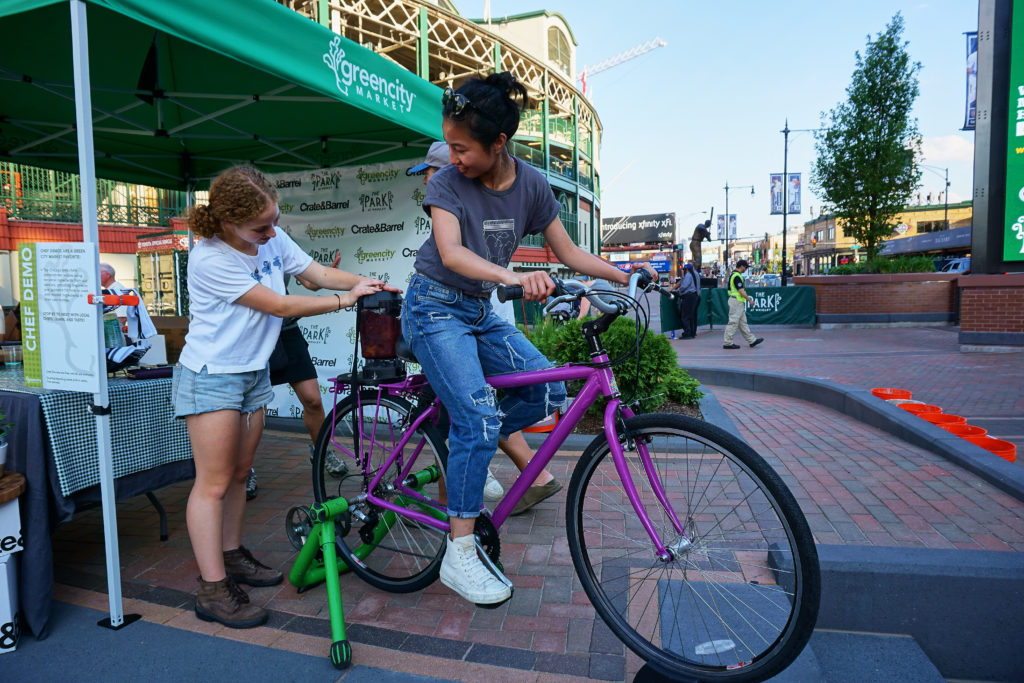 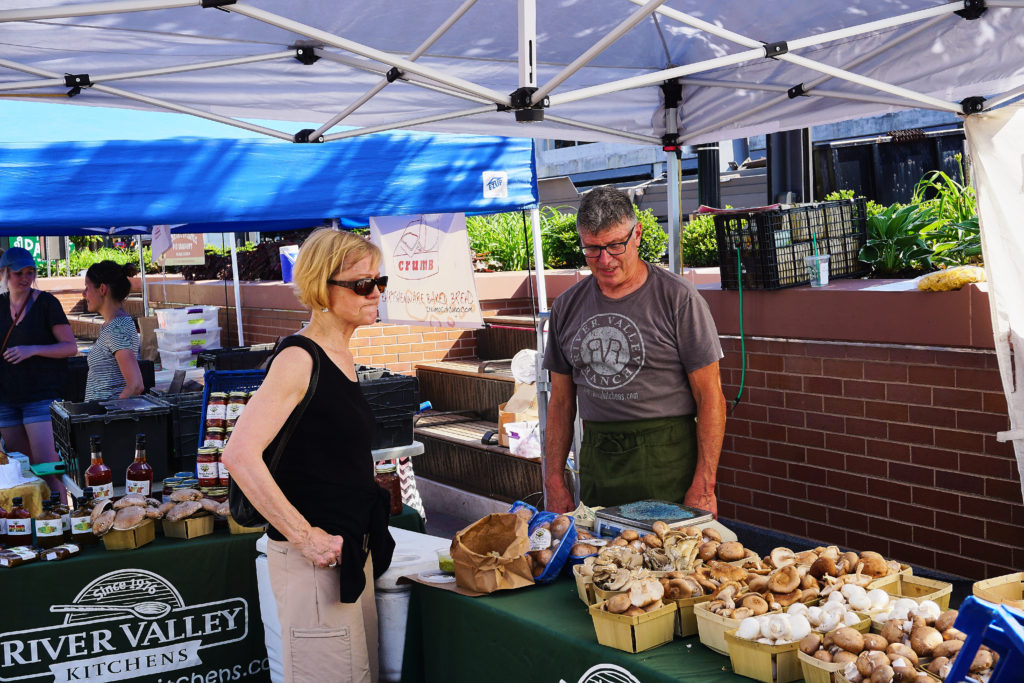 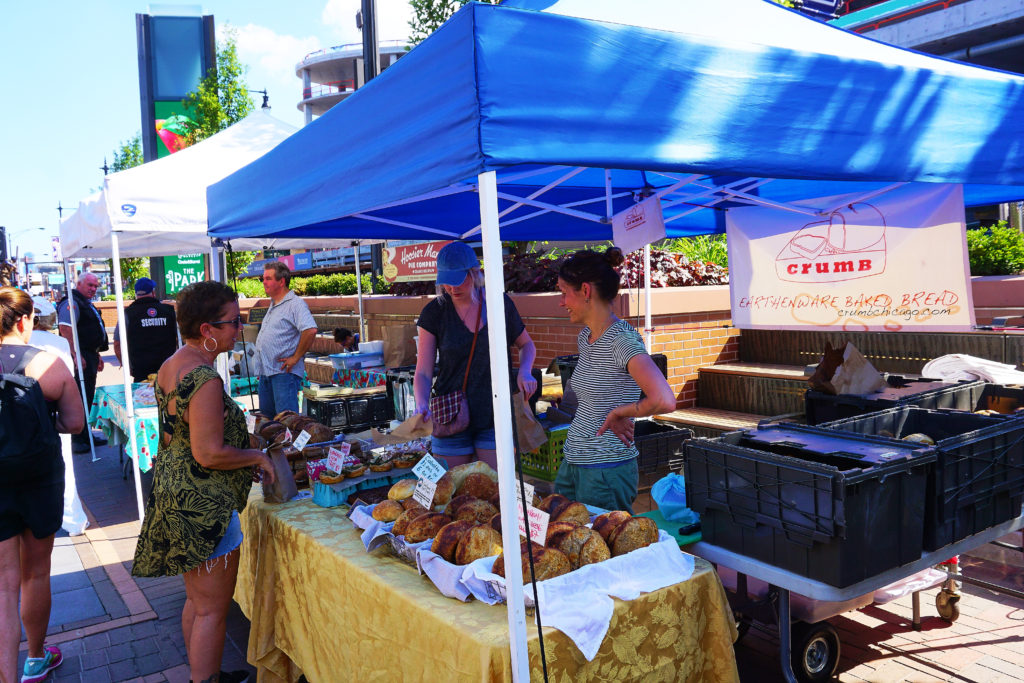 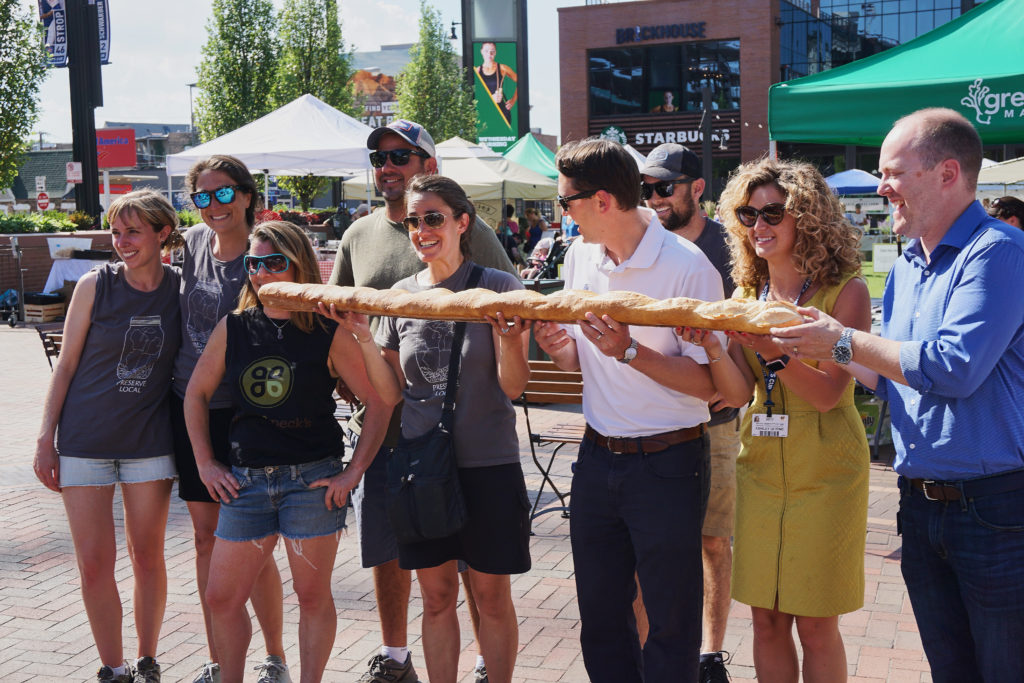 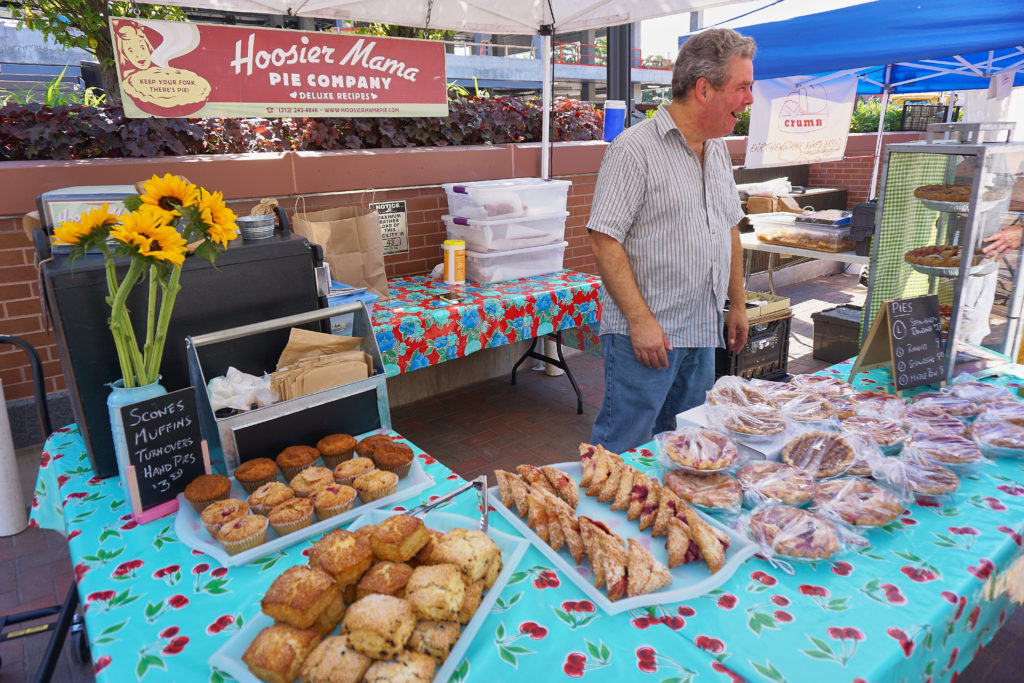 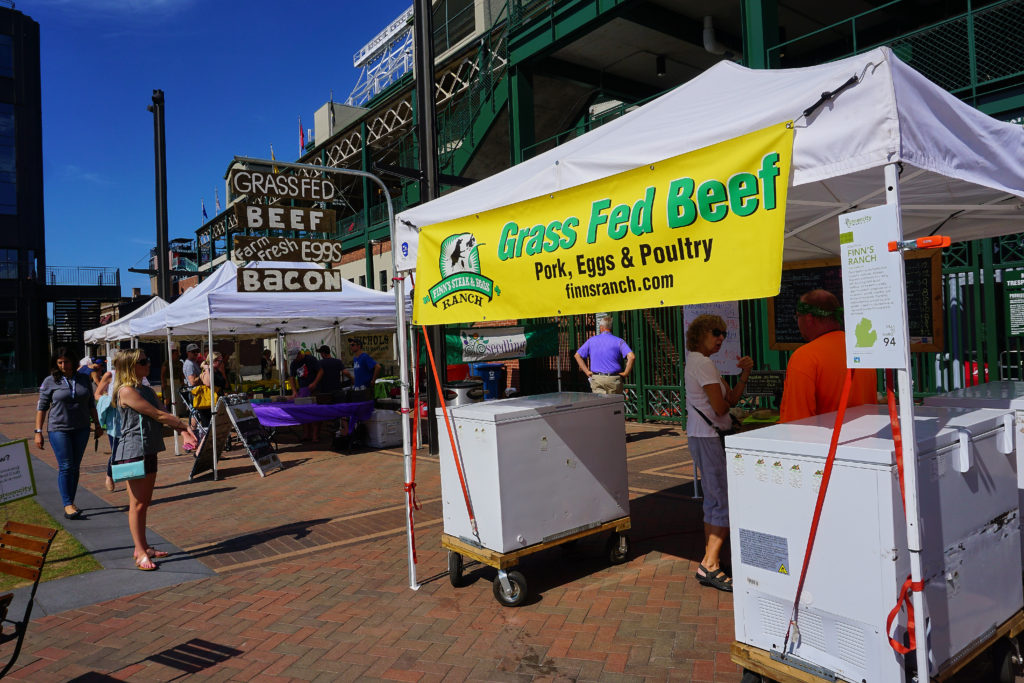 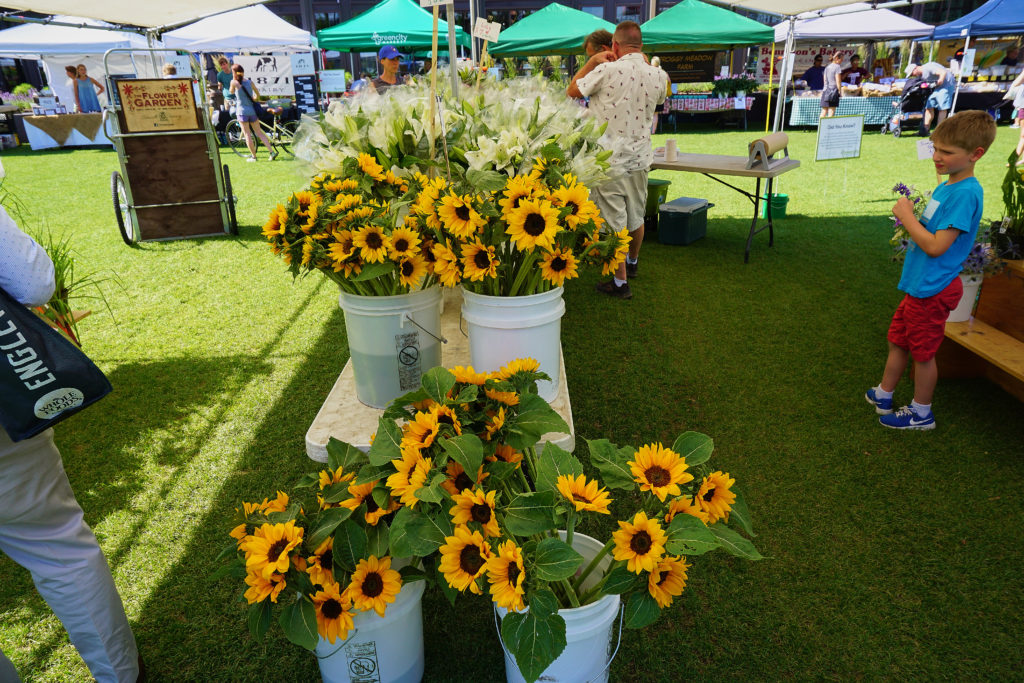 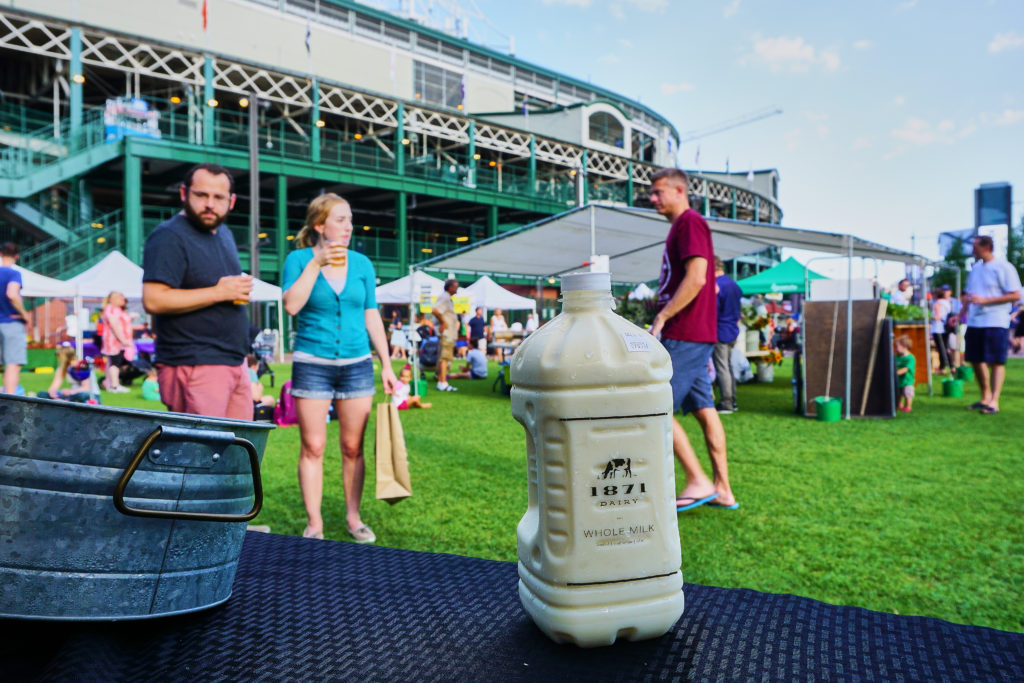