What happens when a group of very committed Good Food activists gets together to discuss ways in which philanthropy and personal action can advance the goals of the movement? It can get personal… but only in the best way, as participants share how their own life experiences shaped their determination to promote a healthier, more sustainable, more humane, and fairer food system in the United States.

This occurred recently at a luncheon organized by FamilyFarmed, the Chicago-based nonprofit that works to expand markets and opportunities for local and sustainable food produced or sold by local farm and food entrepreneurs (and which publishes Good Food on Every Table).

The event was part of the On The Table event, organized by the Chicago Community Trust, which spurred thousands of Chicago-area residents to participate in mealtime conversations aimed at advancing community building. 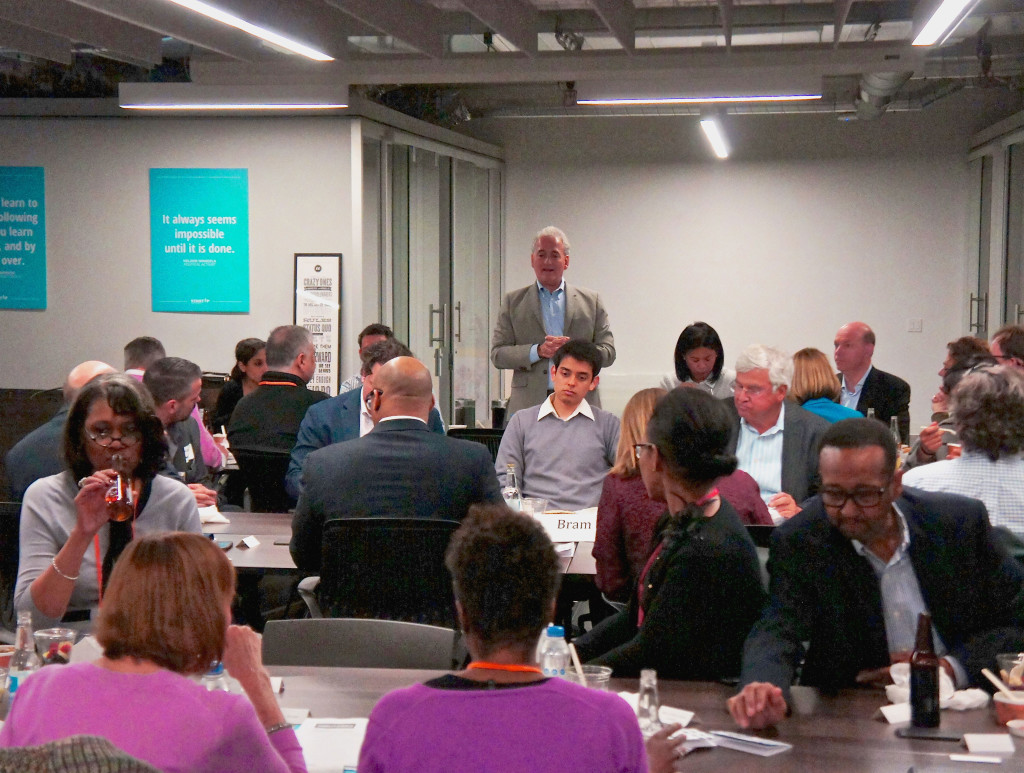 Jim Slama (standing), president of FamilyFarmed, welcomes attendees at its On The Table luncheon conversation about the Good Food movement.

FamilyFarmed’s May 12 event was held at 1871, a rapidly growing center for innovation and business incubation located in Chicago’s famed Merchandise Mart. And it was immediately preceded by the “graduation” ceremony for the first class of nine entrepreneurial businesses that participated in the first class of FamilyFarmed’s Good Food Business Accelerator (see below).

Roughly 50 FamilyFarmed associates and allies were divided among four tables for their lunchtime conversations over sandwiches from Eastman Egg Company, which sources many of its ingredients from sustainable producers in the Chicago region.

The conversations around the tables ranged broadly, as some shared nuts and bolts ideas about promoting philanthropy and raising money. But the attendees at the table at which I sat and participated spent most of the hour discussing their personal relationship with Good Food and how providing more and more people with a better way to eat is a gift in itself.

One participant (we will eschew names because these remarks were made in private) described how a childhood experience of watching her mother bake cookies with a motherless child from the neighborhood instilled in her the importance of giving back to her community. Another spoke of how her father, owner of a small restaurant, would give a bowl of soup and a sandwich to anyone who came in hungry but couldn’t afford to pay.

A grower of salad and specialty greens said local food banks were so grateful for the donations his farm made because they so often received things such as candy instead of healthful produce. One of the younger participants said, “I was introduced to soup kitchens through my church growing up, and tried to challenge myself to see how I could continue doing that.”

The following quotes give a taste of the rest of the conversation:

“I manage an urban garden at the school… I think the reason I keep coming back is the community aspect of it. It’s a place for students to come, it’s like a sanctuary. They can learn skills, but they can also make friends… It’s really cool to just facilitate people interacting with each other through food.”

“One thing that FamilyFarmed centers on more than a lot of organizations that are in this arena is the economic impact. If there’s one biggest selling point that brings together everybody, including policy makers, activists, people out in the field, is the potential for Good Food to provide opportunity to create revitalization. When you look at urban agriculture, it’s giving hope and opportunity to people.”

“As [theologian] Reinhold Neibuhr said, “Nothing worth doing will be completed in our lifetimes. We are planning for future generations… The Good Food movement has so many ripple effects, environment and health, social. We may not live to see full benefits of what we’re doing, but we can have faith.”

The Good Food Business Accelerator is the latest of FamilyFarmed’s major programs that aim to put the faith and commitment of activists such as these to use in expanding the availability of Good Food and making its benefits more accessible to more people. 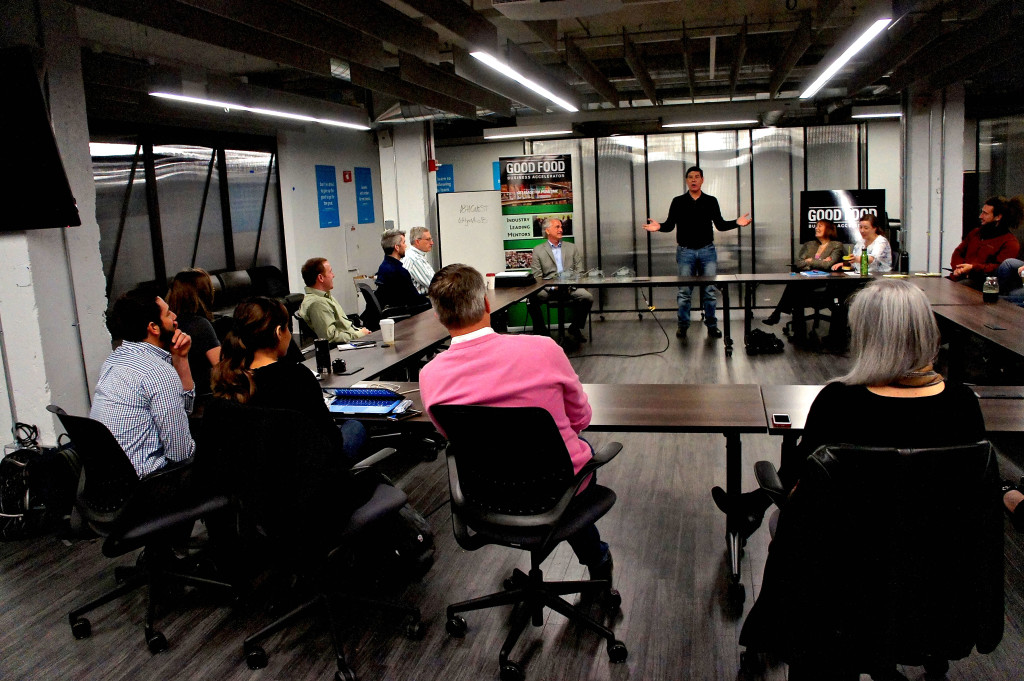 Michael Bashaw (standing), president of Whole Foods Market’s Midwest region, addresses staff of FamilyFarmed and Fellows in its Good Food Business Accelerator at the “graduation” ceremony for the first class participating in the six-month program.

The program, launched in fall 2014, provides an intensive curriculum over six months to competitively selected Fellows — there were nine in the first class that just concluded — along with mentorship, technical assistance, networking opportunities, and interactions with financiers and lenders.

Applications for the 2015-16 program, which begins late this year, will be issued this summer (and will be announced on Good Food on Every Table and on the Good Food Business Accelerator website). Below are “class pictures” of the participants in the first class at their graduation ceremony, with links to their business websites below. 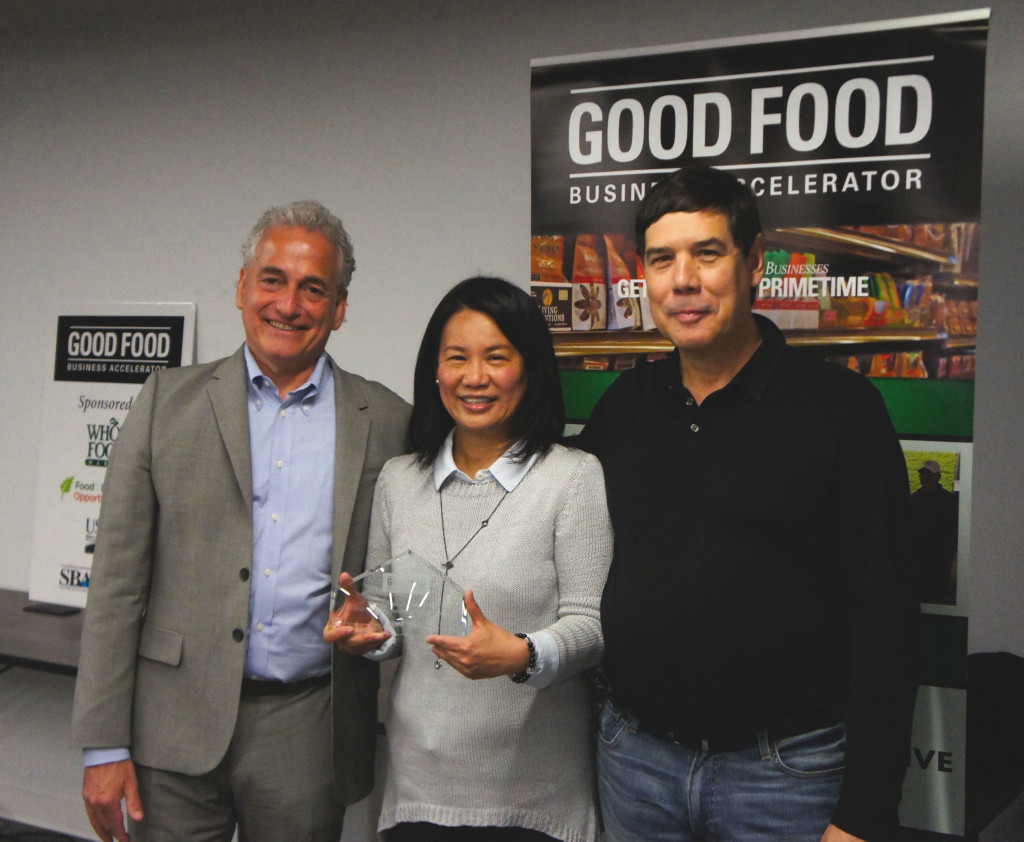 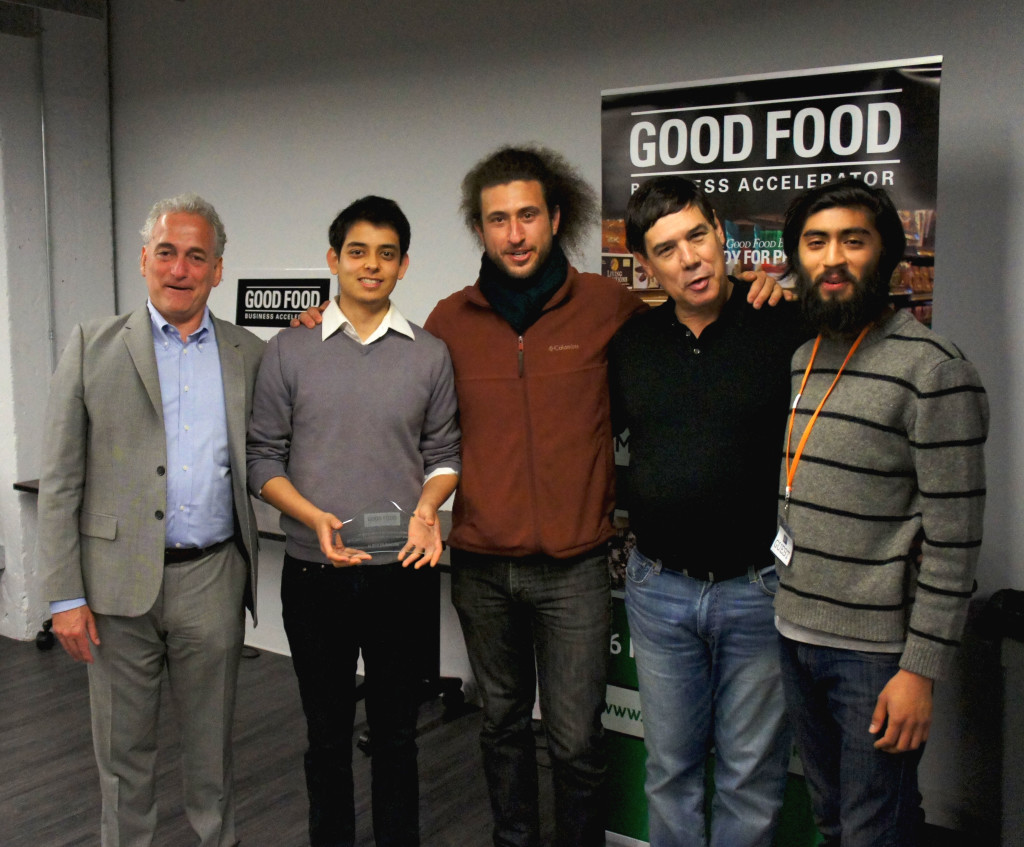 The Urban Canopy, a company that maintains urban farms and a composting operation in Chicago, participated in the first class of the Good Food Business Accelerator. Seen here at the concluding ceremony for the six-month program are (from left) FamilyFarmed President Jim Slama; Alberto Rincón and Alex Poltorak of The Urban Canopy; Whole Foods Market Midwest President Michael Bashaw; and Eric Rodriguez of The Urban Canopy. 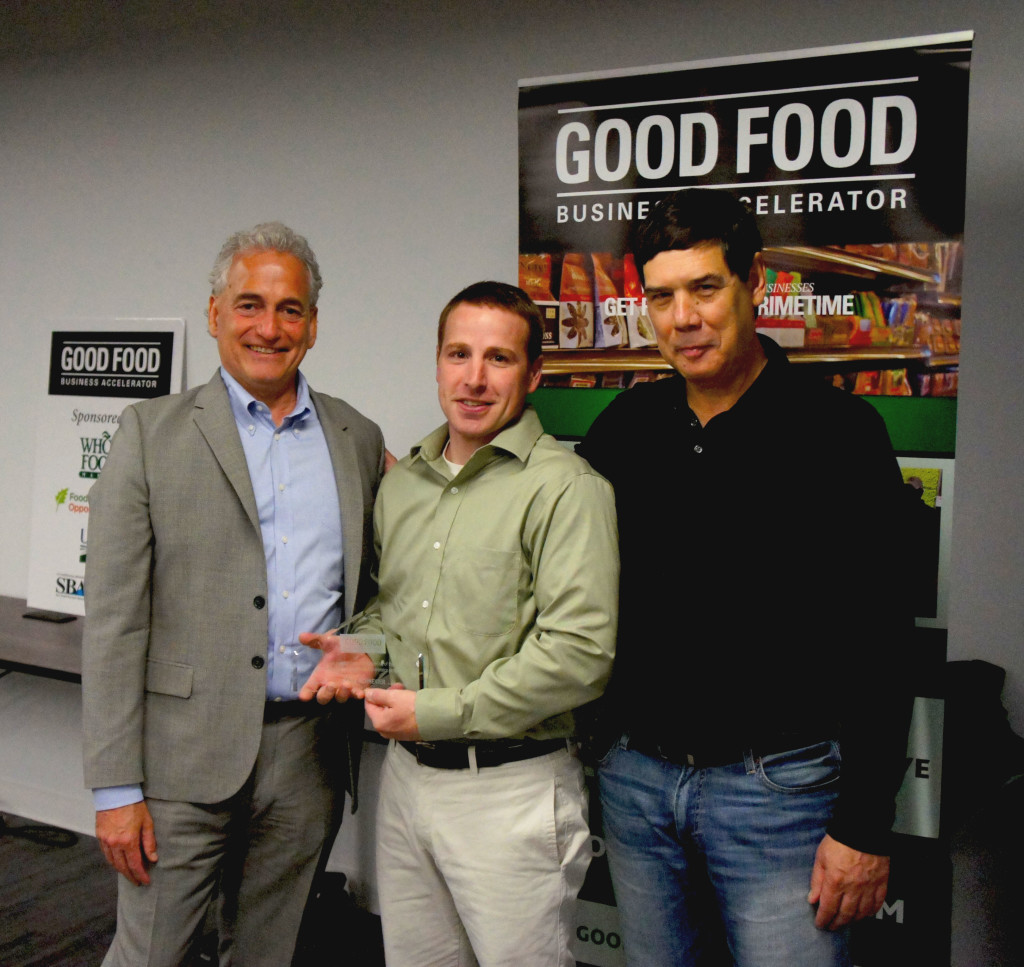 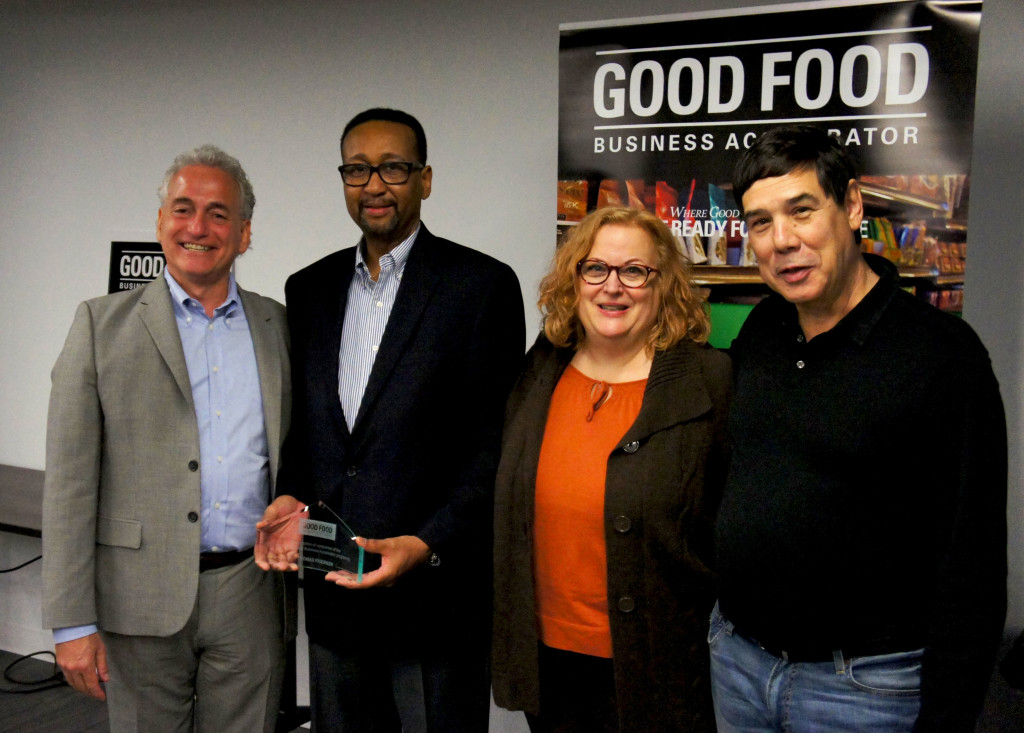 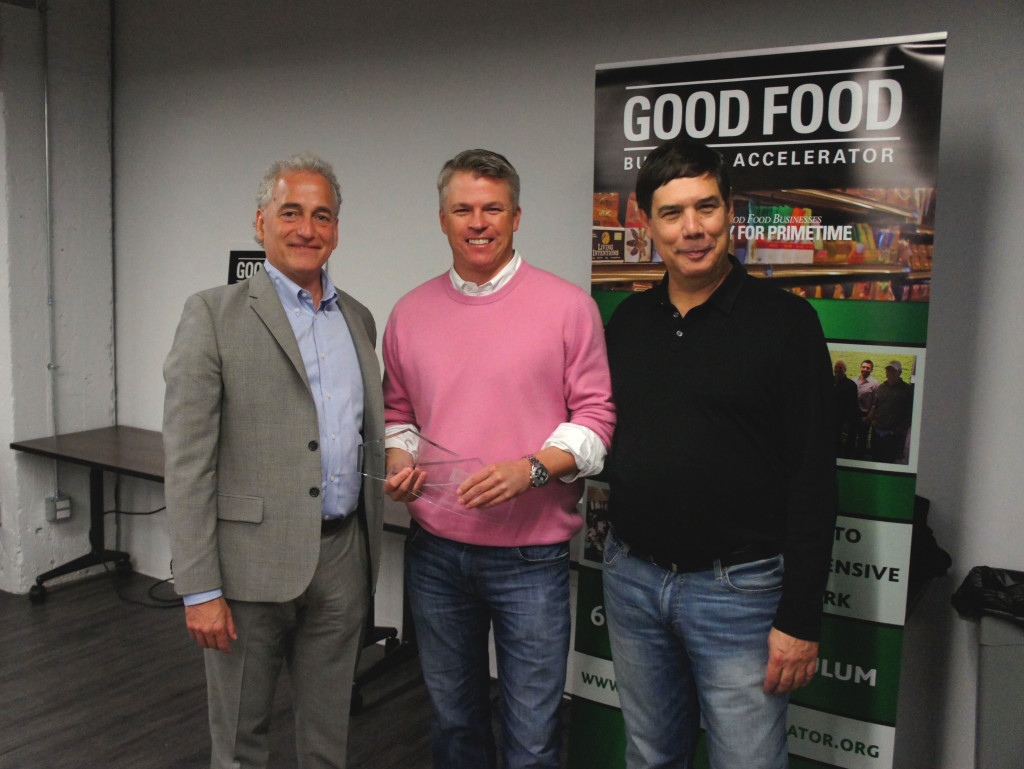 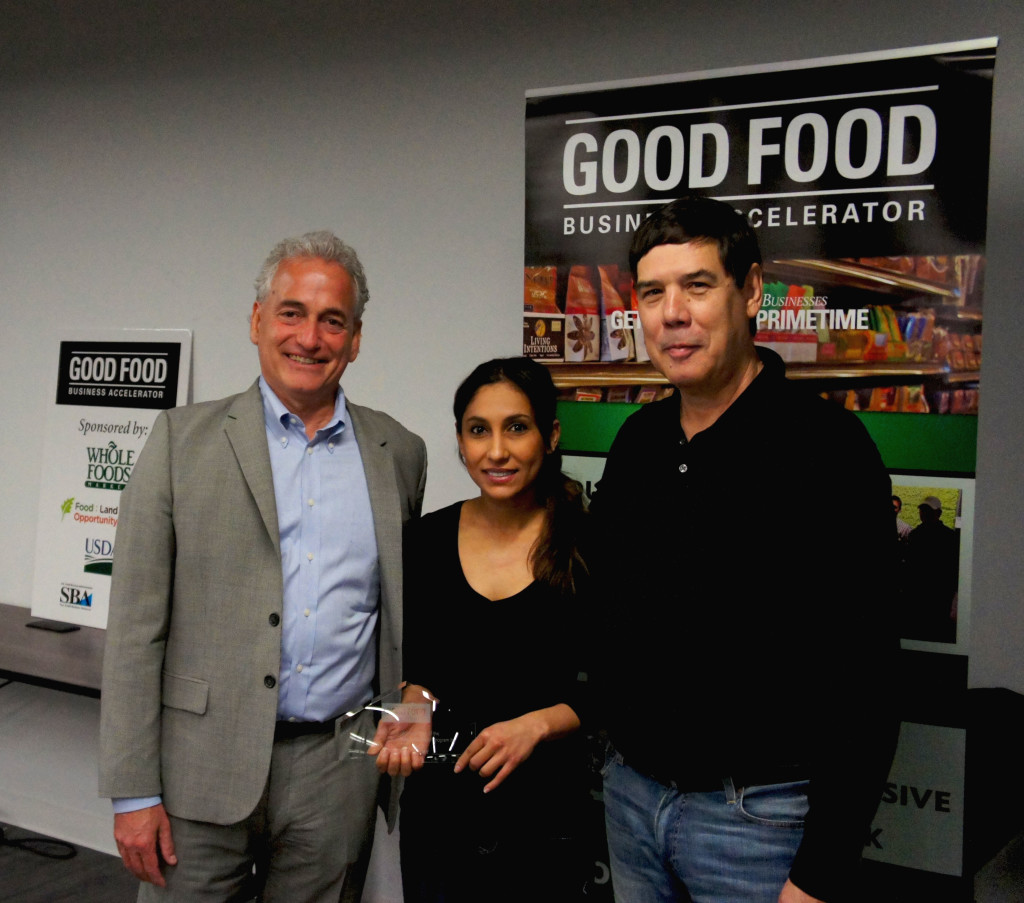 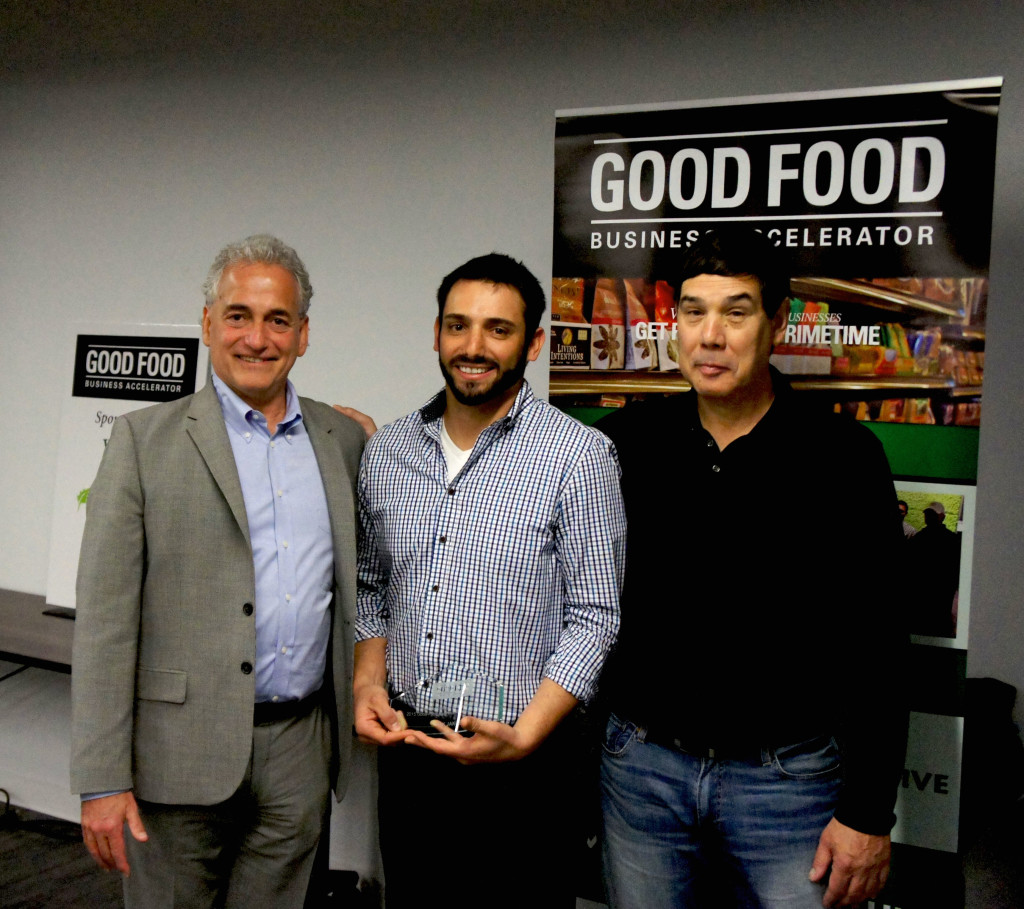 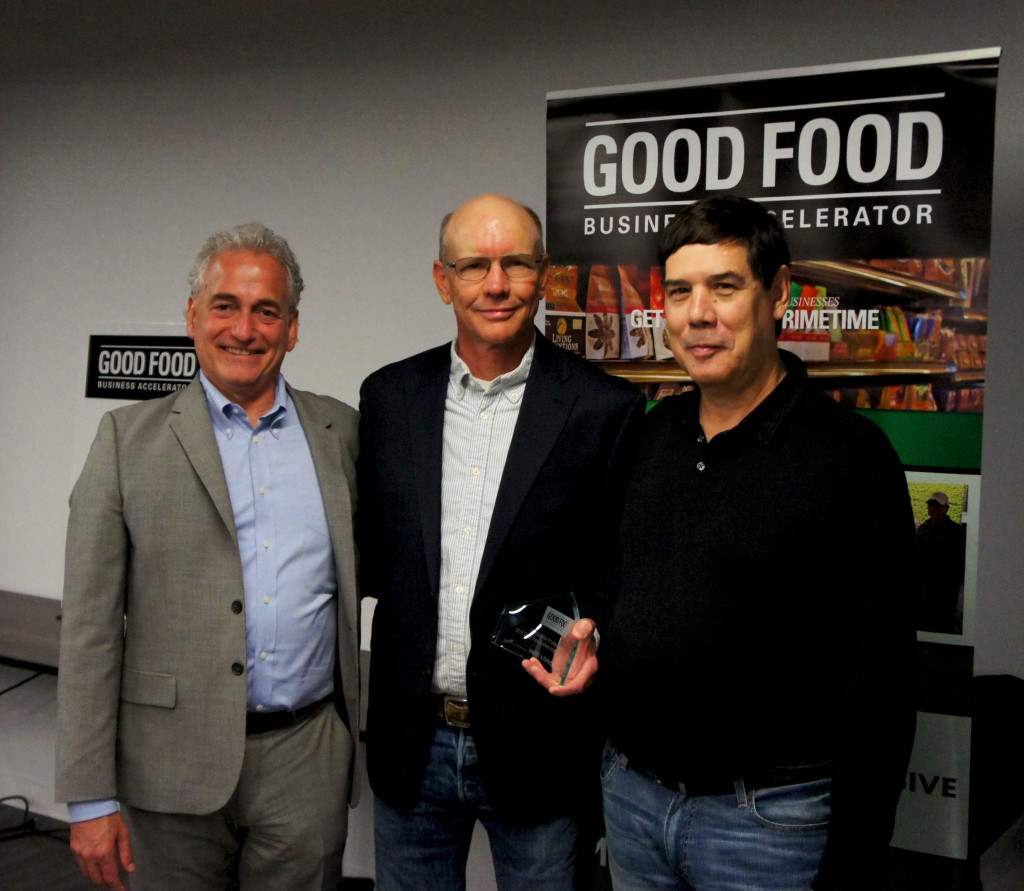 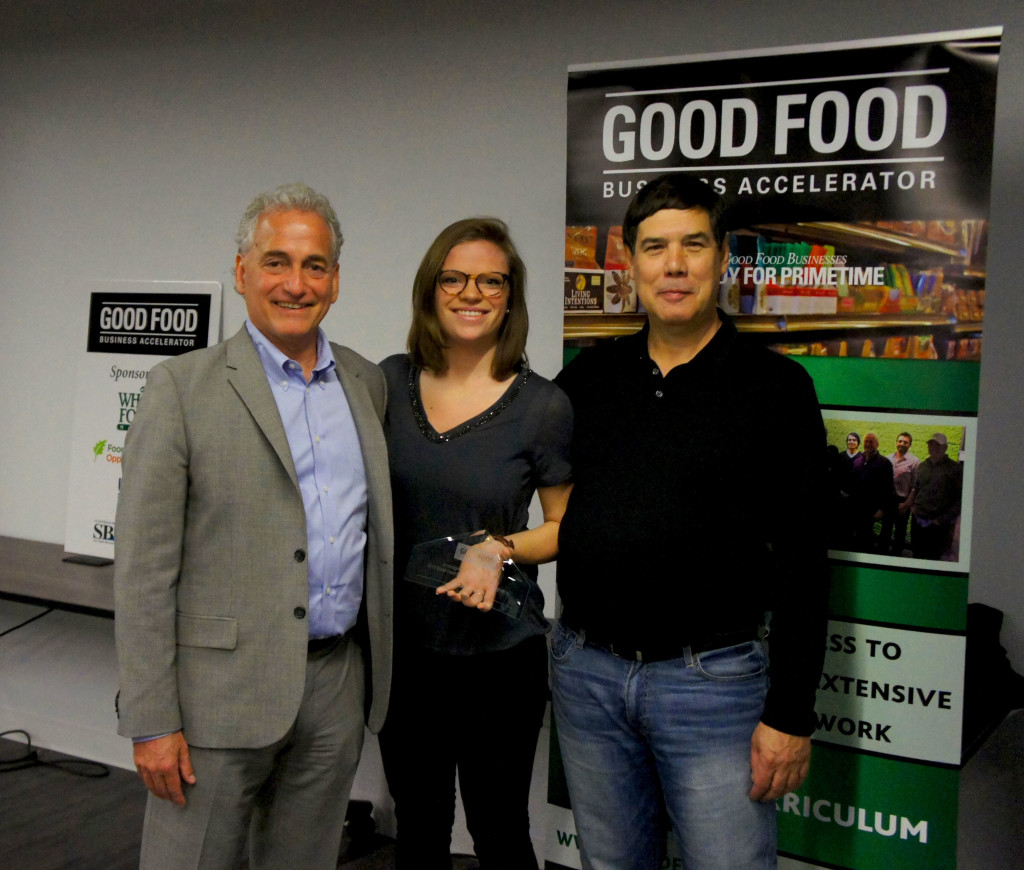 Spark of the Heart: http://sparkoftheheart.com/