Katlin Smith, a 2010 graduate of University of North Carolina business school, was working as a consultant in Atlanta when she started developing recipes to help her body feel stronger inside and out. The food she prepared was so tasty that she decided to explore whether she could commercialize it, walking into a local Whole Foods Market store with samples. 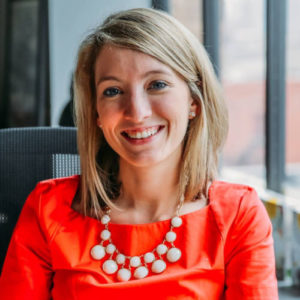 And Simple Mills — one of the fastest-growing brands in the Good Food sector — was born.

In the five years since the company officially launched, Smith moved to Chicago to pursue a master’s degree at University of Chicago’s Booth School of Business. At the same time, she built Simple Mills into an industry power.

“We’re in about 13,000 stores, we’ve got 35 employees, we have the number 1 SKUs in natural baking mixes and natural crackers, and in natural cookies by total dollar volume,” Smith said at Simple Mills’ new offices — still being built out when FamilyFarmed visited on May 22 — in Chicago’s River North community. “I think it’s even more than I could have even hoped to have accomplished with the brand in just five years.” [SKUs are Stock Keeping Units, assigned to individual products and known to consumers for their product bar codes.]

Simple Mills also has developed a big consumer market for its products online, mainly through Amazon.

Smith said her personal experience with changing her diet led her to look more closely at the consumer packaged goods that dominate the nation’s supermarket shelves. “I couldn’t really believe the impact that eating real food has on our bodies and how much of what sits on the grocery store shelves is not in fact real food. It has ingredients you can’t pronounce, tons of carbs, tons of sugar, tons of processed ingredients,” Smith said. 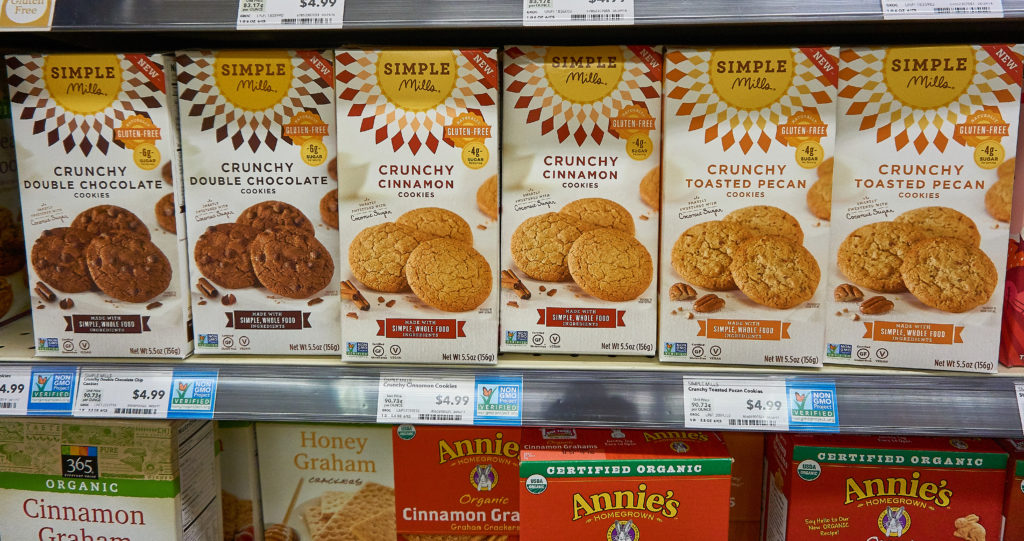 She continued, “So it was looking around and seeing how food was impacting everyone around me that I realized that this was a problem that needed to be solved, and I can’t just sit on my hands and not take part in a solution. I had to make it easier for people to eat real food and make it more mainstream and make it more acceptable.”

Smith said she was not thinking big at the beginning… until an advisor told her that Simple Mills could become the new Betty Crocker.

“That was an a-ha moment for me…” Smith said. “From that moment we’ve set out to really be broader than interesting to just gluten-free consumers or just someone who’s Paleo, but providing an option that’s delicious and has a great cracker crunch and texture of a normal cracker while being full of things that you want to be eating more of, like almonds and sunflower seeds and flaxseeds.” 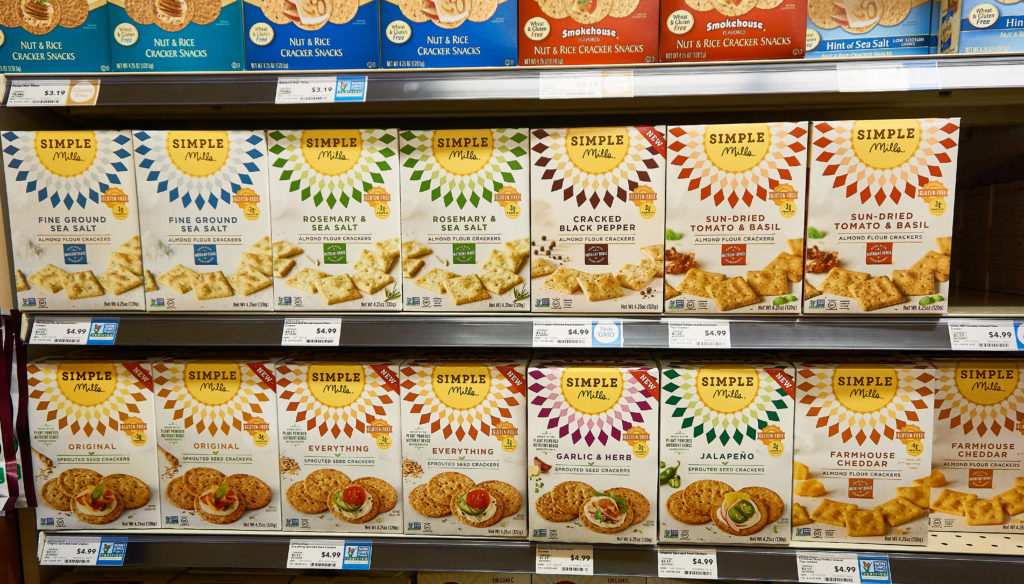 The success has drawn Smith recognition both as a young entrepreneur — she was named by Crain’s Chicago Business to its 20 In Their 20s list in 2015 and by Forbes to its 30 Under 30 list in 2017 — and as a star in the rising cadre of women food entrepreneurs. She was one of three businesswomen, and the only food producer, highlighted by Crain’s in a feature story published in April.

Self-confidence is a key to success, Smith advises other women. “I think that for women entrepreneurs, the important thing is recognizing to really have faith in your abilities and your idea,” Smith said. “That’s one place that I more often see some female entrepreneurs fail even before they get started. They don’t think, ‘This is an idea I can go and pursue.’”

Business success requires a lot of capital, of course, and Smith said it is crucial for women entrepreneurs to make the connections they need to raise it: “Networking, networking, asking anyone and everyone how you can possibly find investors early on.” 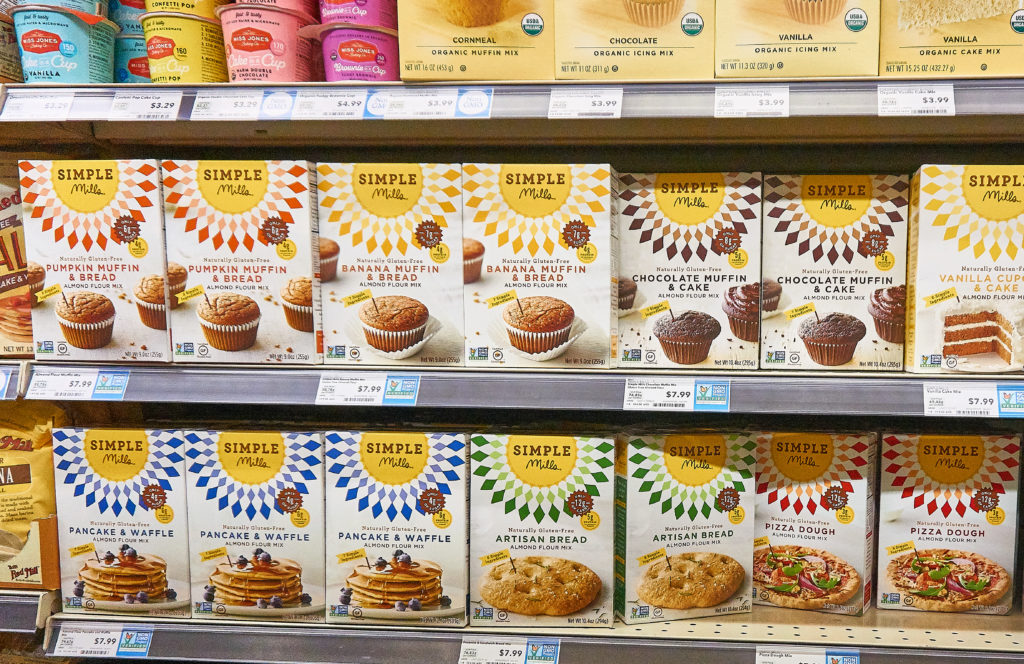 Smith will be sharing these thoughts and more on the Innovation panel at the Good Food Financing & Innovation Conference. She will be joined Megan Klein of Here, which produces bean dips, cold-pressed juices and salad dressings, with an emphasis on local produce; Luke Saunders of Farmer’s Fridge, which is disrupting the vending machine industry with its delicious salads delivered by high-tech fridges; Jean-Pierre Comte, president of the Americas Region for the Barilla Italian food company; and Jim Parsell of OwlTing USA, which marries blockchain technology to a marketing platform for food entrepreneurs.

The panel will be moderated by Dave Donnan, a leading expert on Good Food markets and trends, who is senior partner and head of the global food and beverage team for the A.T. Kearney management consulting firm.

Megan Klein is a graduate of FamilyFarmed’s Good Food Accelerator program. Luke Saunders’ Farmer’s Fridge got a big early boost from its participation in an early Good Food Financing & Innovation Conference, and will be serving lunch at Tuesday’s event.