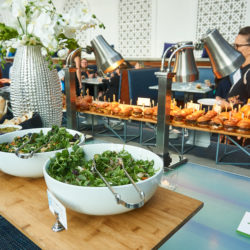 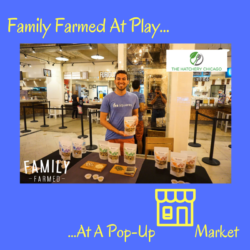 As part of its efforts to assist its small business associates, The Hatchery food business incubator held a pop-up market, sponsored by Groupon, at downtown Chicago’s Revival Food Hall on Saturday (June 17). So we dropped by to visit with a bunch of our food-making friends — and to purchase some of their delicious products, of course!

FamilyFarmed’s Good Food Financing & Innovation Conference, coming up on Thursday, is Chicago’s must-attend event of the year for investors, retailers, wholesalers, distributors and others who want a heads up about the region’s most promising Good Food businesses and products. And the centerpieces of this world-class networking event are the business pitch event and the Financing Fair.

The Hatchery, a food business incubator in Chicago, started up just last year with a small space but big plans. Those plans are now taking a giant step toward fruition with $2 million in economic development funding that is being provided by the City of Chicago. The Hatchery also will participate in FamilyFarmed’s Good Food Festival & Conference March 17 and 18.